WWTDW(TE): A Reclamation Project from the New York Rangers 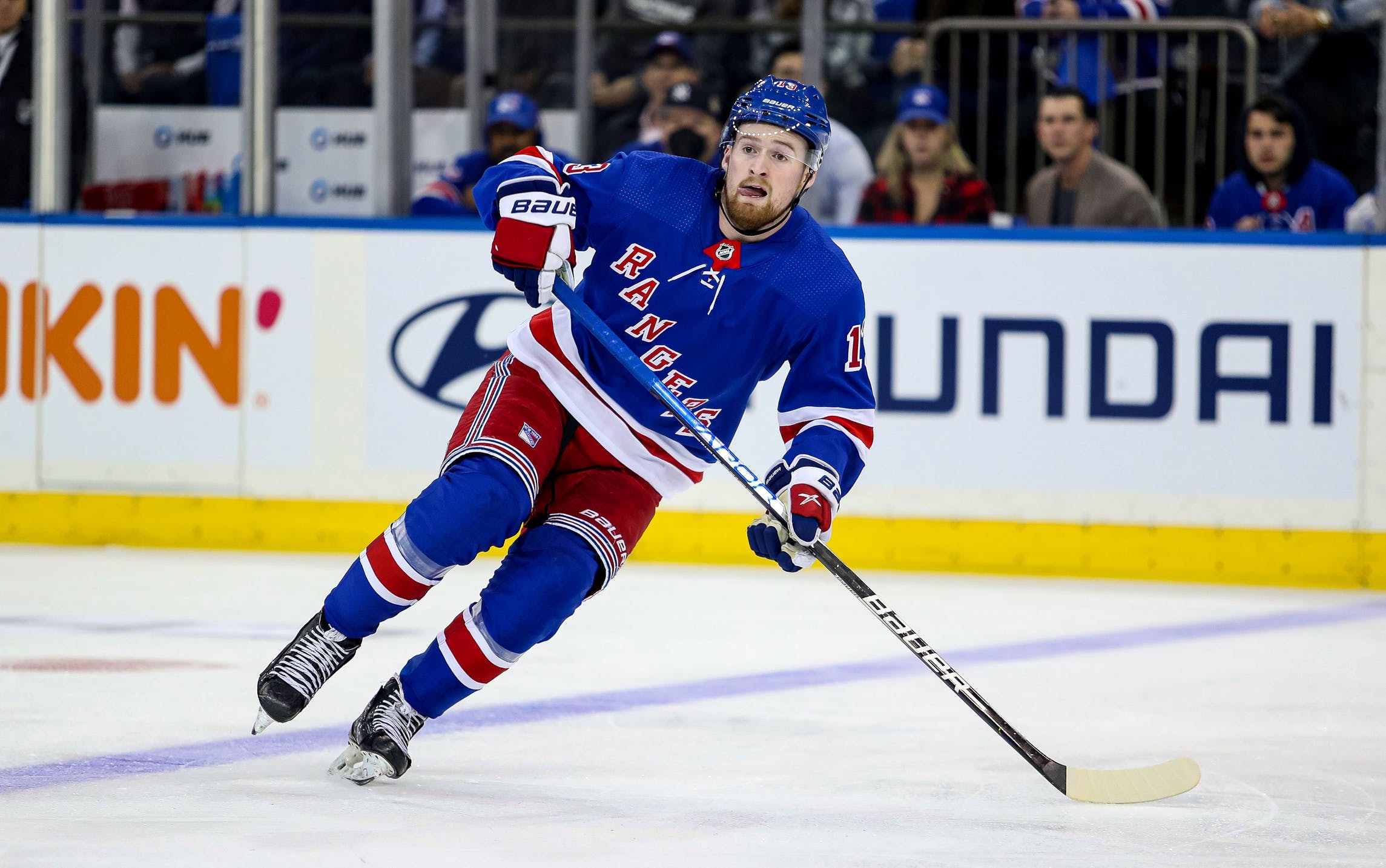 By Cam Lewis
1 month ago
There’s a former top draft pick who’s struggling to produce despite having strong underlying numbers and a change of scenery might be in order. No, we aren’t talking about Jesse Puljujarvi.
Alexis Lafreniere, the first-overall pick from the 2020 NHL Draft, was made a healthy scratch by New York Rangers head coach Gerard Gallant on Thursday. The relegation of Lafreniere to the press box comes just a couple of days after he was demoted to the fourth line for New York’s match with the Washington Capitals on Tuesday, a game that the Rangers dropped 4-0.

“I want him to be better,” Gallant told USA Today when asked to explain Lafreniere’s demotion. “He’s got some chances to play with good people and he’s played well at times, but it’s the inconsistency.”

The Rangers have had a difficult time finding the right spot for Lafreniere to play as he’s stuck behind Artemi Panarin and Chris Kreider on the left side of the team’s forward depth chart. He’s spent most of his time playing on New York’s third line with Filip Chytil and Kaapo Kakko, a pair of other underachieving top draft picks, and he’s also seen some time on his off-wing with Panarin and Vincent Trochek.
Through 36 games this season, Lafreniere has just five goals and 17 points, which is disappointing considering the 19 goals and 31 points he scored as a sophomore last year. After a career in the QMJHL in which he scored 297 points over 173 games, this isn’t where anybody expected Lafreniere to be in his third season in the NHL.
Over at The Athletic, Arthur Staple spoke with an anonymous professional scout whose coverage area includes the Rangers…

“He doesn’t seem to accomplish much out there with or without the puck,” the scout said. “When you watch him play it’s hard to find him out there, has little impact on the outcome. I don’t know if it’s lack of confidence but his processing seems a little bit of a step behind.
“He has to decide what type of player he is going to be. If it’s going to be a guy that is strong down low and take pucks to the net then that’s what he has to do consistently. I don’t feel like he has an identity right now. I think we saw a bit of it during the playoffs but then he got away from it.”

The biggest need of the Edmonton Oilers right now is on the blueline but, yet again, the team finds itself struggling with depth scoring. Lafreniere isn’t the first highly-touted young player to struggle to break through with the Rangers in recent memory, and a change of scenery might be necessary for him to reach his potential.
What say you, Nation? Would Alexis Lafreniere be a worthwhile target for the Oilers? What would you be willing to give up for the former first-overall pick?
Featured
Oilers Talk
WWYDW
Recent articles from Cam Lewis