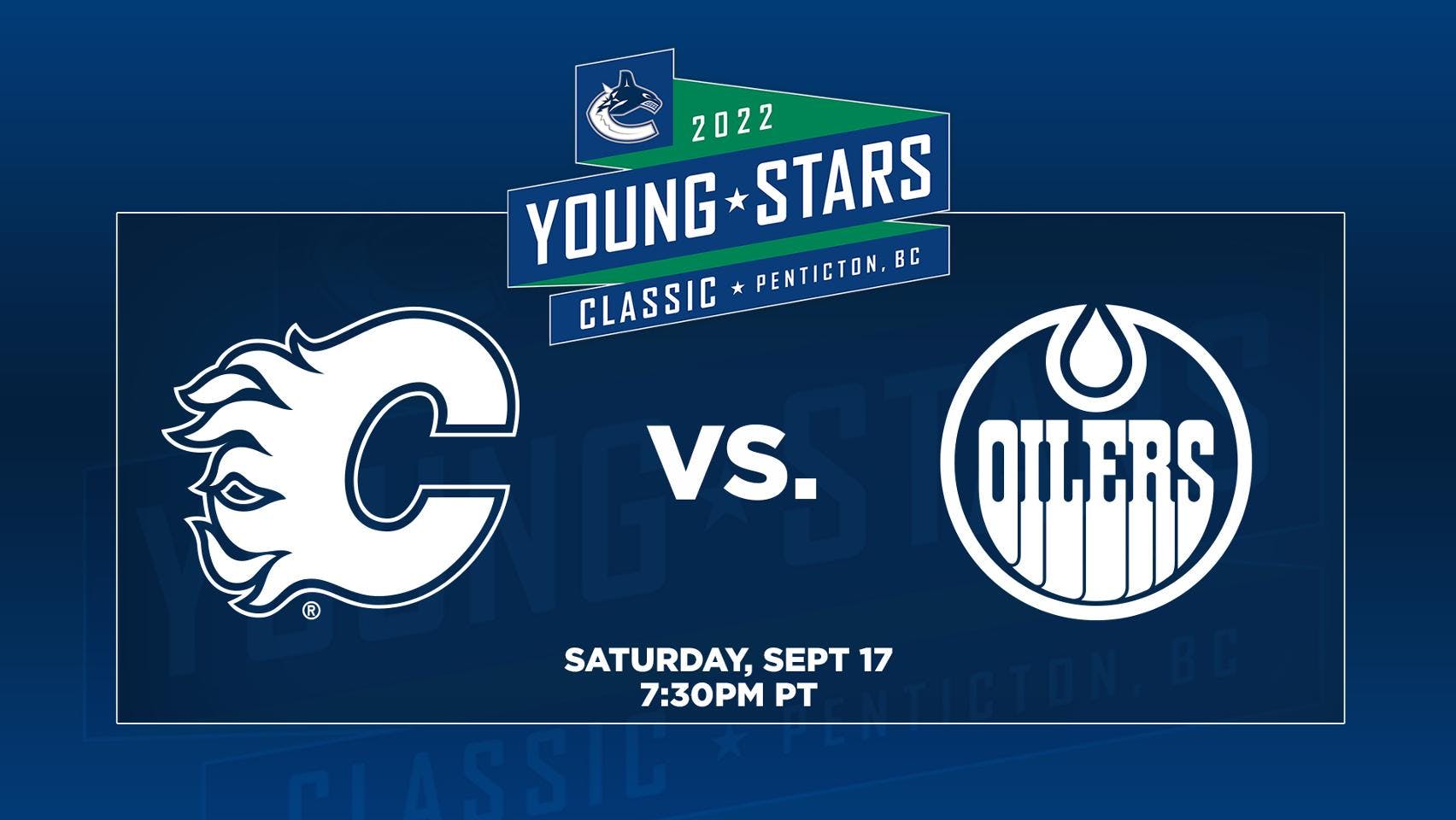 By Cam Lewis
4 months ago
After beating the Winnipeg Jets Rookies to kick off the tournament on Friday, the Edmonton Oilers Rookies continued to mow through the Penticton Young Stars Classic with a commanding 4-1 victory over the Calgary Flames Rookies on Saturday night.
Let’s go through all of the interesting stuff from Saturday night…

The Oilers Rookies opened the scoring just over three minutes into the game. Noah Philp, an undrafted free agent signing from the University of Alberta Golden Bears, carried the puck up ice and wired a snap shot through the legs of a Flames defender and under Dustin Wolf’s blocker.
The Flames scored before the end of the first period to knot the game up at 1-1 but it was all Oilers the rest of the way. In the second period, the Oilers Rookies’ top line of Dylan Holloway, Xavier Bourgault, and James Hamblin connected again. The line buzzed around and got a few looks before Bourgault found Hamblin in the high slot and he wired a shot glove side past Wolf to make the score 2-1.
The score remained at 2-1 until the middle of the third period when the Oilers Rookies ran away with it. Hamblin won a faceoff and carried the puck up ice and fed Holloway just as the trio was breaking into Calgary’s zone. Holloway slowed up a little bit, dragged the puck into the slot, and sniped a shot past Wolf to make the score 3-1.
Holloway also added an empty-net goal with a few minutes left on the clock to give the Oilers Rookies a 4-1 victory.

The Oilers Rookies will wrap up the tournament on Monday afternoon when they play the Vancouver Canucks Rookies at 3:30 p.m. MT.
News
Post Game
Recent articles from Cam Lewis