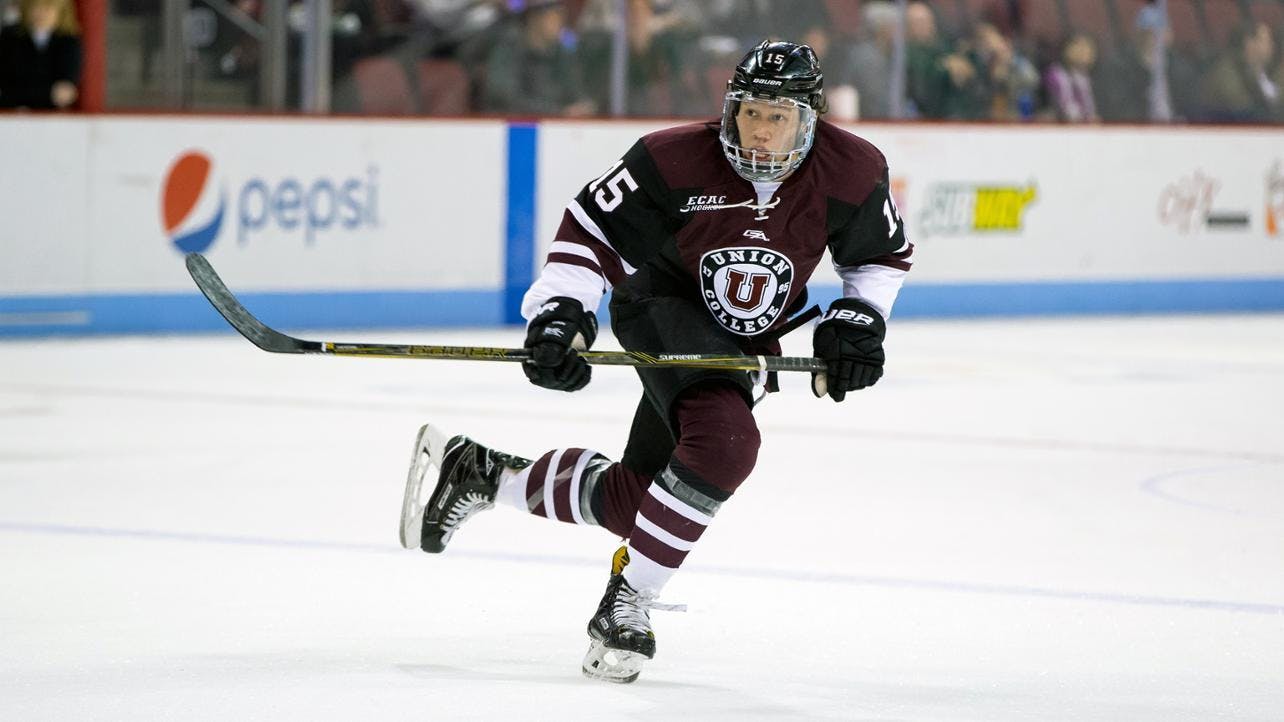 Perry Nelson-USA TODAY Sports
Here is a quick comparison of Foo to Drake Caggiula. Foo turned 23 in May, Caggiula turned 23 this month. Last summer the Oilers signed the undrafted Caggiula to a two-year ELC. This past season Caggiula played 60 games in the NHL. He missed the first 18 with a hip injury, while Foo lit up NCAA scoring 26-36-62 in 38 games.
Here is a quick look at their 20 and 21 year-old seasons in NCAA.
Advertisement
Ad
Advertisement
Ad
Foo scored 11-14-25 in 39 games in 2015.
He scored 12-13-25 in 26 games in 2016.
Caggiula tallied 18-18-36 in 42 games in 2015
He scored 25-26-51 in 39 games in 2016.
Caggiula had 87 points to Foo’s 50 over two seasons. Caggiula was in his third and fourth years of College while Foo was in his first two. Adjusting to the NCAA has to be factored in, but some also like using age as a baseline for a comparison. No comparison is perfect of course, but it gives us some numbers to consider.
Foo had an excellent campaign in his third season at Union and decided to turn pro. He will sign a contract very soon and Detroit and Calgary seem to be the two front runners, but Edmonton has had talks with Foo’s camp as well.
Advertisement
Ad
Advertisement
Ad
Here is Button’s scouting report on Foo.
He is a good skating, good thinking player. I don’t see a high-end offensive player in the NHL, but he can create chances with his skating and mind. Doesn’t have the quick hands or shot to be prolific. Competes well. I see him as having 8-12 forward potential depending on how you want to build your group.
Foo looks ready to be on an NHL roster and that is a good value signing for any NHL team, but no one should expect him to be a dominant force right away.
It is great to value NCAA free agents, but over-hyping them doesn’t help the player or the team.
Recently by Jason Gregor: