Advertisement
Ad
Oilers With Legit Prospects at All Three Positions 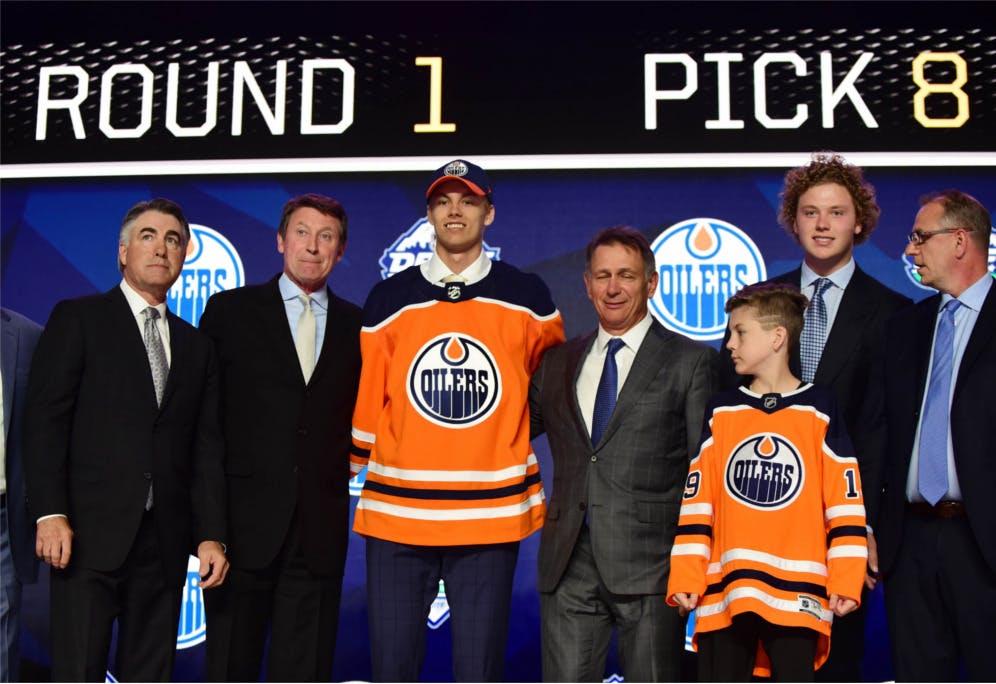 Feb 6, 2020; Edmonton, Alberta, CAN; Edmonton Oilers forward Tyler Benson (49) and San Jose Sharks forward Alex True (70) look for loose puck during the first period at Rogers Place. Mandatory Credit: Perry Nelson-USA TODAY Sports
I asked Gretzky about Benson, who comes to training camp in a battle for the fourth line left wing spot with Brandon Perlini and Devin Shore.
“I thought he did a very good job on the penalty kill last year,” said Gretzky. “But mainly he learned how to play without the puck and defend. I thought he did a really good job of that. Everyone talks about his skating, but I think his skating has come a long way.”
Advertisement
Ad
Advertisement
Ad
If Benson is going to crack the Oilers lineup it will be in a bottom six role and on the PK. Despite being a scorer in the AHL, I don’t see him in that role in the NHL. It is very difficult to be a top-six forward in the NHL. Benson thinks the game at an NHL level. He is good on the boards and dependable. It will come down to can he be a solid penalty killer and most importantly can he skate at the NHL level.
I’m curious to see Matvei Petrov. He has a great wrist shot, I’m told. He scored 22 goals in 58 games last season in Russia’s junior league (MHL). Edmonton could use a sharpshooting winger. I’m not saying he will become one, but he’s an offensive player and if he can fill out his 6’2″ frame in the next few seasons and continue to improve his skating maybe he will be a late round pick who pans out. The Oilers haven’t had a late-round forward pick pan out since Kyle Brodziak was taken in the seventh round in 2003.
Advertisement
Ad
Advertisement
Ad