Advertisement
Ad
GDB 4.0 Wrap Up: Oilers get back in the win column with impressive (and stressful) 6-4 win over Carolina 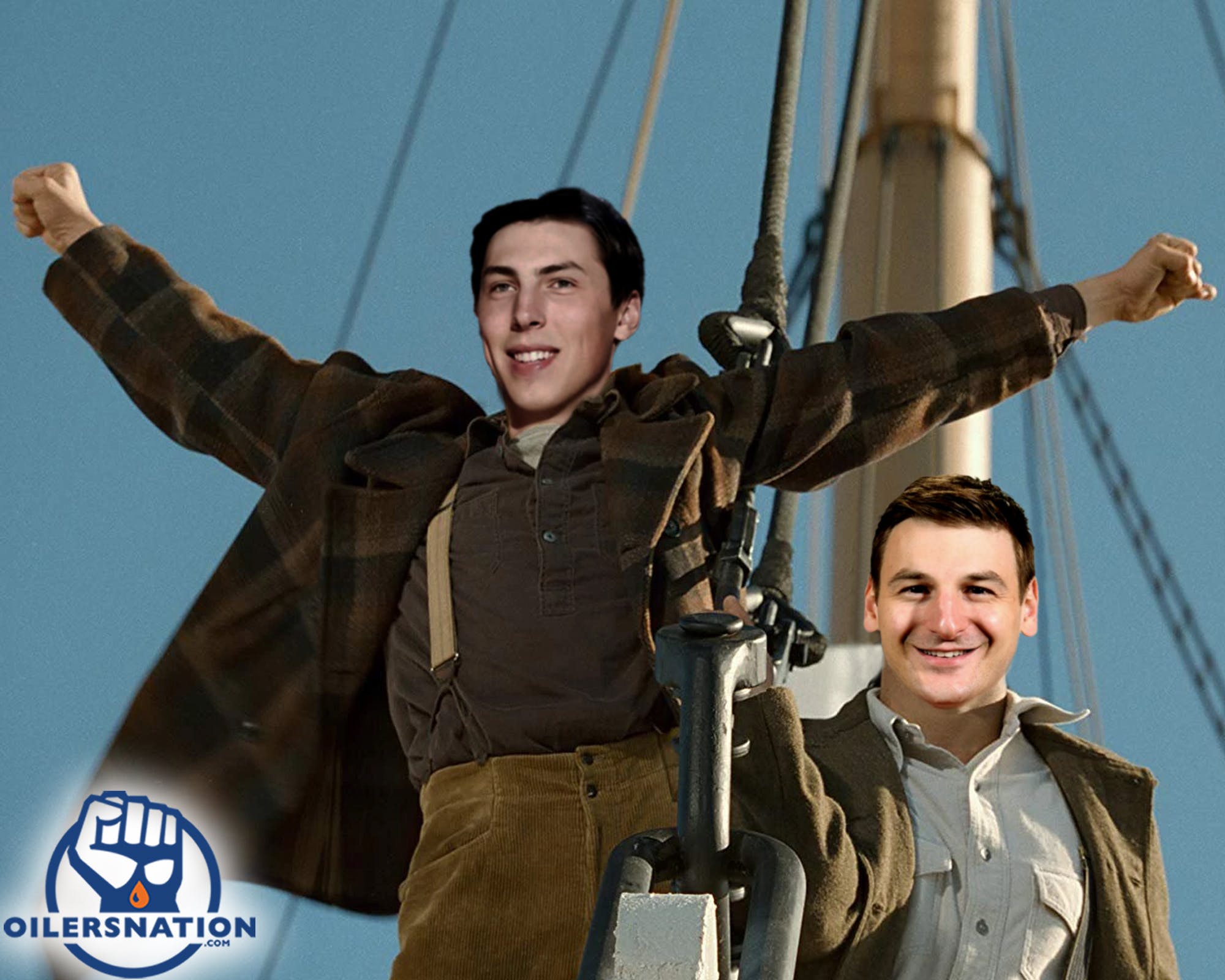 Photo credit: Tom Kostiuk
By baggedmilk
1 month ago
Comments
You love to see it. Final Score: 6-4 Oilers
I don’t think I’m talking out of school when I say that the Edmonton Oilers need to figure out how to start on time. Outside of Tuesday’s game against Buffalo, the Oilers haven’t been able to get themselves going from the opening draw and that was simply not going to work against a team with as many weapons as the Hurricanes. Like it or not, Carolina is a very good hockey team *spits* and I was nervous about what they would be able to do if the Oilers screwed around for the first 10 or 15 minutes again. And like an answer to our prayers, the boys hit the ice with energy and managed to make it through the first half without looking like a dumpster fire in their own zone. Toss in the fact that Zach Hyman grabbed his first goal of the year and gave the Oilers their first lead since the opener and you’ve got a nice little dose of sunshine to clear up some of the dark clouds that have been hanging around over the last few days. It wasn’t a perfect period, but dammit I’ll take a one-goal lead over a two-goal hole any day.
Advertisement
Ad
Advertisement
Ad
Moving into the second period, I was looking for the Oilers to keep doing what they were doing with the exception of maybe getting a few more bodies toward the front of the net. I love a pretty goal as much as the next guy, but there’s something about a greasy marker that really gets the blood pumping. The first step, of course, would be for the Oilers to keep their foot on the gas and avoid reverting back to the sloppiness that burned them against the Flames and Sabres. If that could do that, we’d be fine. Instead, what we got was an early goal against by Svechnikov that sent my heart falling into my ginch, fear of the worst creeping its way back into my mind like an acid flashback. Not again, I thought. Thankfully, the Oilers responded soon after with a pair of quick goals from McLeod and Kane to restore their lead with a little bit of insurance for good measure. Despite not having a stellar period, the Oilers found some offence and it was refreshing to see after getting goalie’d on Thursday by Buffalo. The Hurricanes did get one back before the period ended, but the Oilers maintained their lead heading into the intermission.
Advertisement
Ad
Advertisement
Ad
Advertisement
Ad
Advertisement
Ad
Up by one with a period to play, the Oilers were in a good spot to get back in the win column provided that they could keep a handle on the inevitable pushback that Carolina was bound to throw their way. As is the case in every NHL game, there’s always a storm to weather when you’re trying to defend the lead, and it was going to be a major test for the Oilers to see if they could make it through. What I didn’t necessarily expect was that the Oilers and Hurricanes would continue trading goals back and forth like some kind of stressful seesaw. It was one of those nights that seemed like the last save would be the difference, and that made for a nail-biter finish for anyone cheering for the home side. Yet, despite the lack of breathing on my side of the TV screen, the Oilers found a way to bend without breaking and close out a win they worked their asses off to earn. Even though there were still way too many WTF moments that need to get cleaned up, the boys got themselves back in the win column against a very good team, and I’m hopeful this result will give them a boost of confidence going forward. By no means was it perfect, but the Oilers just beat a damned good team and I think we can all be happy with the result even though the journey to get there was anything but smooth.
The wrap.

He’s doing this after every Oilers goal. Hope we get 10 tonight.

Ryan Nugent-Hopkins with the 6th four-point game of his career. He also one game with five points. @OilersNation @jsbmbaggedmilk

On the latest episode of BLTN, I ran through my excitement for a new Oilers season, told a story about “meeting” Jack Campbell, my love of blink-182, and a whole lot more. Subscribe to Better Lait Than Never for FREE on Spotify, Apple Podcasts, Google Podcasts, and wherever else you get your podcasts from!