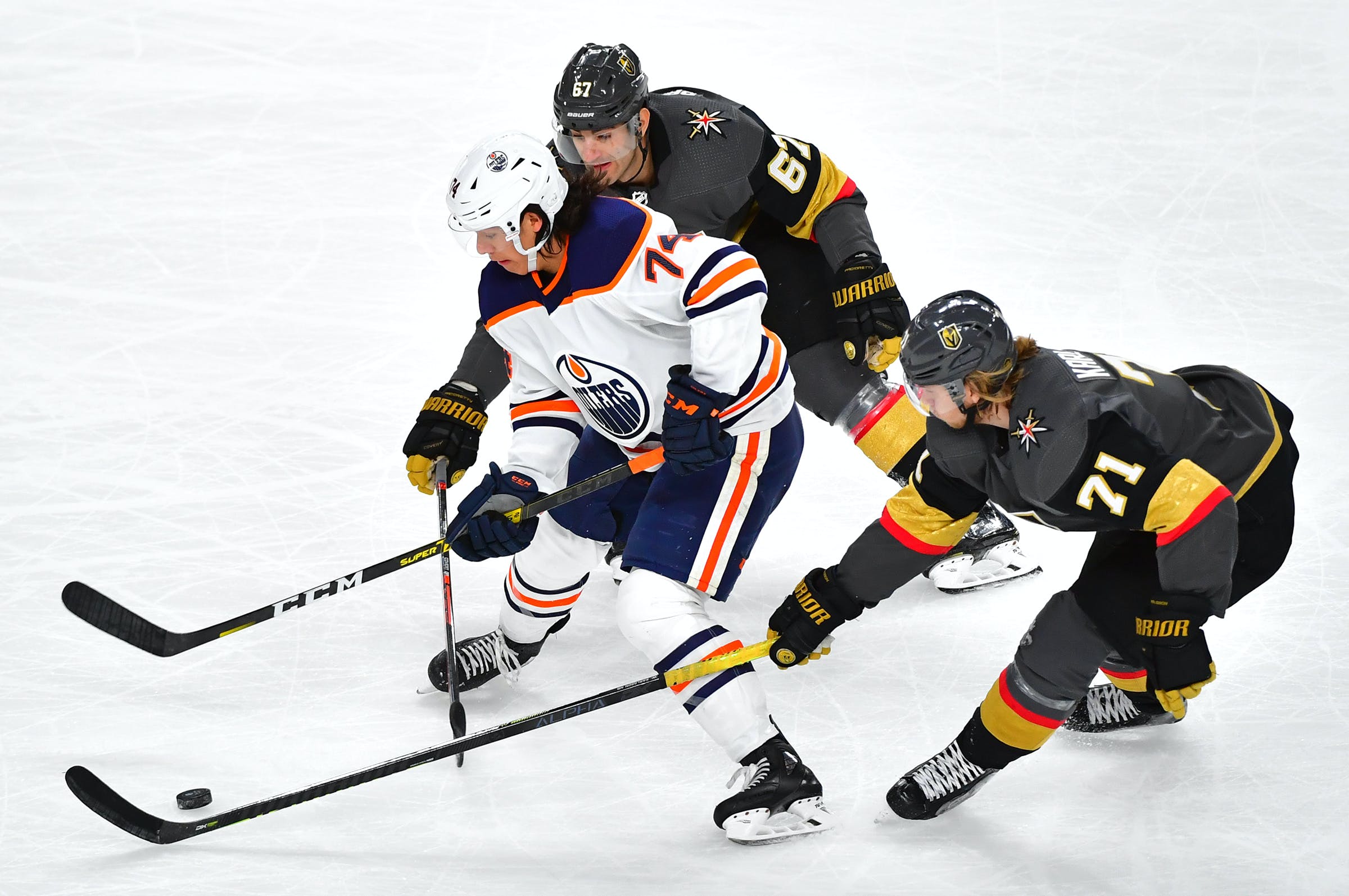 Photo credit: Stephen R. Sylvanie-USA TODAY Sports
By Jason Gregor
2 years ago
Comments
The @Edmonton Oilers are a good hockey team. However, due to missing the playoffs in 12 of the previous seasons some fans are still avoiding uttering the “P” word.
Playoffs for the Oilers have been harder to come by than buying a bag of toilet paper at Costco recently.
But trust me, Edmonton is making the playoffs, and all of us will have enough toilet paper to survive, even though some human beings are acting like there is a shortage.
The lunacy surrounding Toilet Paper Gate 2020 is astounding. Please don’t be the person who buys enough to last you two years. Your friends are laughing at you. Trust me.
Anyway, back to the playoffs. I know some of you are scared. You’ve been crushed too frequently to let yourself think about the playoffs. But they are coming. You might as well accept it and plan accordingly.
The playoffs are a lock, so now the focus is on home ice advantage. A win tonight and the Oilers would be in a great position to have home ice in the first round. A regulation win tonight and they are tied with Vegas for first place in the division.
Advertisement
Ad
Advertisement
Ad

Vegas is playing their third game in four nights and the second half of a back-to-back. Fatigue is a factor, but how much remains to be seen. The Oilers are 5-3 when playing their third game in four nights, so this will not be an easy game by any stretch.
But a victory tonight would sure make the final 12 games much less stressful for players and fans. A victory tonight means two of Calgary, Vancouver and Arizona have to pass the Oilers, and then have two of Winnipeg, Nashville and Minnesota be ahead of them in the wildcard race, for the Oilers to miss the playoffs.
Even a regulation loss or OT/SO loss makes it extremely difficult for all those things to occur. Especially when you consider how often they play each other.
Advertisement
Ad
Advertisement
Ad
Edmonton would need to fall apart down the stretch, and nothing in how they have played the past 20 games suggests that is likely. Edmonton has the eighth most points in the NHL since the All-Star break.
Some nights their offensive stars have carried them to wins. Other nights, their depth scorers have chipped in with timely goals. Recently their goaltending has stole them some games. And their special teams have been outstanding all season. Good teams win in a variety of ways, and Edmonton has became a good team.
They aren’t dominant yet, but they are a highly competitive team and tonight they have an opportunity to grab hold of the lead in the race for first in the Pacific Division. Twelve days ago in Vegas they were in a similar position, but the Golden Knight beat them 3-0. Edmonton had a strong first period, but tired down the stretch. It was their third game in four nights and Vegas had more jump in the final 40 minutes.
Advertisement
Ad
Advertisement
Ad
Edmonton can return the favour on home ice tonight.

Ennis-Draisaitl-Yamamoto
RNH-McDavid-Kassian
Neal-Khaira-Chiasson
Athanasiou-Sheahan-Archibald
Nurse-Bear
Klefbom-Larsson
K.Russell-Jones
Koskinen
Edmonton are 8-4 SU in their last 12 games at home. – OddsShark.com
@Tyler Ennis had many good chances against the Blue Jackets but didn’t finish. If he keeps getting that many chances I suspect more will go in.
@Caleb Jones is playing his off-side with @Kris Russell. It shows how much faith Jim Playfair and Dave Tippett have him in to play him ahead of Russell and Matt Benning on the right side.

Marchessault-Stastny-Smith
Pacioretty-Karlsson-Roy
Pirri-Stephenson-Cousins
Carrier-Nosek-Reaves
McNabb-Schmidt
Martinez-Theodore
Holden-Whitecloud/Engelland
Fleury
Vegas’ top four defenders are all left shots. It is a small thing, but in certain situations it is disadvantageous having no right shots in your top four. Clearing attempts on your backhand are more difficult, and I’ll be watching closely tonight to see if the Oilers’ top lines try to attack Schmidt and Theodore on their off-sides.
Advertisement
Ad
Advertisement
Ad

Photoshop: Tom Kostiuk
GAME DAY PREDICTION: Home team continues to dominate these games. Oilers skate away with a 4-3 win.
OBVIOUS GAME DAY PREDICTION: Draisaitl picks up one point, actually two, for all his German fans who made the trek to watch him and the Oilers. In scoring his 111th point he becomes the 10th player in the last 20 seasons to score 111+ points.
NOT-SO-OBVIOUS GAME DAY PREDICTION: James Neal scores his first career goal against Vegas, the only NHL team he hasn’t scored against. It also marks the 11th time he’s scored 20 goals in a season.