Advertisement
Ad
GDB 2.0 Wrap Up: Welcome to the McDavid show, Oilers bounce back with 5-2 win 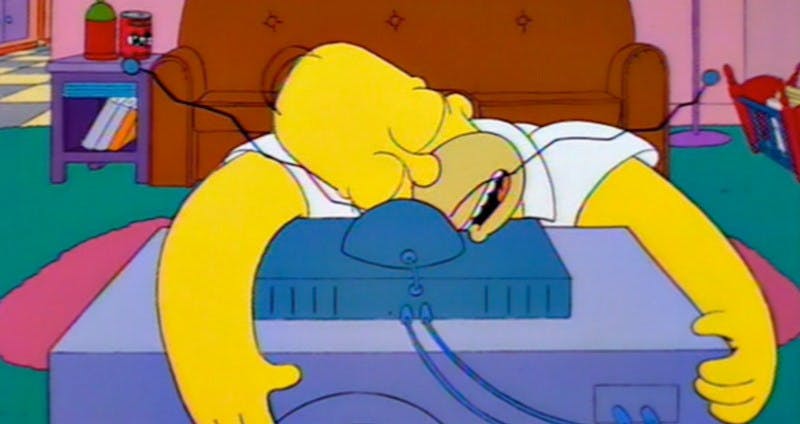 By baggedmilk
1 year ago
Comments
You wouldn’t like him when he’s angry. Final Score: 5-2 Oilers
One of the most interesting aspects of this weird COVID campaign, to me, is the idea of playing mini-series against the same opponents over and over, and what that will mean in terms of game-to-game adjustments. Last night, the Oilers were sloppy in all three zones on the ice and it cost them dearly in terms of unearned chances against and, in too many cases, goals ending up in the back of the net behind Koskinen. Coming into tonight’s rematch the boys desperately needed to tighten their games up in basically every facet if they were going to avoid an 0-2 start, and while we’re still in the opening days of this season, I was hopeful that the mistakes that sunk the ship last night would be avoided in round two. I mean, let’s be honest here for a second, I don’t think the Canucks played like world-beaters nor were they perfect defensively by any means, and while I’ll readily admit that I’m biased in my outlook, I felt like the Oilers were in good shape to register their first win.
Advertisement
Ad
Advertisement
Ad
That all said, there’s no doubt that the Oilers sputtered their way through the opener and if they came out with the same level of effort and execution as they had in that game then we were going to be in for another long night. Adding to the intrigue was the fact that Mike Smith was unavailable to play, meaning that Mikko Koskinen was back between the pipes for the second time in under 24 hours. But since he hasn’t played in months, I was hoping that Kostco would still have plenty of juice to get the job done, and thankfully the boys were able to make the job a bit easier, buzzing around the ice from the moment the puck dropped and keeping that energy, led by their captain, going for 60 minutes. I’d even go so far as to say they looked like a completely different team. They were hustling, executing plays, supporting each other, and making things happen on their special teams, which were items that hurt them in the loss and all things that helped contribute to this win.
Advertisement
Ad
Advertisement
Ad
Outside of a few gaffs, moments of sustained pressure in their own end, and an almost unfortunate score that made the game look a little bit closer than it was, the Oilers were by far the better squad in this one and there were times where it looked like the only way they were going to lose this hockey game was if aliens landed and abducted them straight off the bench. All-in-all, this was so much more fun to watch than what we watched last night, and I think the Connor McDavid-led Oilers deserve a lot of credit for evening this two-game set.
The wrap.

They probably trying to save money by not washing them between back-to-backs.

If anyone ever tells you that you can’t do something – like be an NHL GM – remember that our NHL GM was selling vacuums at 29 years old.

RNH makes it 5-2 with his second of the night, setting off, my guess is, a string of '"keep Nuge forever" tweets by @jsbmbaggedmilk .

At least we don’t have to watch @jsbmbaggedmilk almost puke live on IG tonight. #Phew

Advertisement
Ad
Advertisement
Ad
For the best selection, deals and service around, look no further than Sherwood Ford. They are well-known for their “Giant Advantage,” and have been located in Sherwood Park since 2011. Their customers are important to and they firmly believe that the car shopping process should be fun and easy. That’s why Sherwood Ford is dedicated to making it quick and easy to find the car you want and the financing you need. Whether you prefer to shop online or in-store, Sherwood Ford will tailor the shopping process to you and their no-hassle pricing policy makes things easy. Visit SherwoodFord.ca to get started today.