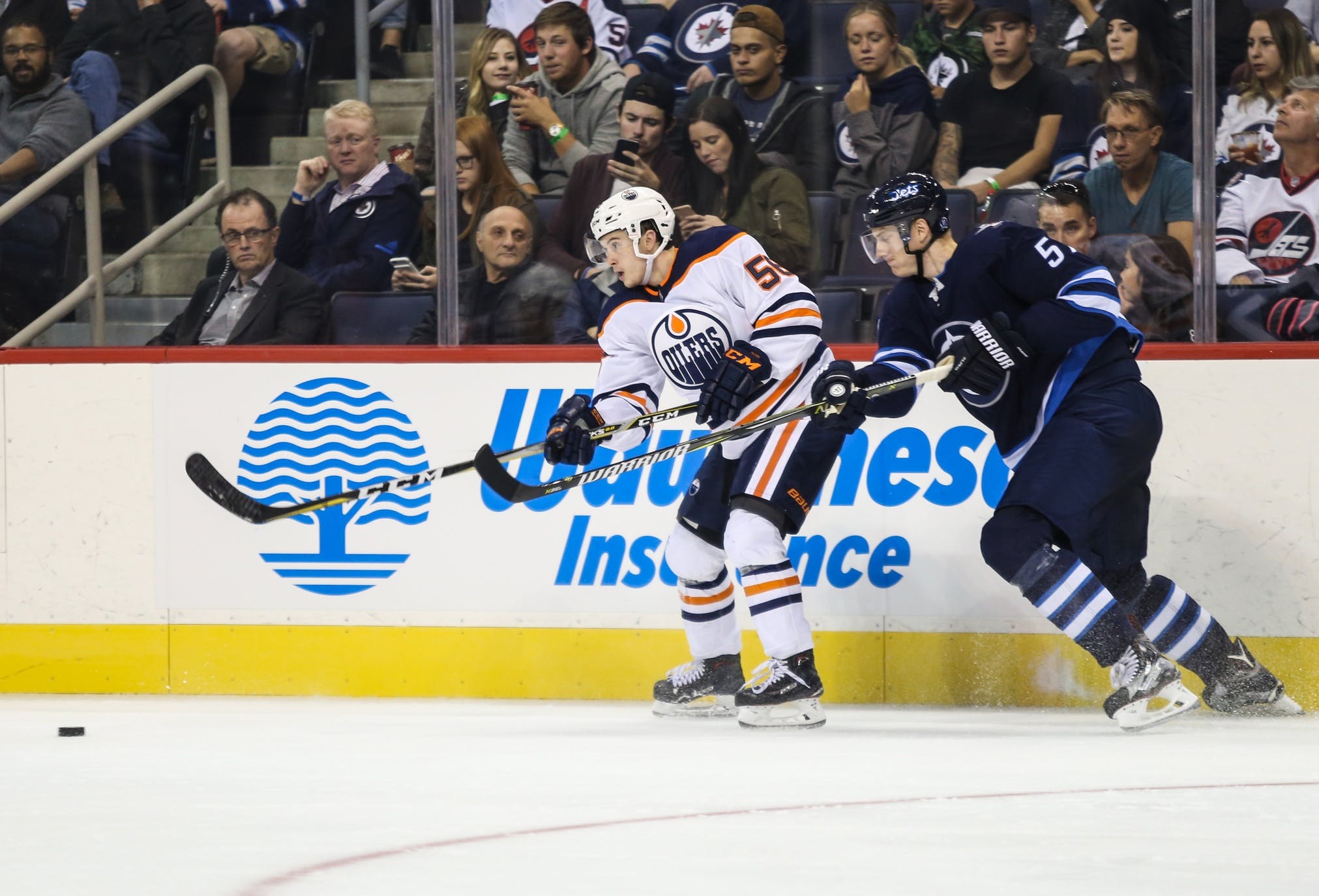 Photo credit: © Terrence Lee-USA TODAY Sports
By Tyler Yaremchuk
5 years ago
Comments
It’s never a bad day for an Oilers win!
Despite the Jets playing almost all of their NHL regulars tonight, the Oilers kept their perfect preseason run going, improving to 3-0 with a 4-1 win on the road.
The Oil came out of the gate sluggish and were outshot 11-4 in the opening frame. They spent a strong majority of the first period in their own end and given the fact that Winnipeg hit three posts in the first ten minutes, Edmonton was lucky to only be down 1-0 after the first 20 minutes.
They responded very well in the second period. Mark Letestu tied things up early and then 13 seconds later Zack Kassian found JJ Khaira who finished off a 2-on-1 to give the Oilers the lead.
They kept up the pressure and after Kailer Yamamoto had a goal waved off (the refs said he kicked it in, I disagree), Jussi Jokinen deflected one in with his skate and this time it actually counted!
Advertisement
Ad
Advertisement
Ad
A clean third period allowed the Oilers to escape with the victory despite not playing the majority of their key players.
Let’s wrap this one up.

If Mark Letestu keeps this up I'm going to have to create more celebration GIF's for him this year. #oilers #nhl pic.twitter.com/8QRmBOOKbg

Hahaha the Jets are trying to score with their sticks. That's so 2016. #Oilers

If "Losing your live stream connection" was a person, 64% of #Oilers fans would punch that person in the face.@OilersNation @Isuckatpicking