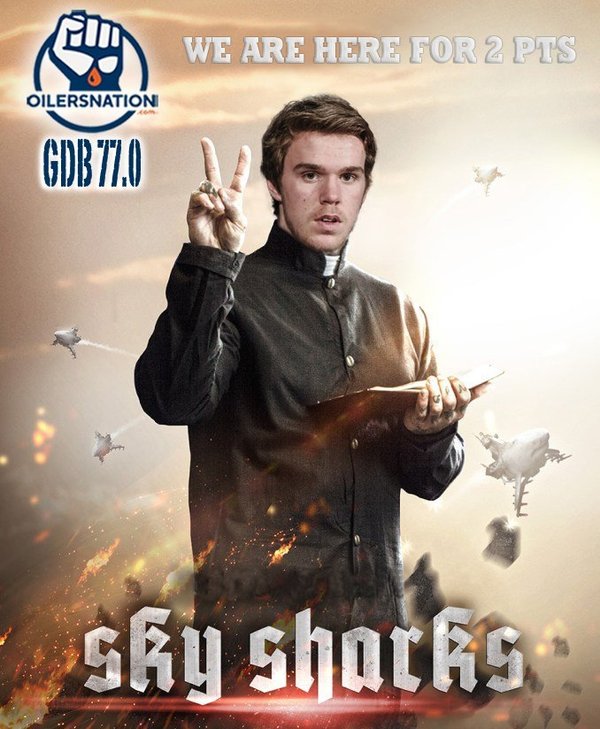 RNH and Lander are out, Maroon and Cracknell are in.
Oilers lineup courtesy of DailyFaceoff.com

I’m also much more bullish on Nurse than some. His numbers aren’t great, but how many other 20 or under rookies play 20+ minutes their first season? He isn’t dominating, and he’s made some rookie reads on the ice. His low point totals are a product of the coaches wanting him to focus mainly on defensive responsibilities for now, and once he is comfortable they will encourage him to create more offence. They don’t want to overload him, but when his main responsibility is defence and he plays on a weak defensive team, you shouldn’t be surprised by his unflattering numbers.
In the past ten seasons here are the rookie D-men who were 20 years old and younger and played 20+ minutes/night for more than 40 games.
2015: Aaron Ekblad and Damon Severson. Both on non-playoff teams.
2014: Jacob Trouba missed playoffs.
2013: Jonas Brodin made playoffs.
2012: Justin Faulk missed playoffs. Adam Larsson made playoffs. (only dressed in 5 of 24 games)
2011: John Carlson (played in AHL at 19) and Cam Fowler made playoffs. Travis Hamonic. No playoffs.
2010: Tyler Myers and Erik Karlsson made playoffs. Carl Gunnarsson and Victor Hedman did not.
2009: Drew Doughty and Luke Schenn missed the playoffs.
2008: Jack Johnson missed the playoffs.
2007: Marc-Edouard Vlasic made the playoffs.
2006: Dion Phaneuf made playoffs.
Every player’s path is different.
Doughty and Karlsson had decent first years, but exploded in their second season.
Faulk played 66 games as a rookie, but split the next season between the AHL (31 games) and NHL (38). He’s now a very steady and productive player.
Advertisement
Ad
Advertisement
Ad
Phaneuf scored 20 goals as a rookie, but since leaving Calgary he’s only score more than 9 once — 12 in 2011/2012.
Every player and every situation is different. It is rare for a 20 year old to play 20+ minutes and succeed. Nurse is having some growing pains, but I believe it is too early to make any sort of concrete evaluation on where he will be in two or three years. I like his skating, tenacity, competitiveness and puck handling. I believe he has more offence in his game and once he gets more comfortable at the NHL level the coaches will encourage him to be up in the play more.

From Fear the Fin

How’s Todd McLellan enjoying his first year in Edmonton? Not very much, according to Elliotte Friedman:
“Coach Todd McLellan’s exasperation with his forwards grows on a game-by-game basis. At this point, I assume the only untouchables up-front are Connor McDavid and Leon Draisaitl.”
According to friend of the blog Kevin Kurz, the Sharks have outshot opponents 125-75 and given up just two goals in their first three games without injured defensemen Marc-Edouard Vlasic. That’s definitely a small sample size, but maybe the Sharks are just benefiting from the Ewing Theory. Regardless, the Sharks need to keep this up if they’re going to gain ground on Anaheim and Los Angeles.
I wonder if James Reimer will get the nod in net tonight. He started the Sharks’ last game against Edmonton, and I’d imagine Pete DeBoer wants him to get one more start before the end of the homestand. 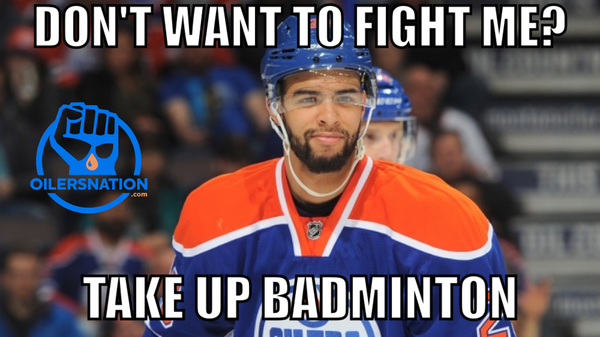