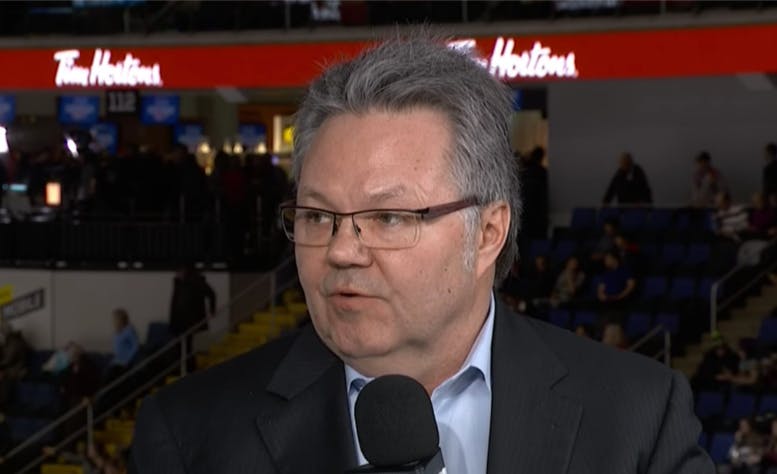 By baggedmilk
3 years ago
Comments
According to TSN’s Bob McKenzie, Kelly McCrimmon is out as the next Edmonton Oilers GM and will remain with the Vegas Golden Knights. Another one bites the dust. Figs.

Kelly McCrimmon is not in the mix to be GM of EDM. Remaining with VGK.

For those of you like myself that were hoping for Kelly McCrimmon to take the GM’s seat in Edmonton, I’m sorry to bring you such disappointing news on a snowy Thursday morning. Many considered McCrimmon to be an excellent option for the job based on his work with the Golden Knights seeing as they navigated the expansion draft with ease and turned it into a Stanley Cup Finals appearance in their inaugural season. But as we’ve learned many times over the years, it was by no means a done deal that he would want to come to Edmonton. He’s got a pretty good gig in Vegas and there were rumblings that he wanted full control if he took the gig, something that would be hard to expect with the OBC scenario here in Edmonton.
Advertisement
Ad
Advertisement
Ad
Yesterday at Sportsnet, Elliotte Friedman wrote about McCrimmon in 31 Thoughts:

As I write this, Vegas has not yet granted official permission for Edmonton to meet with McCrimmon, although an answer is expected at some point this week. He is, however, expected to ask for autonomy, and it will be interesting to see how the Oilers respond to that. The list of those interviewed for the Oilers job is believed to include Sean Burke, John Ferguson, Mike Futa, Ross Mahoney, Scott Mellanby and Pat Verbeek. Mike Gillis had a phone interview, but nothing in-person. If Holland and/or McCrimmon do not interview, will someone from this group re-enter the picture? It sure sounds like the organization wants someone in place in the next week-to-10 days. They are delaying scouting meetings until the new leader is hired, which makes sense.

Interesting. A few weeks ago I mentioned two sources told me he wouldn't be coming to Edmonton. They were correct. Hard to say there is a favourite, but my sense is Hunter is right at the top. https://t.co/ByeSnWnpuy

Advertisement
Ad
Advertisement
Ad
If McCrimmon asked Nicholson for autonomy to make the choices he wanted in the organization and Nicholson denied him then there’s a real issue — that we all know. But if McCrimmon didn’t even bother to take an interview with the Oilers in the first place, something that’s entirely possible considering Vegas hadn’t even granted permission to the Oilers to speak to him as of yesterday, then we could be in much worse shape than I thought. Maybe McCrimmon sat back, looked at the situation in Edmonton, and decided that this organization was not for him and that interviewing with them beyond kicking tires or being polite was not in his best interest. Regardless of what actually happened, it’s not a great look for the Oilers that qualified candidates seemingly want no part of the job.
Advertisement
Ad
Advertisement
Ad
So what happens now? Darren Dreger followed up with a guess:

Mark Hunter, and or Sean Burke…and or Keith Gretzky. Maybe all 3 in a GM plus two assistants scenario. https://t.co/PjJ2kasZ29

With McCrimmon off the list, it seems like the names left are Mark Hunter, Sean Burke, and Keith Gretzky. Could Dreger’s idea of a plateaued management team include all three? Would that even be a good idea? All I know for sure is that this morning’s news likely raises more questions than answers.

THE BAND IS STAYING TOGETHER! 🙌

Kelly McCrimmon has been named General Manager of the Golden Knights, effective Sept. 1

George McPhee will continue to be responsible for all VGK hockey ops decisions & the hockey ops staffhttps://t.co/5MuEhQcVUZ