Advertisement
Ad
Monday Musings: What You Need to Know about the 2021 NHL Season 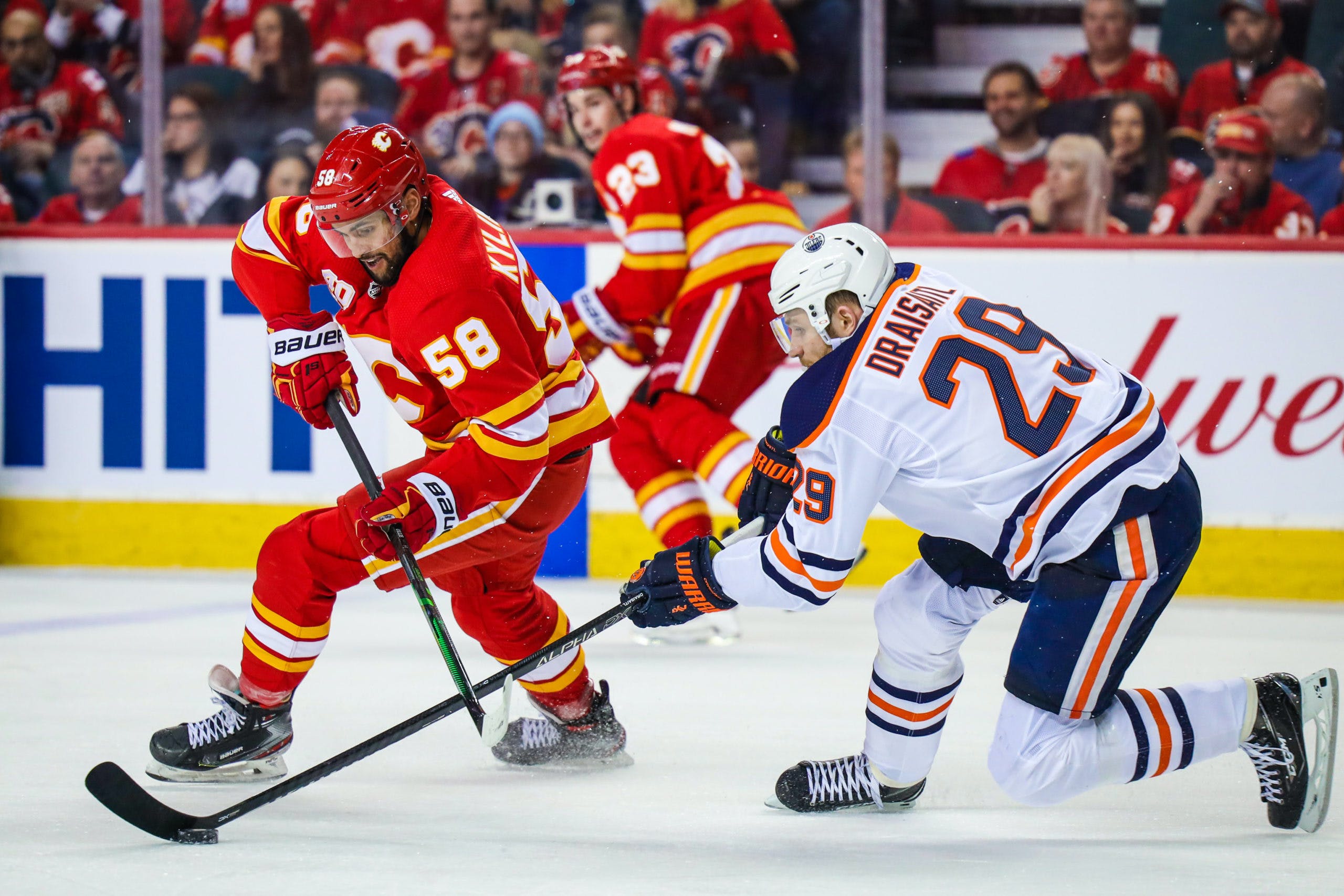 Photo credit: Sergei Belski-USA TODAY Sports
By Jason Gregor
2 years ago
Comments
It is official. We will have NHL hockey for the 2021 season. Yes, I’m calling it the 2021 season, since there weren’t any games played during the 2020 portion.
This season will be different in many ways. There will be four new divisions, no conferences and teams will only play opponents within their division during the regular season.
I’m excited. Are you?
Let’s look at the changes.
The West, Central and East divisions will play each team in their division eight times, while the North teams will play each other nine times, and play two divisional teams 10 times — a total of 56-games for each division.
The top-four teams in each division will make the playoffs and seeds #1 v. #4 and #2 v. #3 will play a best-of-seven, then the two winning teams will face off in the division final. The four division winners will be seeded according to their regular season point totals, and then they will play #1 v. #4 and #2. v. #3. The winners will meet in the Stanley Cup Final. There will be no Conference winners, so no one will have to worry about “touching” the Prince of Wales trophy or Clarence Campbell Bowl. (Reminder: Tampa Bay touched it last year and won. Why? Because touching the trophy has no impact on the Cup Finals. But I digress.)
Advertisement
Ad
Advertisement
Ad
Those are the main on-ice points. Keep in mind San Jose will hold training camp in Arizona, and will start its season with a heavy road schedule as they are still not allowed to play games in Santa Clara County. They plan to play home games in Arizona until they are allowed to play games and practice in San Jose.
Not all Canadian provinces have agreed to the NHL’s vision. There is a possibility some teams might not play at home as BC, Ontario, Manitoba and Quebec have yet to officially to sign on. Although Quebec Premier, Francois Legault’s tweet today suggests Montreal will be hosting home games. If by chance some provincial governments don’t give the green light, then teams in those provinces might have to mirror what San Jose is doing and start with more road games and have a temporary home rink in another province. But nothing is official either way just yet.
Advertisement
Ad
Advertisement
Ad
The NHL schedule is set to come out later this week. You should expect to see road trips involving two or three games in the same city. I think the NHL should look at incorporating that into future seasons. Edmonton, for instance, could have a four-game road trip and instead of playing one game in San Jose, Anaheim, LA and Arizona, they could play two in San Jose and two in Arizona on one road trip. And then next time play twice in Anaheim and twice in LA. It would cut down travel, allow for more consistent sleep patterns for players and there would be fewer flights, which reduces the carbon footprint.

NHL teams will still have a 23-man roster, but this year due to COVID, each team will have a taxi-squad. Here are the rules connected to these players.
Advertisement
Ad
Advertisement
Ad
Also, if a player on the 23-man roster tests positive for COVID or are otherwise unable to play because of COVID-19 protocols they will be designated non-roster players and will not count against cap. They must be restored to roster as soon as medically cleared.

December 28th…Waivers period begins.
December 31st… Non-playoff teams for 2020 open training camp. (ANA,BUFF. DET, LA NJ, OTT and SJ).
January 3rd… Training camps open for the other 24 teams.
January 13th…2021 season begins.
February 1st…Teams can begin requesting players waive their NMC for expansion draft purposes.
April 12th.. Trade deadline.
May 8th. End of the regular season.
May 11th… Playoffs begin.
July 15th…Last possible day of playoffs
**24 hours after Stanley Cup is awarded, the buyout period opens up.**
July 21st… The Seattle Kraken expansion draft.
July 23rd and 24th… NHL entry draft. (Would be perfect time for NHL to adjust draft age, even push back to April 30th cut off. Sadly, it seems unlikely.)
July 28th…Free Agency Begins.
Advertisement
Ad
Advertisement
Ad
I’m curious about what happens when games are postponed. It is inevitable that some players will test positive with COVID, and games will need to be rescheduled. We saw it with MLB and the NFL. Baseball can play doubleheaders, but the NHL can’t. Supposedly the schedule will have some dates for makeup games, and there could be up to a week at the end of the season for makeup games. So the playoff start date of May 11th could be altered.
And if that happens, I suspect we will see back-to-back games in the playoffs, which is awesome. I loved playing two games in two nights in one city, and then travelling to the other city for the next two games.

Things could change before training camp, but here is my opening day roster for the Oilers.
Advertisement
Ad
Advertisement
Ad
Forwards (14): McDavid, Draisaitl, Nugent-Hopkins, Yamamoto, Kassian, Neal, Ennis, Turris, Archibald, Kahun, Chiasson, Puljujarvi, Khaira and Haas.
Defence (7): Nurse, Bear, Jones, Barrie, Russell, Larsson and Lagesson.
Goalie: (2): Koskinen and Smith.
Taxi-squad: Bouchard, Lennstrom, Forsberg, Nygard, P. Russell and Benson.
Oscar Klefbom will be on LTIR.
My roster assumes everyone is healthy to start the season. I think Lennstrom could push Lagesson for a spot on the 23-man roster, same with Nygard up front. I could see Benson and Bouchard on the taxi-squad to start, but once the AHL season is announced they would go down there and play games regularly, rather than just practice with the team. You want your younger players playing games if possible.
Who do you have on the taxi-squad?

Thanks to everyone who donated in the Pyramid of Giving. We raised $20,000 for Adopt-A-Teen. And thanks to Luke for his great bid on the Moosehead cooler full of beer.
Advertisement
Ad
Advertisement
Ad
DAY 15: Package #1: One Week cabin rental at Salmon Arm and Dinner with Kevin Lowe and Karen Percy-Lowe
This is located on Kevin and Karen’s property. The NHL Hall of Famer and Two-time Olympic medalist in alpine skiing will host you for dinner and drinks one evening. Rental is for a week in July or August on a date mutually agreed upon.
Package #2: A Custom Made Ultra Book Laptop from Oil Country Computers
Lenovo Thinkpad X1 Carbon 14″ Ultrabook Laptop
Initial setup
Bidding goes from 2-6 p.m. on TSN 1260. You can text the show between at 101260 and include your name and donation or call 780.444.1260.
All money raised goes to support The Christmas Bureau. Thanks in advance.