Advertisement
Ad
News and Notes: Mike Smith is “banged up,” Oilers are considered a leading candidate for Jack Campbell, and more 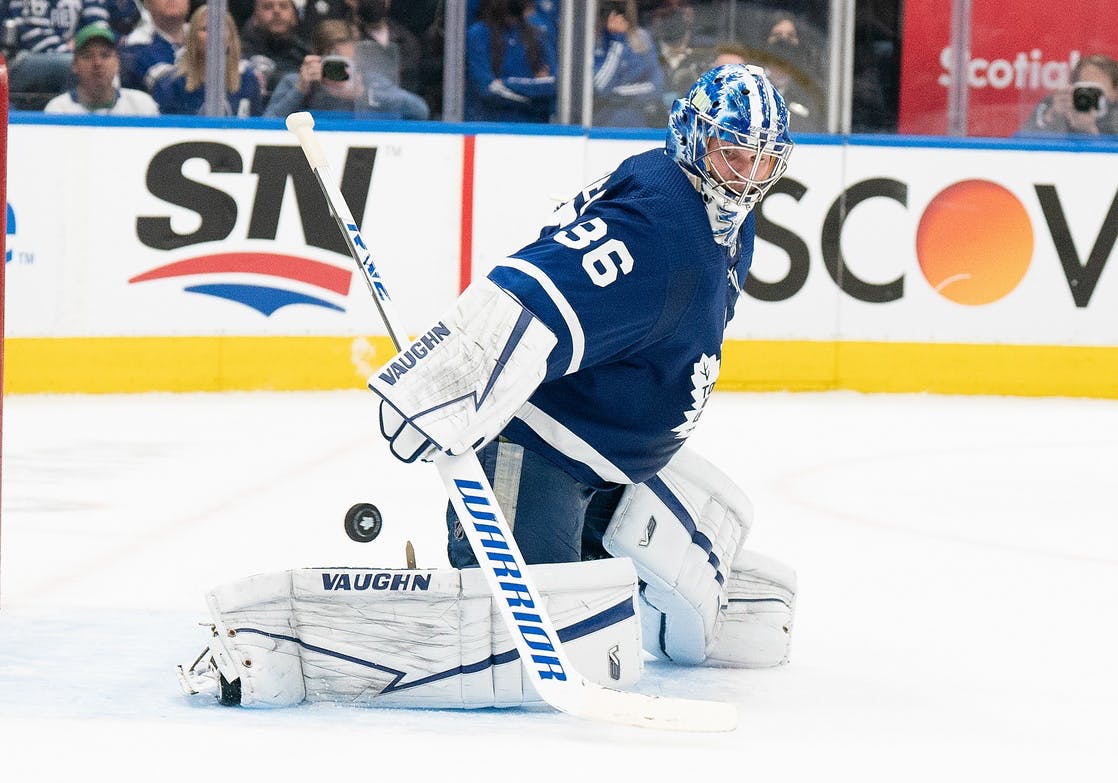 Photo credit: Nick Turchiaro-USA TODAY Sports
By Cam Lewis
6 months ago
Comments
The 2022 NHL Draft is tonight and rumours and speculation are running wild. Here’s a roundup of interesting information from Wednesday as everyone arrived in Montreal for the draft…

The Oilers involved in the goalie carousel

Ken Holland spoke to media yesterday and said that Mike Smith is banged up, which furthers the assumption that he’ll spend the second and final year of his contract in 2022-23 on the Long-Term Injured Reserve. If that’s the case, it gives Holland some more wiggle room financially and also opens up the need to acquire another goaltender.
According to Pierre LeBrun of The Athletic, the Oilers are considered to be one of the leaders for Toronto Maple Leafs goaltender Jack Campbell when he inevitably hits the open market next week…

If not, and Kuemper hits the market, the domino effect is going to be real. So many people around the league view Colorado as the perfect landing spot for Fleury if Kuemper is gone.
The Wild, by the way, remained interested in bringing back Fleury as of Wednesday, so that remains on the table. And as discussed before, the Maple Leafs could be another option for Fleury.
Meanwhile, the sense is Edmonton and New Jersey are the leading suitors for Campbell once/if he hits the market next week. It wouldn’t surprise me if Washington also inquired on Campbell.

The Leafs are in a tight salary cap bind and will surely let Campbell walk unless they can find somebody to take on Petr Mrazek’s contract without retaining money. Campbell has posted a .916 save percentage over 77 games for the Leafs since being acquired from the L.A. Kings back in February of 2020. He’ll be looking for a big raise on the $1.65 million annual salary he had on his last deal.
Advertisement
Ad
Advertisement
Ad
LeBrun also mentioned last week that the Oilers are expected to be one of the teams in the mix for Ville Husso, who enjoyed a surprising breakout season with the St. Louis Blues this year…

I believe the Edmonton Oilers will be among nearly 10 teams calling on Husso come July 13, which makes obvious sense.
Finally, there’s Campbell, who by all indications loves it in Toronto. But, with each passing day, it sure feels like he’s headed to market.
“We’re having discussions but nothing material to report,’’ Campbell’s agent Kurt Overhardt said Wednesday referring to talks with the Leafs.
Given the number of teams hoping for a goalie upgrade and given how lean the UFA goalie market is, it probably makes sense for Overhardt to at least hear from other teams while keeping the Leafs in the loop.

Campbell and Darcy Keumper are the top names on the UFA goalie market this summer and they’ll both command long-term deals. Veterans Marc-Andre Fleury and Braden Holtby are also quality options who won’t command as much term.
Another option for the Oilers to consider is Alexandar Georgiev of the New York Rangers, the backup goaltender to Igor Shesterkin that the team is looking to trade…

Even more than Gauthier, Drury is trying hard to find a trade partner for the disgruntled Georgiev before the Rangers are forced to let him walk when qualifying offers are due July 11. The Rangers were holding out for a first-round pick for Georgiev early last season; that’s likely down to a mid-round pick at best now.

An update on the Jesse Puljujarvi trade front…

Holland has made one deal with his former club since leaving to become the general manager of the Edmonton Oilers. That was the Andreas Athanasiou trade back in February of 2020, in which he sent Sam Gagner and two second-round picks off to Detroit.
The Red Wings have a couple of young players in Filip Zadina and Michael Rasmussen who were drafted by Holland and who could be looking for a change of scenery. Detroit also has a whole bunch of draft picks in the middle rounds (two in the second round, one in the third, three in the fourth) but the expectation is that Holland is seeking a player in return for Puljujarvi who can help right now.
If the market isn’t hot right now for the big Finn, the right move might be to wait for later in the summer as Puljujarvi would be a nice option for a team that struck out on adding a middle-six winger in free agency.
Advertisement
Ad
Advertisement
Ad

Holland expects to pick at No. 29 overall…

Finally, don’t expect anything too exciting from the Oilers tonight at the draft. The team has one draft pick, No. 29 overall, in the first four rounds, and it doesn’t seem as though Holland will be trading the first pick…

ken holland says he's been making lots of phone calls, will see what comes of it. holland is expecting to use the oilers' first-round pick at 29 as of right now and that the oilers won't be trading up.