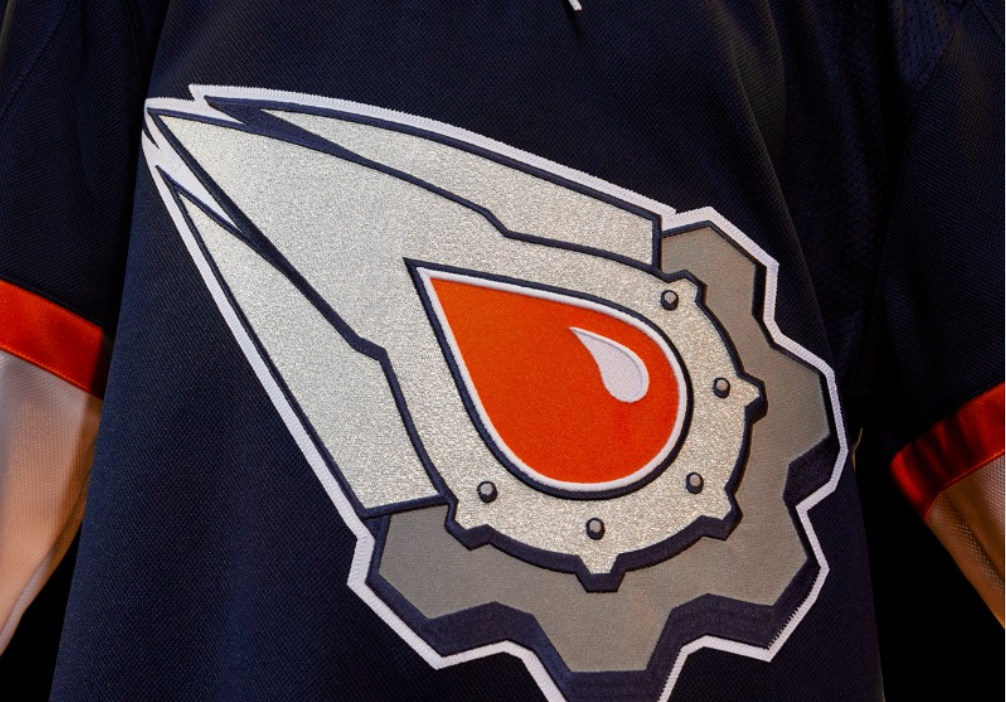 By Zach Laing
3 months ago
Comments
The Edmonton Oilers will be donning their new reverse retro jerseys five times this year.
The threads, which pay homage to the Oilers’ jersey designed by Todd McFarlane in the 2000s, were unveiled Thursday. It features the Oil Drop and similar striping as the original but brings in a tinge of orange throughout the jersey.
Oilers fans will get to see them in action five times, all at home. First on Nov. 16 when the LA Kings come to town, Dec. 15 when the St. Louis Blues visit, Dec. 31 against the Winnipeg Jets, Jan. 25 against the Columbus Blue Jackets and last against the Chicago Blackhawks on Jan. 28.
Jerseys go on sale on November 15th.

Ehlers to the IR

A big blow was dealt to the Winnipeg Jets this week that has culminated with the club placing star winger Nikolaj Ehlers on the injured reserve.
The Danish sniper has missed two games for the Jets this week with what Jets assistant coach Scott Arniel has described as a “nagging” injury.
Advertisement
Ad
Advertisement
Ad
He was placed on the IR retroactive to Oct. 18, so at the soonest, Ehlers can return after the Jets’ next two games. They play the Toronto Maple Leafs Saturday and the St. Louis Blues Monday.
Ehlers had three assists in two games prior to the unknown injury and missed significant time with a knee injury last year.

The Flordia Panthers have signed forward Eric Staal to a one-year, $750,000 deal, Daily Faceoff’s Frank Seravalli reported Friday.
He joined the team on a professional tryout this season, but wasn’t given a contract out of camp due to cap limitations. Now, the club has had the space to bring him in on a one-year deal.
Staal didn’t play in the NHL last year, but had a brief, but successful stint in the AHL with the Iowa Wild before joining captaining Canada at the Olympics last year.
Advertisement
Ad
Advertisement
Ad
He joins the Panthers who inked his brother, Marc, this past offseason.

The Vancouver Canucks fell once again last night becoming the only winless team in the NHL in this short season.
They’ve blown multi-goal games in bunches this year and their lack of pushback is concerning, Canucks Army’s Stephan Roget penned Friday.

Is it any wonder the Canucks keep giving up leads in the third when they spend the first two periods of each game getting worn down physically and beaten down emotionally?
The Canucks’ lack of pushback is already a problem.
Not just a problem, but a problem that other teams seem to be aware of, and are starting to take advantage of.
And it’s at least part of the reason that they are the only winless team in the NHL through five games on the 2022/23 season.
The Minnesota Wild are just the latest opponent to test the Canucks’ mettle and find it wanting.
To say that the Wild ran roughshod over the Canucks on Thursday night would be understating things. The Canucks spent 60 minutes being physically dominated, and that’s quickly becoming a trend.
Jordan Greenway — a Wild winger who is quite large, but not exactly known as a “tough guy” — spent the first period of the game crushing Canucks like there was a four-for-one sale on bodychecks.
Within the span of about ten minutes, Greenway blindsided Andrey Kuzmenko, blasted Kyle Burroughs, folded Elias Pettersson in half, and decked Oliver Ekman-Larsson.