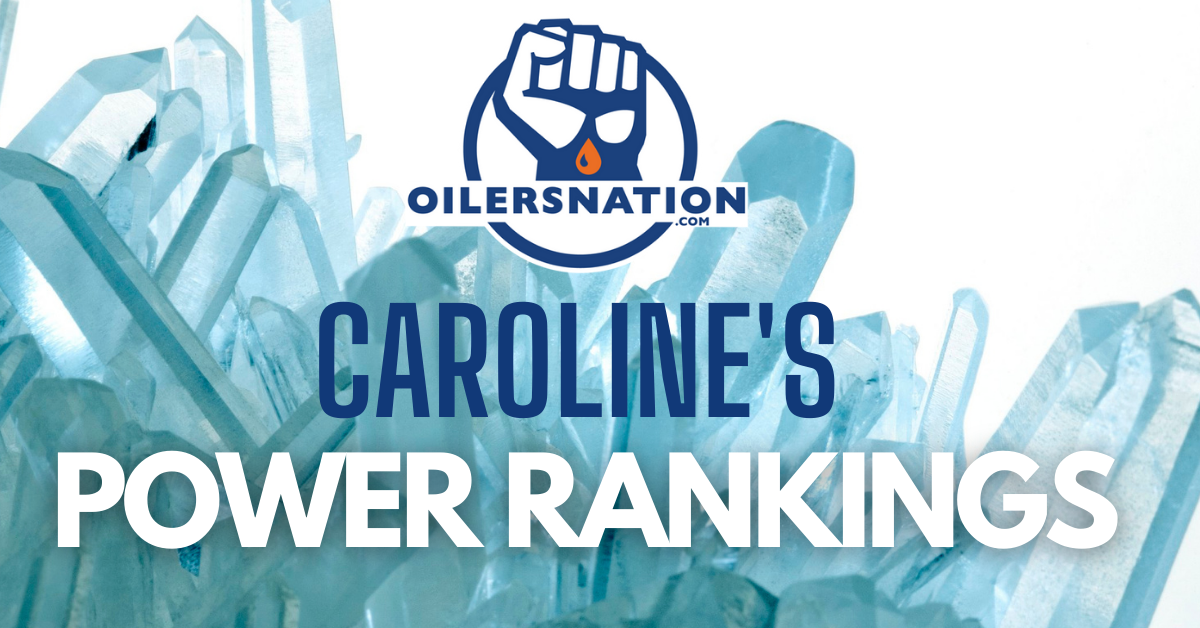 By Caroline Szwed
1 year ago
Comments
What’s up Nation Citizens?! Another week of Oilers hockey is officially in the books and our boys are sitting at 6-1-0 on the season.
Now, I know that the boys faced their first loss of the season against the Philadelphia Flyers (I don’t think anyone actually thought they’d go 82-0) but there are still many positives from this past week.
Let’s take a look at my Top 5 Power Rankings from Week 3:

#5 Did we just become best friends?

It appears that Zach Hyman was mic’d up during the Oilers game against the Flyers and as a result, Edmonton fans got the most wholesome content imaginable. We know Hyman is off to a hot start this season with 6 goals and 7 points in 7 games but we now also know that he’s Jesse Puljujarvi’s number one fan… and I’m SO here for this story line.
I think from this moment forward, we can only say Jesse’s name the way that Hyman so eloquently said it in this video. Also, may we please request a mic’d up Zach Hyman during every game please? Thank you.
Advertisement
Ad
Advertisement
Ad

Let’s talk about my favourite redemption story for the Edmonton Oilers! The Bison King has came to play this season and I’m loving every minute of it. Not only is Jesse Puljujarvi probably the most entertaining Oiler to watch and cover but he’s also putting in the work this season.
He is proving to be a great two-way player in the league that is constantly creating chances for the Oilers. He’s a tireless forechecker that knocks a lot of pucks loose and makes plays out of nothing. To be able to skate the way he does at 6’4 as well as have the offensive tools that he has, makes him a unique player that brings a lot to this team.
I think Oilers fans have to be happy with management and how patient they were with him as we’re now finally seeing what made him a top round draft pick.
Advertisement
Ad
Advertisement
Ad
Forever live The Bison King!

Any guess as to who leads the league in assists at the end of Week 3? Of course, it’s none other than Baggedmilk’s favourite, Ryan Nugent-Hopkins.
In seven games, Nugent-Hopkins has 10 apples and 10 points perfectly depicting how valuable his game is on this Oilers team. According to NHL Stats, he became the third player in franchise history to record 10+ assists in seven or fewer games. Although he has yet to find the back of the net, this guy is thriving and I have no doubt that we’ll see a big goal from him soon.
I’d go on about all the reasons why the Oilers are lucky to have a player like Nuge but Zack Kassian said it best in an interview with the media.
Advertisement
Ad
Advertisement
Ad
We see Nuge buzzing in his versatile and important role for the Oilers on the ice but he and his wife also do so much work for the community off the ice. Here’s just one example of what Kassian was alluding to in his interview.

The Edmonton Oilers have the most lethal weapon in the NHL and that is without a doubt, their power play. At the end of Week 2, the Oilers’ power play was firing at 47.1%, and at the end of Week 3, they’re now operating at 47.8% which is absolute madness.
The Oilers were 2/2 on the power play in their most recent game against the Vancouver Canucks and Oil Country took their emotions on Twitter:

The #Oilers powerplay is like bringing nukes to a knife fight. #OilersNation

The oilers powerplay is filth. Must be nice.

There should be an A24 horror movie based on the Oilers powerplay, told from the opponents perspective.#LetsGoOilers

This #Oilers powerplay is absolutely gross. Unbelievably dangerous. It's Harlem Globetrotters vs. Junior B out there, and it doesn't seem to matter who the other team actually is.

Yes, the Oilers most lethal weapon is the power play but their greatest cheat code is Connor McDavid. Let’s take a look at what McDavid’s stats look like at the end of Week 3:
Advertisement
Ad
Advertisement
Ad
In seven games, McDavid has seven goals and nine assists for 16 points. He leads the league in points at the end of Week 3.
Need I say more? Actually, I’ll let Ryan Whitney take the floor on this one:

Mikko Koskinen didn’t have the best night against the Philadelphia Flyers but he did bounce back in his next game against the Vancouver Canucks and came up big for the Edmonton Oilers.
It also makes sense that he bounced back … he’s the zodiac’s best sign!

Alright, that’s a wrap for Week 3! As always, talk to me in the comments!