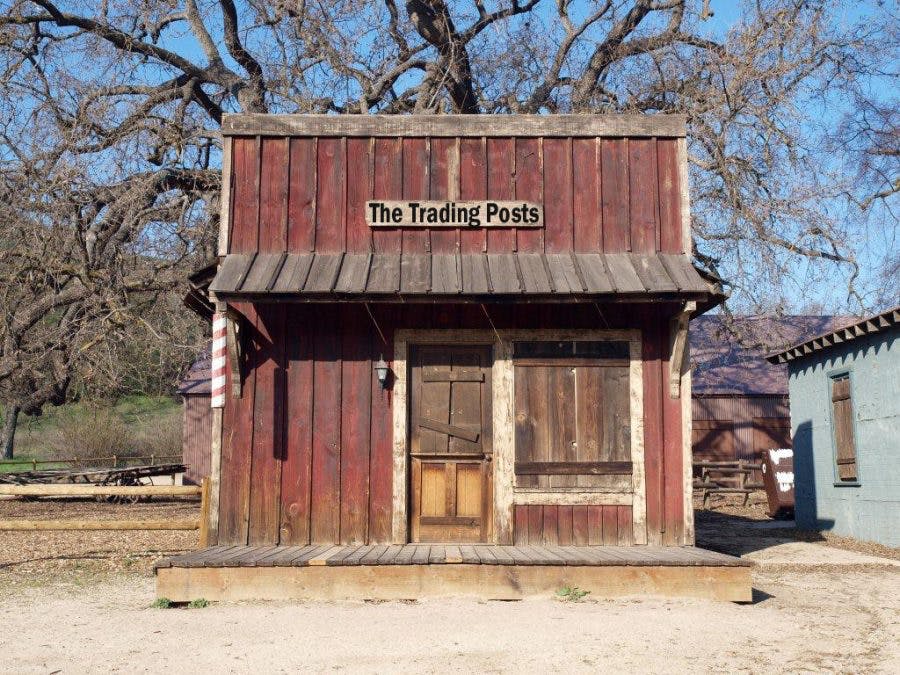 By baggedmilk
10 months ago
Comments
Happy deadline day, folks! As per tradition around these parts, your ol’ pal Baggedmilk is back with the 2022 edition of the NHL Trade Deadline Live Blog! As always, I’ll be sitting here all day long, bringing you all of the Oilers-related news that may or may not happen until the final buzzer goes off at 1pm MT. Are you ready? Are you fired up? Of course you are.
Gather round, dearest Internet friends, for storytime with your Uncle Baggedmilk as I bring you back to a time before the live blog when the trade deadline was a much different place. Once upon a time, in a strange land before Twitter and TikTok dances, the NHL’s trade deadline day was a day that you’d take off from work or school to make sure you didn’t miss anything. I fondly remember days when I would either skip school or play hooky from work to watch what was happening with my beloved Oilers and the NHL at large. Bailing on work to watch the NHL get weird? Good times, friends.
Advertisement
Ad
Advertisement
Ad
On one such day off, my 20-something-year-old heart was crushed when news broke that Ryan Smyth had been traded to the New York Islanders mere moments after Eklund told the Sportsnet TV audience that he had signed an extension with the Oilers. It was a heartbreaking day, friends. A sad one. An emotional one. It was the kind of loss that I wouldn’t wish on an enemy, but it was also the reason this website exists so sometimes the Universe has a plan, I suppose. In those days before Twitter, all we could do was keep our fixed on the TV to make sure we were on top of what was happening, but here in 2022, your favourite mediocre blogger will wrap things up with a little bow right here in the live blog.
Let’s get to it…

Digging through the contracts at PuckPedia, the Oilers have a handful of expiring contracts that they technically could consider moving provided that Ken Holland would actually want to pull the trigger. That said, they’re right in the middle of a playoffs push so I can’t see them sending too much out, but I’m also a big subscriber of the whole ‘what the hell do I know’ lifestyle when it comes to this team and stranger things have certainly happened.
Advertisement
Ad
Advertisement
Ad

@Evander Kane – Do you really think Ken Holland is going to trade Evander Kane before the deadline? Me neither. Let’s move on.
@Josh Archibald – Ahhhh, Josh Archibald. After missing the first 58 games of the year as a result of myocarditis, Archibald returned to the lineup with all kinds of piss and vinegar and I wonder how or if that’s affecting Ken Holland’s plans for him. Would you want to keep a guy on the roster that can’t play all of the team’s games? What happens if the first-round opponent is a USA-based team? Will be an interesting story to follow.
@Mikko Koskinen – Never going to happen. Frankly, I’d rather Mike Smith get traded but we know that’s not in the cards either.
@Jesse Puljujarvi – No. Just say no. I want an extension, not a trade.
Advertisement
Ad
Advertisement
Ad
@Kailer Yamamoto – Same as above. While I know there are difficult choices to be made with these two guys sooner than later, I’d rather not think about this now. We’ll cross that bridge when we get there.
@Ryan McLeod – Seeing how McLeod has progressed this season and worked his way into becoming an NHL regular, I would be absolutely shocked if he was traded ahead of this afternoon’s deadline. I mean, I know stranger things have happened on deadline day, but this is one that I would bet the farm against.
@Tyler Benson – Benson is having an okay year with the Oilers (29GP: 1G, 1A) and I could see teams having an interest in him as part of a larger trade package, or if the Oilers were trying to get a contract off the books. I doubt he moves but maybe.
Advertisement
Ad
Advertisement
Ad

2022 1st Round Pick – Would I move this year’s pick if it meant picking up a player that would be around beyond the end of the season? Yes. Yes, I would.
2023 1st Round Pick – According to Daily Faceoff’s Frank Seravalli, some GMs are fishing pretty hard for next year’s first-rounders so maybe this is the year the Oilers offload a future magic bean?

@Zack Kassian – I don’t think I’m talking out of school when I say it’s been a rough year for Kassian who has struggled to stay healthy in the second year of his four-year contract that pays him $3.2 million. With only five goals and 15 points through 37 games, it’s not hard to figure out why this is a contract many Oilers fans would like to see off the books. I highly doubt he’ll get traded but you can understand the logic here.
Advertisement
Ad
Advertisement
Ad
@Tyson Barrie – With two years left on his contract, I don’t know how much interest there would be in Tyson Barrie but he’s a guy that seems like a lot of fans would be willing to move regardless of whether or not anyone would want him.

Since I’m allowed to sit around in my underwear and stare at my computer, I’ll be spending my day cruising the Internet for Oilers news so that you don’t have to. If I find any interesting rumours or tidbits while trying not to get fooled by fake troll accounts, I will be tossing those gems in here. If you’re not on Twitter, this section will be the spot to watch for anything noteworthy from the insiders, beat guys, or otherwise.

Hearing the Blackhawks are making progress on a Dominik Kubalik trade, with Anaheim and Edmonton being the frontrunners. https://t.co/tkTA1amBk5

Carson Soucy a likely target; wonders if they may offer prospect(s) rather than picks. Expects EDM to make at least 1 deal (LD), but wouldn't rule out a F, with Nick Paul being mentioned.

#Oilers continue to grind away on left-shot options for their blue line. They have also checked in on a number of forwards. Price remain high, but they're looking for ways to improve.

Don’t care about my nonsense and want to skip right to the updates? You can find those here, friend.

On the latest episode of Better Lait Than Never, I run through all of the reasons why the Oilers are going to make the playoffs, what they should do at the deadline, and why Mike Smith scares the shit out of me. Subscribe on Spotify, Apple Podcasts, Google Podcasts.