Advertisement
Ad
The Day After 12.0: Oilers put forward their worst effort of the season ahead of difficult road trip 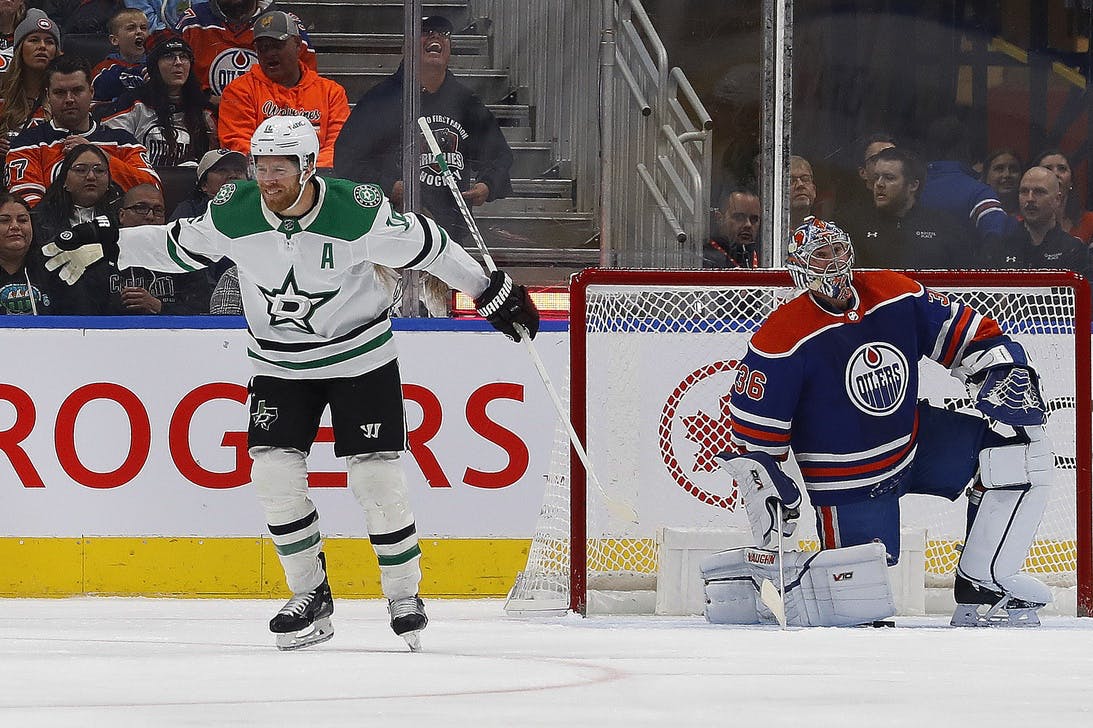 Photo credit: © Perry Nelson-USA TODAY Sports
By Cam Lewis
1 month ago
Comments
That was ugly.
The Edmonton Oilers put forward their worst effort of the season so far and the Dallas Stars shoved them aside with a commanding 6-2 victory.
Here are my main takeaways from that forgettable outing…

The Oilers need to figure out matinee games

For as long as I can remember, the Oilers haven’t been able to wake up for afternoon games. This is something that isn’t unique to this current team, as it’s spread through multiple different eras with different coaches and players.
The Oilers badly need to get this issue sorted out because the matinee games aren’t going anywhere. They play a 4:00 p.m. local start next Saturday in Florida, a 1:00 p.m. local start in New York the following week, and then there’s yet another 2:00 p.m. local start at home against the Ducks in December.
Advertisement
Ad
Advertisement
Ad
This isn’t just some random anomaly, either. The Oilers are playing all of these weekend afternoon games because of the U.S. television deal, as American broadcasters want to show Connor McDavid and the Edmonton Oilers during their mid-day timeslot.

Jack Campbell had another rough outing, allowing six goals on 36 shots, and he now has an .874 save percentage on the season through eight appearances.
Following the game, Campbell took responsibility for the loss, saying that he hasn’t given the team his A-game so far this season…

"I owe it to this team to bring my A-game & they haven’t seen it yet."

Goaltender Jack Campbell speaks after stopping 30 of 36 shots in today’s 6-2 loss to the Stars. pic.twitter.com/QAvS7mQpAP

It wasn’t at all a good game for Campbell. He allowed a pair of soft, momentum-killing goals, but the team didn’t do much in front of him and it would have taken a Dominik Hasek-esque performance between the pipes to compensate.
Advertisement
Ad
Advertisement
Ad
This game felt like a prime opportunity for the Oilers to really put together a strong effort in front of their struggling goaltender to help him get on track. The Oilers had just suffered a frustrating loss against the Devils on Thursday and they were going up against Campbell’s former team.
Instead, they looked lethargic and disinterested. Campbell’s performance left a lot to be desired but it was disappointing to see that effort given the context.

It’s time for a shake-up in the top-six

If there was a positive to draw from that game, it’s that Dylan Holloway was given an opportunity in garbage time to slide up the lineup and he flashed some speed and skill.

great puck skills from jesse puljujarvi who flips a pass onto dylan holloway's stick for a tremendous scoring chance. pic.twitter.com/2Dj6t7nG7W

Advertisement
Ad
Advertisement
Ad
An issue for the Oilers early in the season has been generating depth scoring. It feels like the Dave Tippett era right now, as the team is leaning on the power play and their two superstars to generate the brunt of their offence. The trio of Jesse Puljujarvi, Kailer Yamamoto, and Warren Foegele have combined for just one goal thus far, which is obviously far from ideal given they cost the team roughly $10 million against the salary cap.
Holloway has given the fourth line some spark offensively in limited action this season. Maybe it’s time to expand his role and see if he can push things in the right direction on another line. Swapping him for Foegele on the third line would make some sense.
They need to get something going because this road trip ahead is their most difficult test of the season. The Oilers will play four games in six days against playoff teams, starting with a back-to-back in Washington and Tampa and concluding with a dreaded afternoon game in Florida.
Advertisement
Ad
Advertisement
Ad