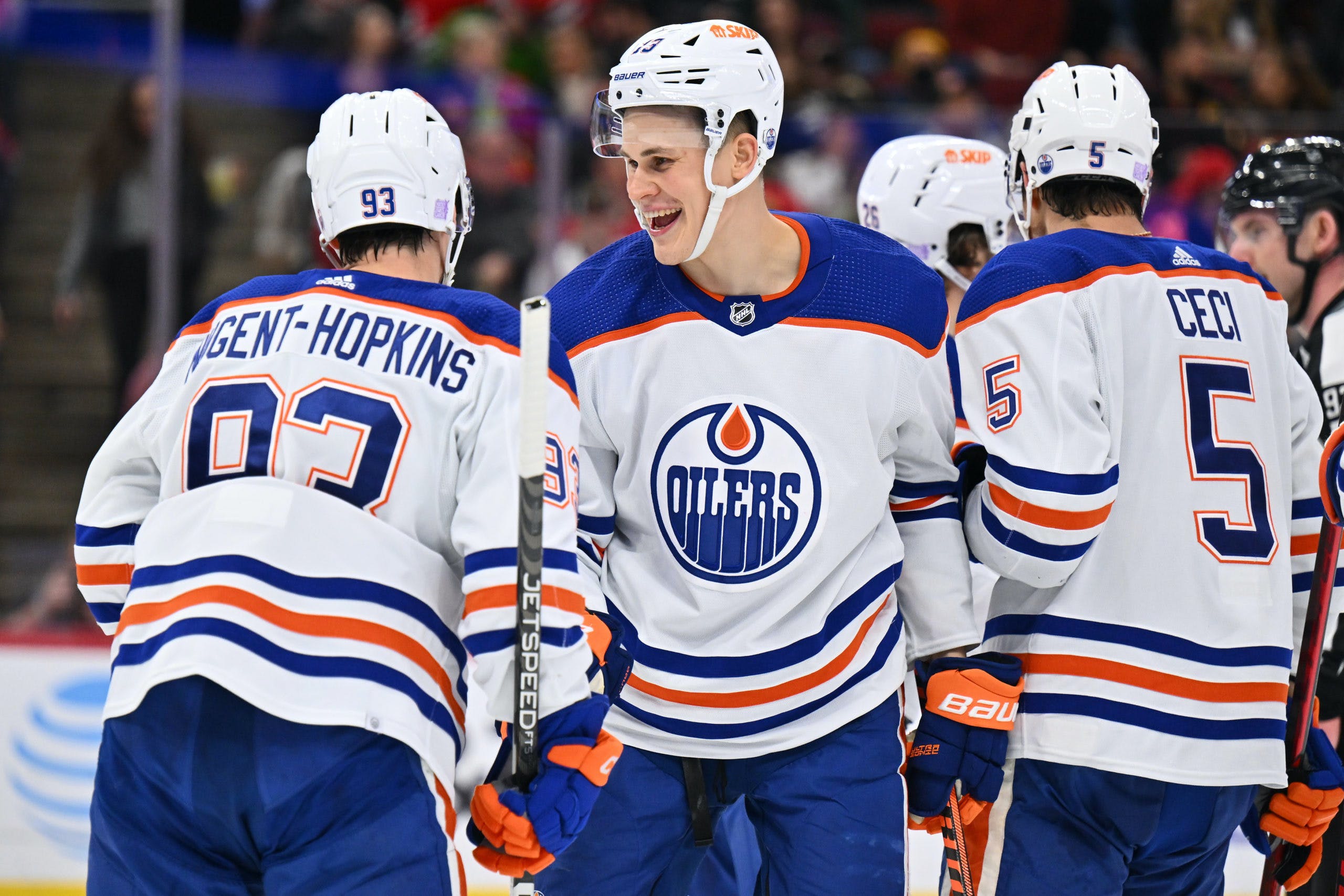 Photo credit: Jamie Sabau-USA TODAY Sports
By Zach Laing
1 month ago
Comments
The Day After is brought to you by NHL betting site Betway!
They came, they saw, they conquered.
And on Wednesday night, the Oilers walked out of Chicago with a 5-4 victory. It wasn’t pretty, but it’s a good thing style points don’t affect standings points.
The Oilers walked out with two, and that’s what mattered most. It was a rather boring first period between the two clubs, but things opened up in the second. Leon Draisaitl got the party started 54 seconds into the second frame capitalizing on a great feed from Darnell Nurse.
Goal two for the Oilers came halfway through the second, when Jesse Puljujarvi had a brilliant feed to Ryan Nugent-Hopkins, who filled the net with ease.
Chicago got one back as Boris Katchouk tipped in a Jack Johnson point shot at the 14:33 mark of the second. Edmonton carried a 2-1 lead into the third.
Advertisement
Ad
Advertisement
Ad
It didn’t last long, as Connor McDavid blew the doors open 1:18 into the second flying by Jack Johnson to score his 18th of the year. Mattias Janmark got his first with the Oilers at exactly the 10-minute mark cashing in a Nugent-Hopkins pass on a 2-on-1.
A 4-1 lead was great, but Max Domi and MacKenzie Entwistle scored 19 seconds apart. The former walked down from the point on the powerplay, while the latter caught the Oilers sleeping.
Edmonton’s last goal, scored by Draisaitl, came on a 2-on-1 with Connor McDavid at the 15:21 mark. Domi scored his second of the game with 1:11 to go in the third, but the Oilers held on.

it doesn't take long for the oilers to get on the board in the second. leon draisaitl makes it 1-0. pic.twitter.com/fgoKfzroLj

what a feed from puljujarvi and what a finish by nuge. 2-0 oilers. pic.twitter.com/gJcwgmA0C3

a chicago shot gets deflected and they make it a 2-1 game. pic.twitter.com/njVIzXH8ag

janmark has his first with his oilers. 4-1. pic.twitter.com/Ap1FcPS2W8

uh oh. two quick ones from the blackhawks and they're back in this game. pic.twitter.com/mI4yP0Gw9w

connor mcdavid and leon draisaitl on a 2-on-1. you know what happens next. 5-3 oilers. pic.twitter.com/eGCPUrrMXO