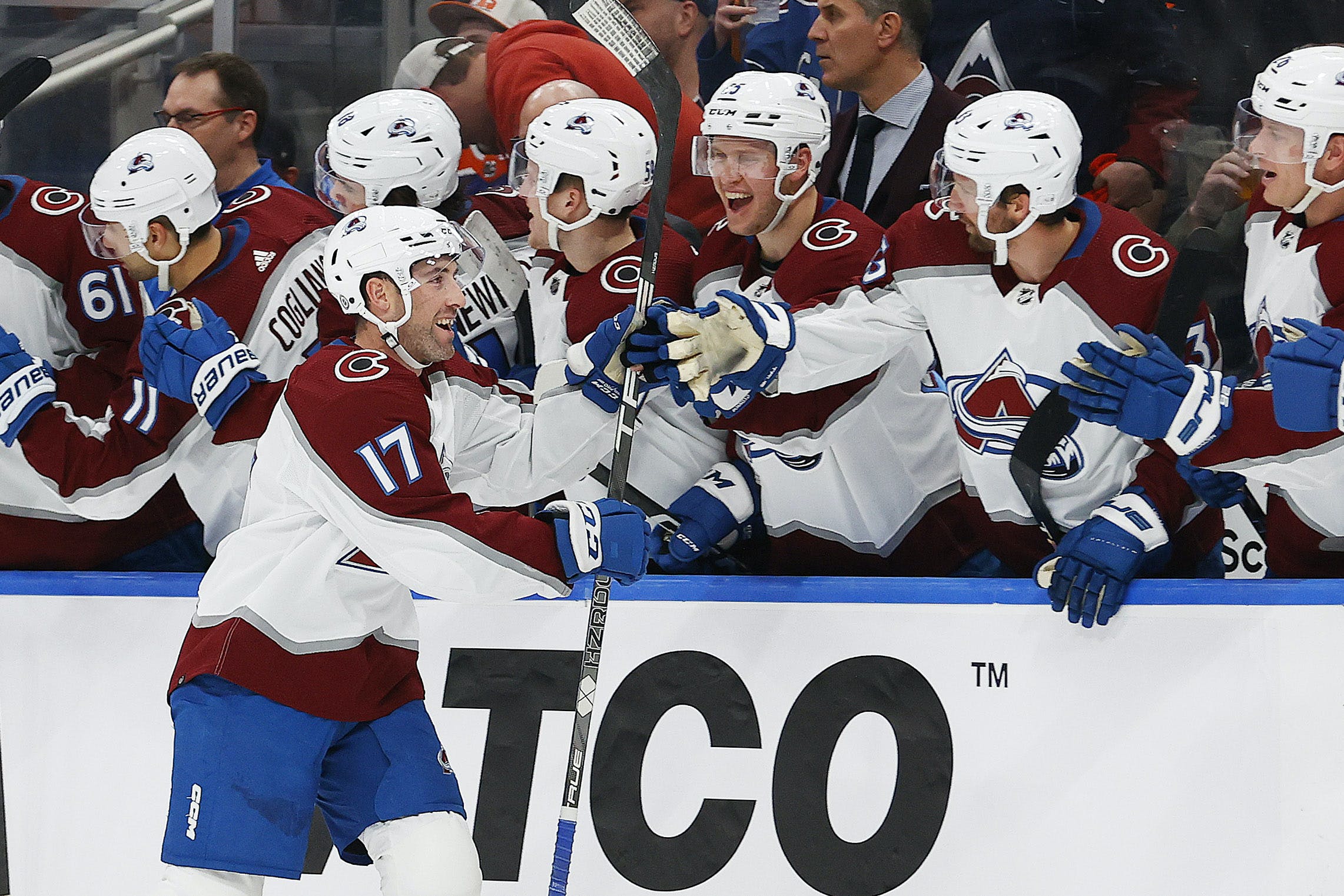 Photo credit: Perry Nelson-USA TODAY Sports
By Zach Laing
23 days ago
Comments
The Day After is brought to you by NHL odds site Betway!
The Edmonton Oilers vs. holding leads in hockey games.
It’s an issue that has plagued the Oilers this season and it came to fruition once again Saturday night. They got themselves a 2-0 lead in thanks to two powerplay tallys from Zach Hyman, but that, and some tremendous play by Stuart Skinner, were all that were good.
The Oilers had a nice 10 minutes to start the game, but the 5×5 play was all downhill from there. Hyman’s powerplay goals came at the 15:37 mark of the first period and 15:03 mark of the second, and the Avalanche were able to rally.
It was Nathan MacKinnon who split through Darnell Nurse and Cody Ceci at the 3:06 mark of the third, then former Oiler Brad Hunt, because of course, blasted a point shot home at the 8:19 mark of that frame.
Advertisement
Ad
Advertisement
Ad
Come overtime, it was Cale Makar who stuck a dagger in the Oilers’ heart.

philip broberg is off for repairs after taking a puck in the face. pic.twitter.com/ZvueIQRZ4Y

the colorado avalanche challenged for goaltender interference, but the call on the ice stood. pic.twitter.com/PouSelVnXC

who else but brad hunt. 2-2. pic.twitter.com/5fxxz9jRua