One of the obvious priorities for the Edmonton Oilers this summer is the goaltending position. Ben Scrivens had a difficult first season as an NHL starter and likely won’t get a second crack at the gig, meaning that Edmonton will go shopping for a No. 1 this summer.
We’ve talked a lot about potential names, but this morning I wanted to consider the most-mentioned candidates from an analytics perspective.
My preferred method is generally to look at the last three years of a goaltender’s career, and I’ve recently been convinced to move to adjusted five-on-five save percentage, which is minutely more predictive than regular five-on-five save percentage. Darcy McLeod did something very similar last month (his post is here) at the Because Oilers blog, but when I ran the numbers I got slightly different results and my assessment approach varies somewhat so I’m going to go through the exercise again.
Advertisement
Ad
Advertisement
Ad
The following are 12 goaltenders who should plausibly be available and might potentially be regarded as starters for the Oilers next season. Because we don’t normally use adjusted save percentages, I’ve included some reference numbers under the chart:
Ben Scrivens’ numbers, 2011-14: 1,647 shots, 0.929 adjusted 5-on-5 save percentage
Viktor Fasth’s numbers, 2011-14: 792 shots, 0.925 adjusted 5-on-5 save percentage
Median starting goaltender, 2014-15: 0.930 adjusted 5-on-5 save percentage 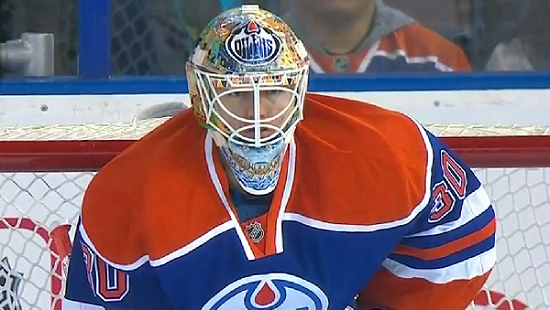 Looking at the reference numbers, it’s easy to see why the Oilers decided to gamble on Scrivens; in retrospect the real mistake was that a 32-year-old Fasth wasn’t a very good choice for the 1B role. I say “in retrospect” because I didn’t catch that mistake last summer, although the method I’m using today would have flagged it as an issue.
Advertisement
Ad
Advertisement
Ad
For each of these potential goalies, we need to consider several key factors. As I see it, the main ones are these: 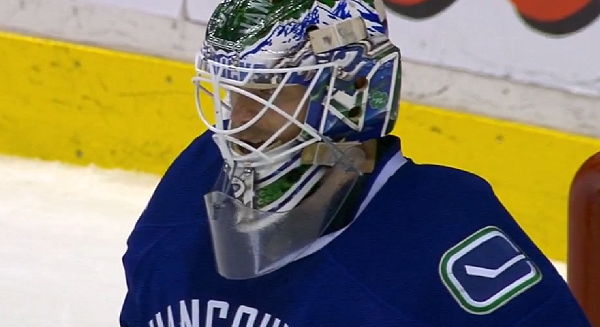 The following chart offers my best guess as to trade cost for signed players and dollar cost for free agents, as well as the performance, age and sample size for each of the dozen goalies listed above:
At first blush, I’d eliminate several candidates from consideration. Craig Anderson’s age and term make him a poor fit for a rebuilding team, despite his obvious competence. Kari Lehtonen is even worse. Antti Niemi is likely to be an expensive add, and while he’s proven his performance is near the bottom of this list and his age isn’t ideal for Edmonton.
Jonas Hiller is a nice option as a stopgap, but the question is whether a stopgap makes sense for Edmonton. He shouldn’t cost too much to acquire but the Oilers would need to address the position again next year.
Advertisement
Ad
Advertisement
Ad
Ignoring acquisition/contract cost, Jonathan Bernier is the best option for the Oilers. He’s still in the heart of his career, he’s been a well-above average starter for the last three seasons, and he’s a proven commodity. It’s certainly worth sounding out Toronto on what they would want in exchange, but it strikes me as probable that the price would be quite high, and that would be followed by the necessity of a big contract to secure the player. He would, however, lock the position down for the foreseeable future.
Cam Talbot is appealing because he’s cheap, still in his prime years and extremely effective. The caveats here include the trade cost of adding him; my guess is that the Oilers would have to part with the No. 33 overall and early rumours suggest the Rangers are looking for a first-round pick (I’m skeptical they get it, but we’ll see). The other issue is that a) he’s played behind the New York defence, and even adjusted save percentage may not compensate for that and b) we aren’t talking about many shots against, really.
Advertisement
Ad
Advertisement
Ad
Thomas Greiss shows really well here, and he’s going to cost nothing in free agency. I’d love to take a gamble on him as an NHL G.M., but the trouble is when you look at his three-year numbers they were really boosted by one season in Arizona and outside of that he’s just been okay. He’s the kind of guy a team might be able to sign for two or three years at $1.5 million, though.
Eddie Lack is the obvious alternative to Cam Talbot. He’s a little younger, a little more proven, a little cheaper and doesn’t play for New York. If the acquisition cost is significantly less than Talbot he gets interesting in a hurry.
Jhonas Enroth, Karri Ramo and Michal Neuvirth are all in basically the same category. Enroth is probably the most interesting of the three; he’s the most proven and at the younger end of the spectrum. Ramo and Neuvirth are very much in the Scrivens’ range last season.
Advertisement
Ad
Advertisement
Ad
Robin Lehner’s an interesting case. If we knock off last year, where he struggled with injury, we’re looking at a guy very much in the range of the other goalies (0.929 adjusted save percentage) over the last three years and he’s also younger than the other goalies on this list. I wouldn’t feel comfortable doing that, and I’d be worried about his concussion, too. This would be a major roll of the dice, particularly if a second-round pick is the asking price.
In Peter Chiarelli’s shoes, my Plan A would be Cam Talbot, but I wouldn’t be willing to go above the No. 33 pick in trade. Plan B would be Eddie Lack, but I wouldn’t give up the No. 33 to Vancouver for him; of the Oilers current picks the No. 57 would be my upper limit (though in the event the Oilers were to trade down from No. 33 like they did in 2013, a mid-second round selection would be fair value in my books).
Advertisement
Ad
Advertisement
Ad
Assuming neither of those players were available for that price, any of Enroth, Greiss, Neuvirth or Ramo (in that order) via free agency would be a somewhat reasonable outcome. It’s a gamble, to be sure, but 2015-16 is less critical than future years will be. It would also not be an expensive bet and given the Oilers’ cap situation and other needs I don’t think the club can afford to spend significant money or assets on a goaltender this summer.