Advertisement
Ad
What is Tippett Thinking? 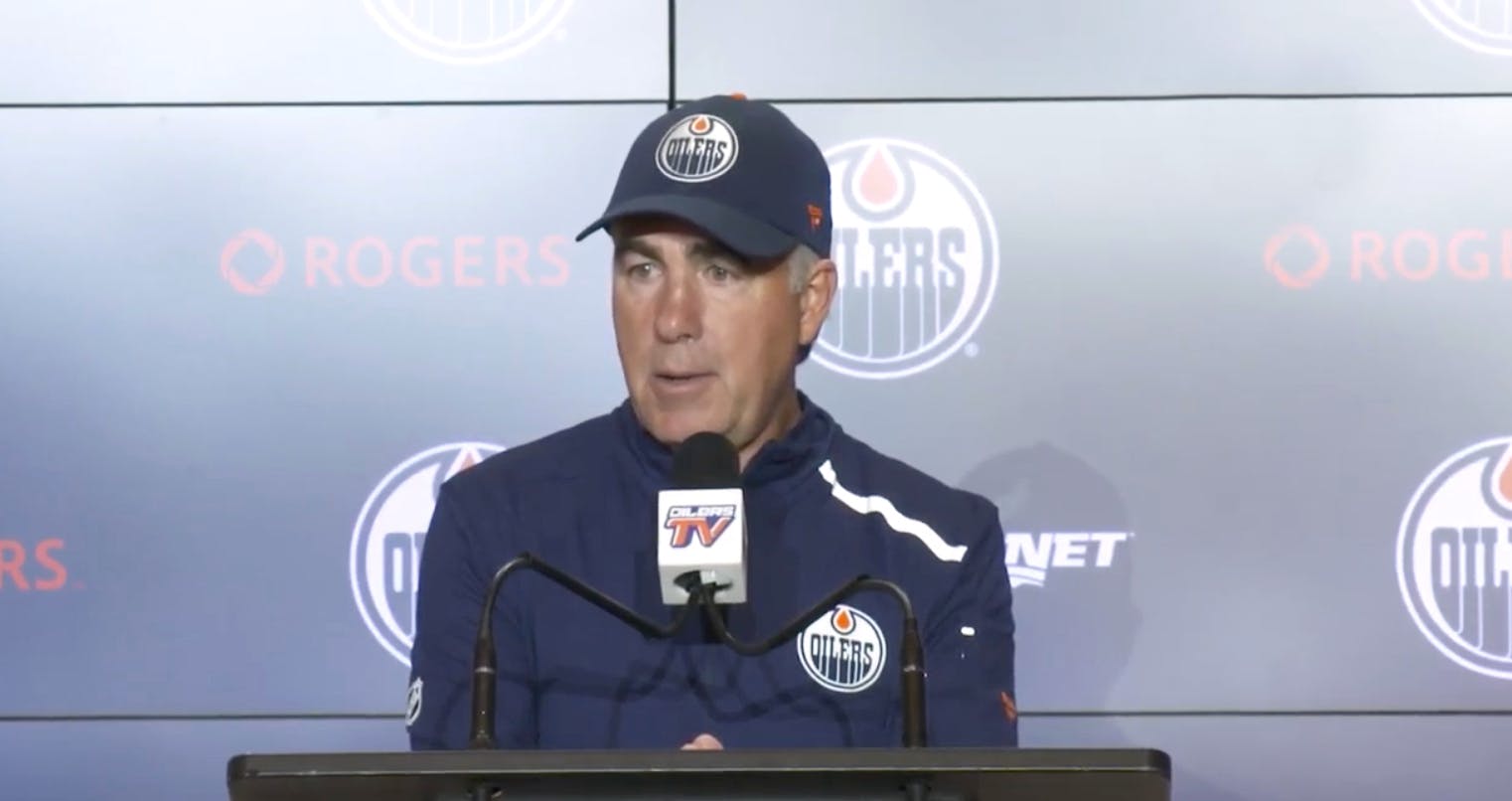 By Jason Gregor
3 years ago
Comments
You never know 100% what an NHL coach is thinking, but Dave Tippett has been quite open about what he sees on the ice and gives honest assessments on how he thinks players are playing. He protects his players, but he also won’t sugarcoat things to the media if a player is in a funk.
@Riley Sheahan, @Josh Archibald and @Joakim Nygard are all scheduled to return to the lineup at some point this weekend. Sheahan and Archibald are ready today, and Nygard is very close according to Tippett. So we will see at least two changes up front tomorrow, and maybe three if Nygard is ready.
Tomas Jurco was placed on waivers today so he can clear or be claimed by tomorrow, allowing the Oilers to activate Archibald from Injured Reserve. The Oilers also reassigned Colby Cave to Bakerfsield making room for Joakim Nygard on the roster.
I felt @Sam Gagner, @Markus Granlund, @Colby Cave or @Patrick Russell were all options to go down.
Granlund and Gagner would have created the most cap space because $1.05 million of their salary wouldn’t count against the cap while in the minors.
Advertisement
Ad
Advertisement
Ad
Gagner is the most skilled of the four, and the only one who can moonlight in the top-six, while the other three are bottom six forwards who kill penalties.
Granlund and Russell have done very little offensively. I recognize being on the PK is important, but if your only contribution will be two minutes on the PK/game, then it really limits how much you can help the team. Russell, while he has a been a good story, but he doesn’t make many plays when the puck is on his stick. I watched him closely last night when he entered the zone with the puck, and most times he just went down the boards. Rarely did he cross into the middle to open up a lane. Granlund is a veteran, but he hasn’t done much when in the lineup. He is more versatile, as he can play wing and centre, but so far he hasn’t moved the needle much during games.
Advertisement
Ad
Advertisement
Ad

Sheahan and Archibald are ready to play. Tippett also said Nygard is close so possibly all three in lineup Friday, but the first two for sure. #Oilers

Let’s assume Nygard is healthy, then I’d look at these lines.
Draisaitl-McDavid-Kassian
Nygard-RNH-Neal
Khaira-Sheahan-Chiasson
Gagner-Haas-Archibald
Neal played better on the right side, so I’d slide him over there and Nygard’s speed should hopefully help the second line.
I’m basing the bottom two lines on what Tippett hoped to have out of training camp: One heavier line and one smaller, quicker line. He could swap Archibald and Chiasson considering Archibald played a lot with Sheahan and Khaira to start, but they didn’t produce anything, so I’m going with these combos.
Here is what Tippett had at practice today, which tells me Nygard likely isn’t ready yet for tomorrow.
Draisaitl-McDavid-Kassian
Neal-RNH-Chiasson
Khaira-Sheahan-Archibald
Granlund-Haas-P.Russell
Gagner and Nygard were the extra forwards, so Gagner could be out. I’d play him ahead of Granlund, because he has more offensive potential, but I don’t see it being that big of a deal. Tippett really wants Nygard’s speed in the lineup and once he is cleared to play he will be in for sure.
Advertisement
Ad
Advertisement
Ad
What line combos would you use?
Blueline Options
Oscar Klefbom didn’t skate today. He blocked a shot on his left leg last night and was given a day off. I noticed Matt Benning was paired with Klefbom late in the second period and all of the third. He played 7:07 at 5×5 with Manning and 5:10 with Klefbom. I wonder if Benning plays with Klefbom tomorrow, while Russell plays his natural left side with Joel Persson in the third pairing?
Benning won’t play 20 minutes, mainly because he isn’t one of the top-four PK guys, but at 5×5 he is more reliable defensively than Persson right now. He has more NHL experience and is better suited, today, to play more minutes at 5×5. I also think it will benefit Persson to play some third pair minutes, as he tries to make a more positive impression with the coaches.
Advertisement
Ad
Advertisement
Ad
Something to watch for tomorrow.

Feb 15, 2019; Raleigh, NC, USA; Carolina Hurricanes left wing Jordan Martinook (48) takes a face off against Edmonton Oilers center Ryan Nugent-Hopkins (93) at PNC Arena. The Hurricanes defeated the Oilers 3-1. Mandatory Credit: James Guillory-USA TODAY Sports
Saying the Oilers need more from Ryan Nugent-Hopkins doesn’t mean he is playing terribly. It means what it says. He needs to be better at 5×5.
He has no 5×5 goals in 17 games. Among forwards in the NHL, he has played the most 5×5 minutes without scoring a goal, but he isn’t the only offensive player still searching for a goal at 5×5.
The Oilers need more from Nugent-Hopkins and he is capable of it, no question. He has only scored fewer than 10 goals at 5×5 twice.
In 2013 during the lockout shortened season, he had two 5×5 goals, and four in total. In 2015/2016 he scored six 5×5 goals (12 overall) in 55 games. The other years he has ranged between 10, 11, 11, 14, 15 and a career-best 19 in 2015. He has never produced huge goal totals at 5×5, but they Oilers need him to start chipping in.
Advertisement
Ad
Advertisement
Ad
He and @James Neal need to start chipping in together, and I think Nygard’s speed, good forechecking and puck retrieval skills will help them. Plus I think Neal is better on the right side.
RNH is not above being asked to do more. He is a fan-favourite for many, and he should be. He’s been a solid player, but right now he needs to do more.
The good news is he looks like he might be poised to light the lamp very soon.
In the first ten games of the season he had 18 shots on goal. He has 20 shots in his last five games. I realize he hit some goal posts early in the season, but the reality is he doesn’t have a goal in 222 minutes of 5×5 play. He is the third most-skilled forward on the team, and I’d expect more than any bottom six forward, to get going offensively.
Advertisement
Ad
Advertisement
Ad
They pay him to produce, and if he starts producing at 5×5, the Oilers chances of winning will go up significantly especially as the top line continues to produce at elite levels.