By Tyler Yaremchuk
8 months ago
The Battle of Alberta starts tonight! The stakes are high for both fanbases but of course, you can also get in on the action yourself by placing a few wagers. That’s what I’m here to talk about.
Obviously, you can bet on this series from game to game, and I’ll have more on that in just a second, but you can also bet on the series as a whole as well. Everything from how many games it will take, who will win, and how players will perform.
To start, the easiest one is who will win the series. The Oilers are +165 to win this series straight up, which means if you were to wager $100 on them, you would walk away with a $165 profit. If you think the Oilers could win this series in six games or less, that payout is +275. You can also bet on the exact number of the games the Oilers will win the series in:
Oilers in four games – +1700
Oilers in five games – +950
Oilers in six games – +575
Oilers in seven games – +625
There are also odds on how many games the series will go, regardless of the winner:
Four games – +550
Five games – +250
Six games – +200
Seven games – +210
It’s interesting that the books view a six-game series as the most likely outcome, with seven games close behind it. If I had to choose, I would wager on this thing going seven games. I think we might be in for an instant classic between these two.
It’s also worth noting that they split the season series this season, so the Oilers have shown that they can beat the Flames
You can also find bets on how individual players will perform throughout the series. The first one I want to talk about is @Connor McDavid. McDavid scored four goals and added ten assists in the team’s first-round series against the LA Kings. I found his over/under for goals in the series set at 3.5 with the over paying -118 and his point total set at 8.5 with the over also paying -118. That means you would have to wager $118 on this bet to make a $100 profit.
I don’t mind either of those spots. McDavid was insanely productive in round one and he has a history of torching the Calgary Flames. In the last five seasons, he has 20 goals and 17 assists in just 27 games against the Flames. That’s incredible and I’m not sure if they’ll be able to slow him down in this series.
I like both of those McDavid bets, but I absolutely LOVE the @Evander Kane goal prop for this series. You can find it right around 3.0 for the entire series and I think that’s too low considering how productive he was in the regular season (22 goals in 43 games). He also had seven goals in seven games during the first round against the Kings. Even if you take out his game three hat-trick, he still would have hit the over for the series. This is a great spot.
One area I’m staying away from is the @Leon Draisaitl props. His goal total is set at 3.5 and his point total is set at 7.5 While I don’t doubt that he can do it, the fact that he isn’t 100% healthy right now is leading me to stay away. If he were to miss a game or two in the series, that could sewer the bets. 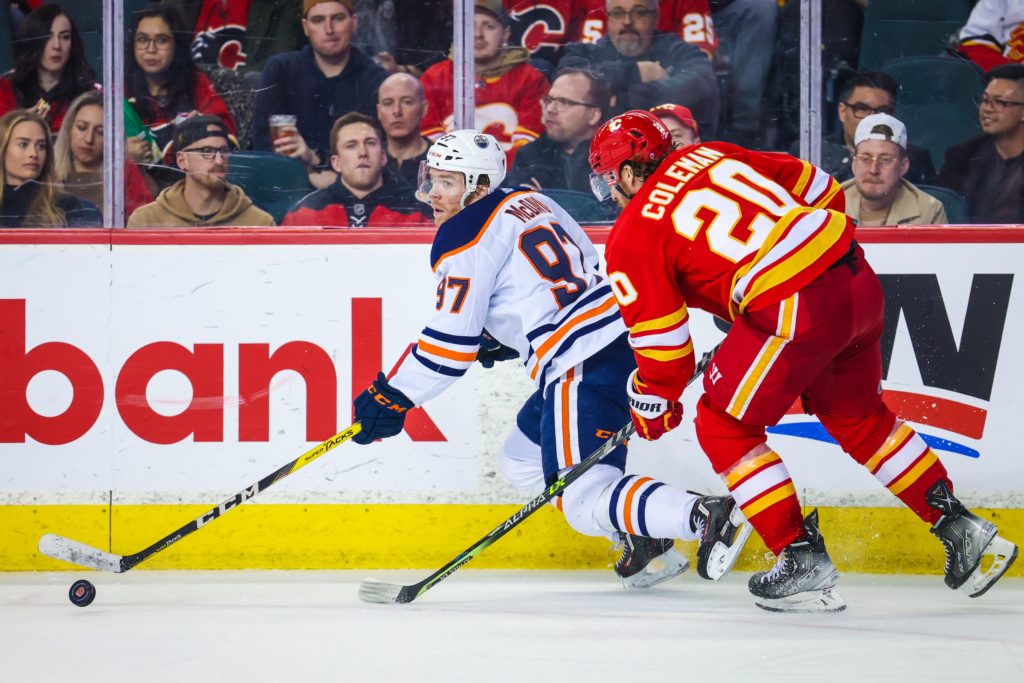 Mar 7, 2022; Calgary, Alberta, CAN; Edmonton Oilers center Connor McDavid (97) and Calgary Flames center Blake Coleman (20) battle for the puck during the third period at Scotiabank Saddledome. Mandatory Credit: Sergei Belski-USA TODAY Sports
I’m going to use game one as a bit of a feeling-out process. The Oilers are also underdogs in game one and that makes sense considering they’re starting on the road. They’re +140 tonight and I would expect that once the series shifts back to Rogers Place, the odds will be closer to +100.
McDavid is -125 to go over 1.5 points tonight, which isn’t a bad spot considering he hit that mark in six of the seven games against the Kings. I will personally be betting on him to score at +140 and I might even sprinkle a little on him to score first, which is paying out +1100 on Pointsbet Canada
If you can find a McDavid powerplay point prop bet, I think that’s a good spot too. I have a feeling that the refs will be calling this game close to really set the tone for the series and make sure there aren’t too many post-whistle shenanigans. Betting on McDavid to get a powerplay point at +125, which is what I found it at, seems like a good play.
The over/under tonight is set at 6.5 with the over paying -125. I don’t have a good feel about either side of this one, so I’ll be staying away.
There are three player shot props I like tonight too. McDavid to go over 3.5 shots (he hit this mark in three straight to close out the series vs LA), Hyman to go over 2.5 shots (he hit this in three of the last five games in round one), and Evander Kane to go over 3.5 shots (he hit this in five games in round one).
That’s all I got for tonight! If you want more sports betting talk, go download the BLT Bets Podcast with myself, Baggedmilk, Liam Horrobin, and Zach Laing! You can also join our Twitter Community HERE.
SPOTIFY: https://open.spotify.com/episode/1Qc4X065T7HQEEmvOgac3f?si=OMiF6ZzwR3aD6MnT7UR92w&nd=1
APPLE: https://podcasts.apple.com/ca/podcast/previewing-round-two-of-the-stanley-cup-playoffs/id1621141988?i=1000561678534 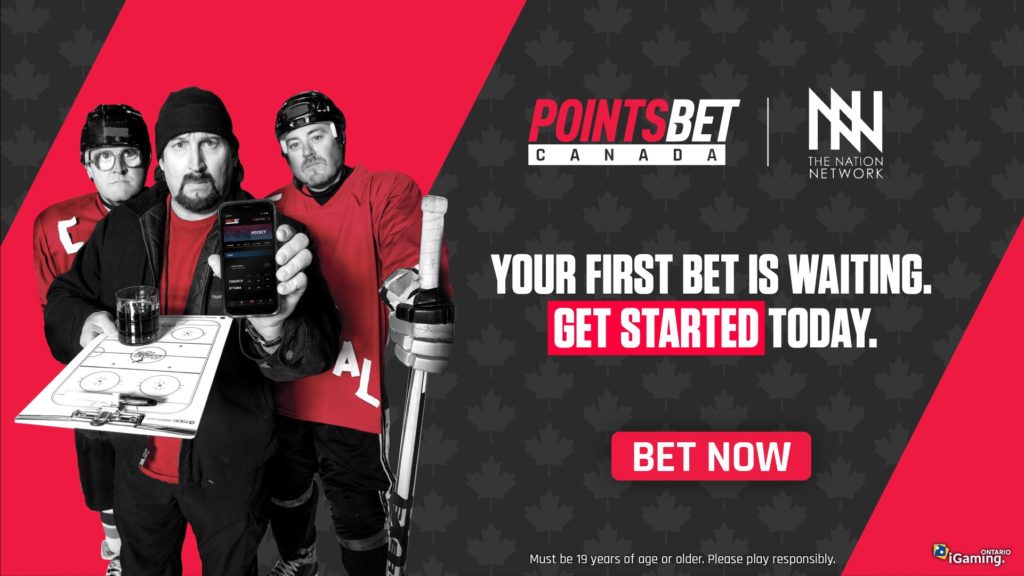