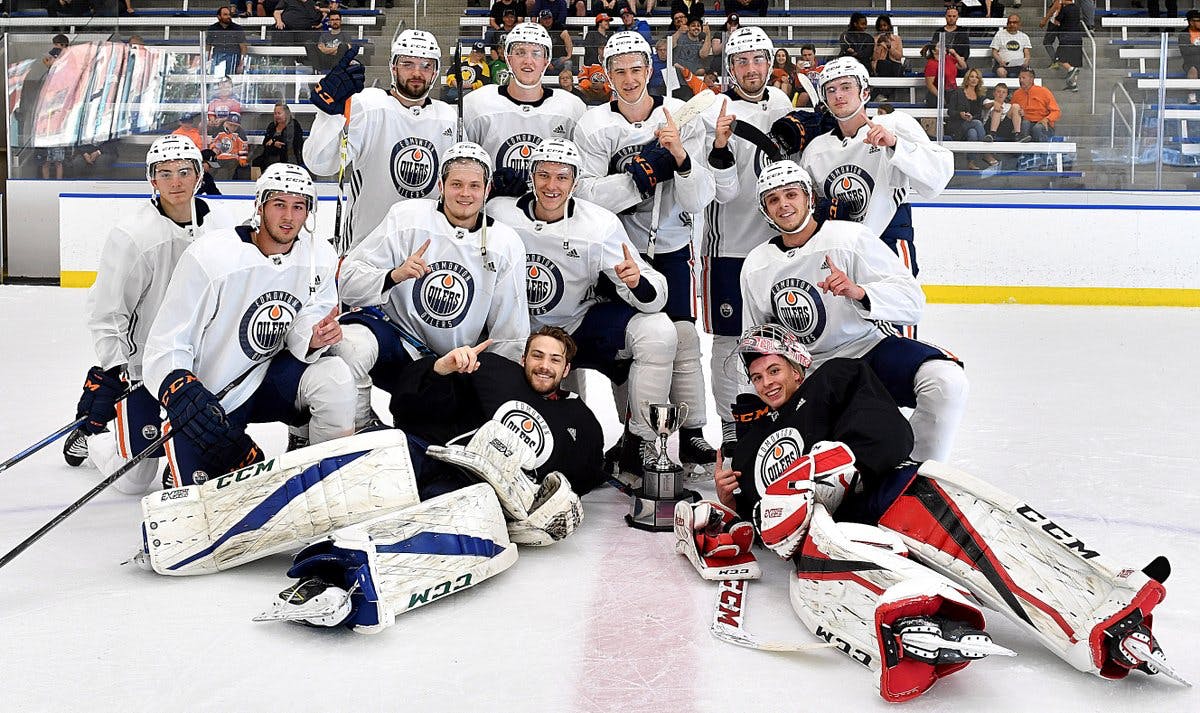 By Zach Laing
4 months ago
The Edmonton Oilers will get their first look at their 2022 draft class this week as the first development camp since 2019 kicks off.
The roster features most of the Oilers’ full 2022 draft class including Reid Schaefer, Samuel Jonsson and Joel Maatta.
It also includes goaltender Ryan Fanti, a goaltender the Oilers signed out of the NCAA last year, as well as forward Noah Philp, who played for the University of Alberta last season.
There are a few other names that jump out to me. One of them being Brayden Schuurman, a 5’9 winger from the WHL’s Victoria Royals. The 18-year-old scored 29 goals and 54 points in 68 games last year, and was on team Canada’s u18 roster where he scored two goals in four games.
He was ranked 58th in NHL Central Scouting’s midterm ranking for North American Skaters, but fell 18 spots in 76th in the final rankings. Ultimately, Schuurman went undrafted.
Another name that jumped out to me was forward Colton Young, a Calgary native who played through the AJHL before spending the last three years at the NCAA’s Colgate University. I saw Young lots when I worked play-by-play for the Eagles, and he was a great player.
He scored 48 goals and 133 points in 112 games over his last two seasons there, and is coming off season with Colgate where he scored 15 goals and 32 points in 38 games. His younger brother, Alex, also played with the Eagles and now at Colgate. He was drafted by the San Jose Sharks in the 7th round of the 2020 draft.
You can see the Oilers full development camp roster here.
Zach Laing is the Nation Network’s news director and senior columnist. He can be followed on Twitter at @zjlaing, or reached by email at zach@oilersnation.com.