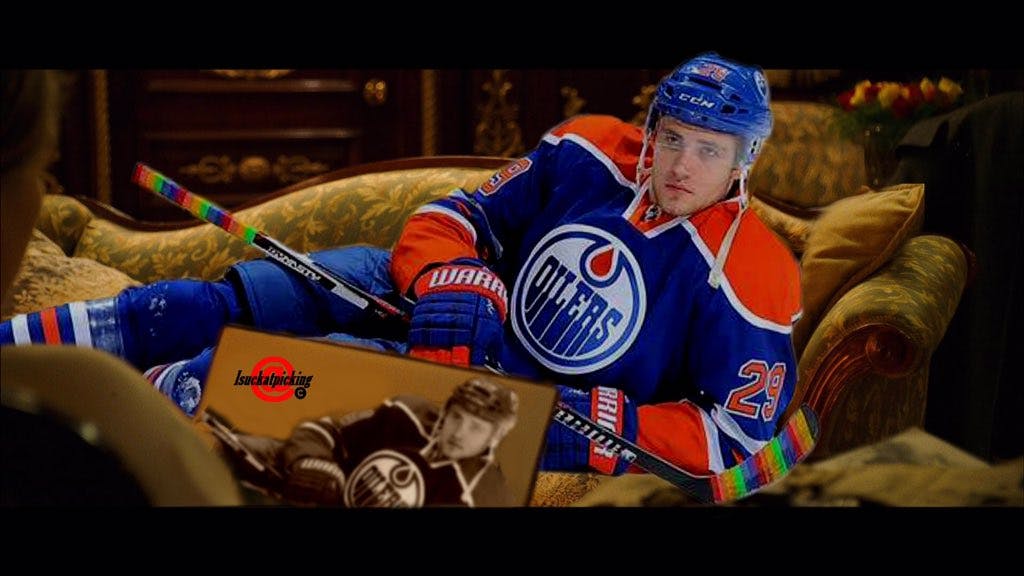 By baggedmilk
4 months ago
Even though Tom Gazzola broke the story a while back and the team has been teasing it for days, the Oilers have finally announced that they will be bringing back their classic blue and orange jerseys for the 2022-23 season and I could not be happier.
I don’t know about you fine folks, but I could not be happier that the Oilers have finally decided to go back to their classic blue and orange jerseys after spending the last few seasons in the pylon-coloured orange. That’s not to say that I hate the orange jerseys — I thought they were fine, I suppose — but the classic blues are so beautiful to look at that it was honestly a shame to have them sitting idly on the sidelines. I mean, why would we not want our guys to look their sexiest when on the ice? Look good, feel good, amirite?
Digging into the history of these sweaters, the Oilers wore the royal blue and orange uniforms as their primary dark colour for most of their time as a National Hockey League team. Its original run lasted for more than a decade as the Oilers used this colour scheme from 1979-80 through 1995-96. In the late 90s, however, the team changed things up and went with a deeper navy blue as the primary darks from 1996-97 to 2008-09. After that 10-year run, the original royal blues returned full-time in 2009-10 to 2016-17 when the team shifted from blue to orange until the end of the 2021-22 season when they basically gave up on them entirely.

“We are excited to re-introduce these iconic jerseys and are grateful for the input from both the leadership group in our locker room and our great fans,” said Stew MacDonald, Edmonton Oilers President and Chief Revenue Officer. “There is a great history to this jersey, including five Stanley Cup championships, and we look forward to the team creating many more historic moments in blue and orange starting this fall.”

While the team’s primary jersey colours will now be blue (home) and white (away), the Oilers also confirmed that the team’s alternate uniform will continue to be worn throughout the season. In addition, all of Edmonton’s draft selections in Montreal will wear the blue jersey once their name is called, and I couldn’t think of a better way to kick off their Oilers career than by tossing on the best threads this team has ever had. As a lifelong fan of this team, I couldn’t be happier. Welcome back, beautiful blues.
News
Team News
Recent articles from baggedmilk