By baggedmilk
30 days ago
I hope everyone enjoyed the Christmas break and that you used the time off to relax because the Oilers’ stretch run is gearing up to be a stressful one, and it all starts tonight with the third and final Battle of Alberta of the season.
Be sure to check out the latest Oilers game day odds from NHL betting site Betway
Ignoring for a second that this is the last BOA of the season — a weird schedule quirk that I do not understand based on how heated this rivalry has gotten — I cannot stress how important this game is for the Edmonton Oilers. Over the last couple of weeks, this team has dropped at least four winnable games and finds themselves sliding down the Pacific Division standings and out of a playoff spot in the process. At 4-4-2 in their last 10 games, the Oilers are struggling to find any traction right now and the result is a team that looks average at best and completely lost at worst, which is a tough pill to swallow when you consider the expectations we all had for them leading into the season. Yet, despite the struggles, it doesn’t seem like there’s any help coming from a trade perspective and that means the boys in that lockerroom have to be the ones to pull us out of this mess, but it’s going to take heightened levels of execution from everyone on the roster if we have any chance of watching that happen. From the crease outward, we need a whole lot more and we need it to happen now.
The good news is that the Calgary Flames usually bring out the best in our boys, and my expectation going into the third and final matchup of the season series is that every single player in a white jersey is ready to go. After the way the Oilers blew their last outing against the Canucks on Dec. 23rd, there was no room for excuses and anything less than an all-out, 60-minute effort would be a total failure. Even though the Oilers have a +7 goal differential over their last 10 games, 20 of their 39 goals came from three games alone (Arizona, Nashville, Dallas) and it’s getting tiring that the only way this team seems capable of winning right now is if they outscore their problems. If they’re going to beat Calgary in the rubber match, the focus cannot be on scoring goals alone but rather on how to keep them out of the net as well. Even though the Flames are also having a mediocre season by their own standards, I don’t think I’m talking out of school when I say that the sloppiness we’ve seen on our end over the last month or so will be a real problem against a team that’s starting to find their way. But if the Oilers can play up to their own standards then I see no reason why we shouldn’t be celebrating two big points. If they can’t, losing to Calgary will be the latest example in a long line of disastrous results that push us further away from the lofty goals we all shared before the season began.
Let’s see what the numbers say.

Numbers courtesy of Natural Stat Trick (Sv%, CF%, PDO, Shooting%, xGF% all at 5×5)
Leading up to tonight’s series finale, there are been 258 previous regular season meetings between the Oilers and Flames:

Hyman – McDavid – Puljujarvi
Foegele – Draisaitl – Yamamoto
Janmark – RNH – Kostin
Holloway – McLeod – Ryan
Nurse – Ceci
Kulak – Barrie
Niemelainen – Bouchard
Skinner
The pressure on the Oilers to win this game is real. Even though we’re not talking about a must-win night in the literal sense of making the playoffs, you can’t tell me it’s not a must-win game in a spiritual sense. I don’t care who scores or what needs to get done to pull out this win, the Oilers need to give us everything they have and I think I can speak for all of us when I say anything less than that would be extremely disappointing.

Dube – Lindholm – Toffoli
Huberdeau – Kadri – Lucic
Mangiapane – Backlund – Coleman
Lewis – Ruzicka – Ritchie
Hanifin – Andersson
Weegar – Tanev
Zadorov – Stone
Markstrom
What’s amazing about tonight’s Battle of Alberta is that the Calgary Flames aren’t having anywhere near the kind of season people expected from them either. Like the Oilers, Calgary has spent much of the first half of this season spinning its wheels and Edmonton needs to find a way to win this game to not only jump back up over them in the standings but also ensure that we’re not the ones that send the Flames back in the right direction.

When the Calgary Flames reached Christmas break, there was some good news and bad news. The good news is that they were in a wildcard playoff spot. The bad news is that the Flames were part of a jog-jam in the Western Conference standings, where five teams were separated by just two points.
And that lack of standings separation puts added importance on Tuesday night’s regular season finale of the Battle of Alberta.
In a nutshell, here’s how the end-of-season standings tiebreakers work:
The fourth tiebreaker is points earned in games played among the teams that are tied in points. If teams have played an uneven number of games against each other, the first game in the city that hosted the extra game (the “odd game”) is tossed out.
This season, the Flames and the Oilers play three games against each other: one in Edmonton and two in Calgary. Because Calgary hosted two games, the first game (the “odd game”) is tossed out and doesn’t count for tiebreakers.
In other words: if the Flames can earn a point or more in Tuesday’s game against Edmonton, they would clinch the fourth head-to-head tiebreaker with the Oilers. In the event that the Flames and Oilers are tied in points – and odds are if they are, their wins totals will be pretty close to each others’ – then the head-to-head points tiebreaker could be very big. 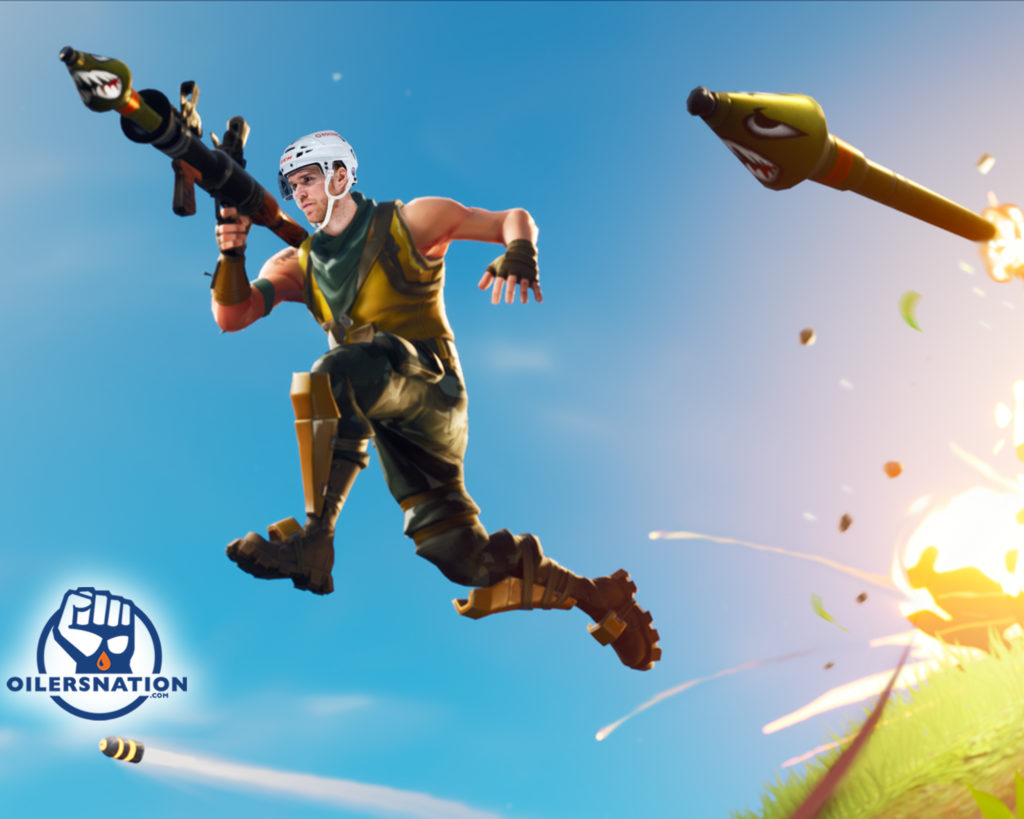 On the latest episode of Better Lait Than Never, I was talking all things Christmas and how happy I am that Ryan Nugent-Hopkins could not be hotter right now. Merry Christmas, everybody! Subscribe to Better Lait Than Never for FREE on Spotify, Apple Podcasts, Google Podcasts, and wherever else you get your podcasts from!
Editorials
Featured
Oilers Talk
Recent articles from baggedmilk