Advertisement
Ad
GDB 30.0 Wrap Up: Draisaitl’s face should be on the Predators jerseys, Oilers win 6-3 in Nashville 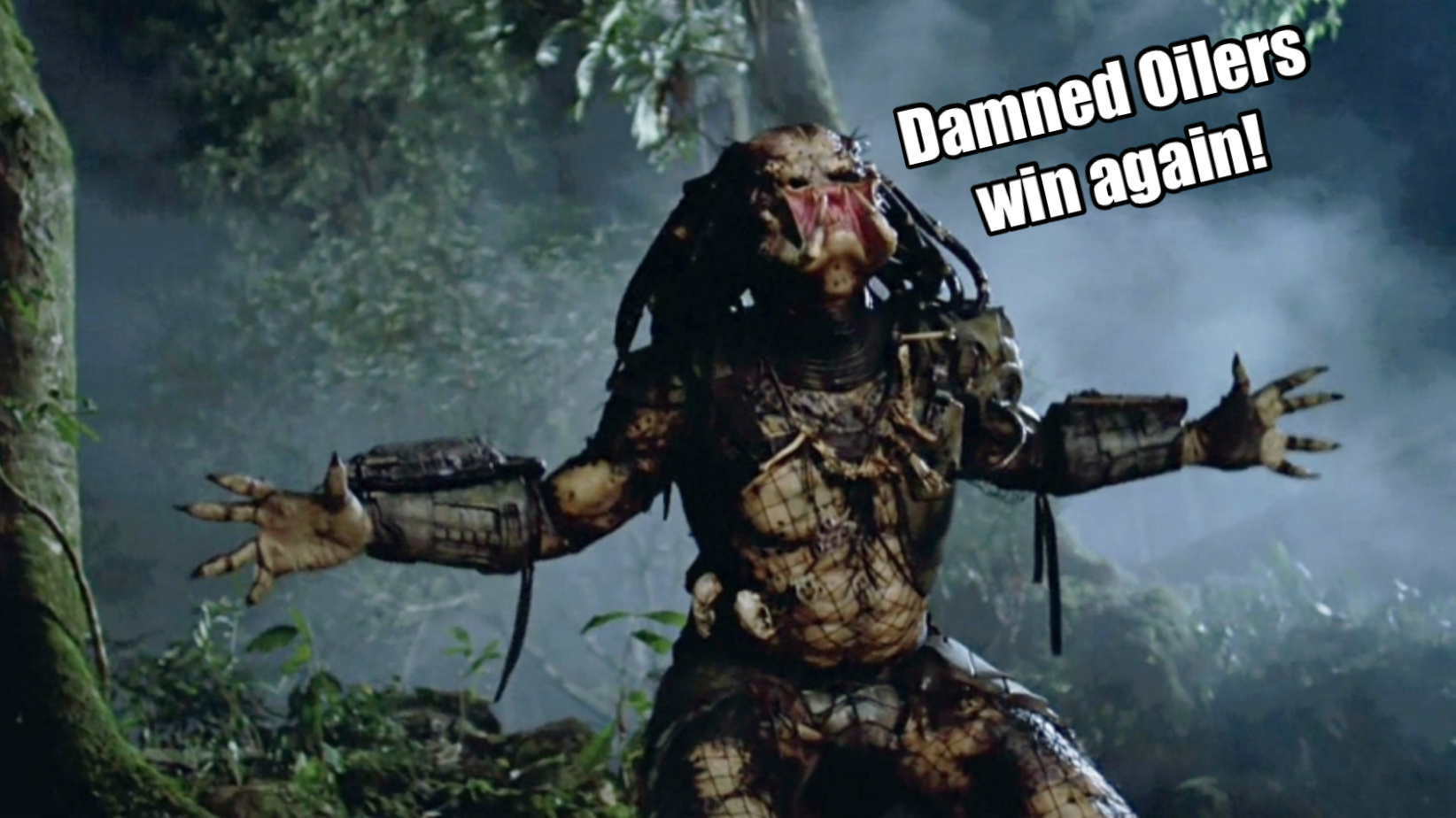 By baggedmilk
1 month ago
Comments
This is Leon Draisaitl’s team now. Final Score: 6-3 Oilers
Welcome to our Oilers game day content presented by NHL lines site Betway!
After the way the Oilers filled their pants with poo and shame last night in Minnesota, I was very intrigued to see how the boys would respond only 24 hours later against a team they’ve had success against recently. Even without the fact that they’ve owned the Nashville Predators over the last couple of years, I was thinking that every single player in a white uniform needed to show up to the rink pissed off about the way things went against the Wild. I wanted to see them take out their rage against the Predators. I wanted Nashville to suffer. Unfortunately, I look like a real dick when I’m hoping for destruction and the Oilers give up a goal on the first shot only 1:15 into the hockey game. Thankfully the tough start was but a mere speedbump as the boys found their legs as the period progressed, and they turned that hustle into two straight goals by Zach Hyman and a handful of sand to the eyes in the form of buzzer-beater by Leon Draisaitl to extend the lead to two. Even though the start was ugly, you have to give the Oilers a tonne of credit for not letting it affect them in the slightest.
Advertisement
Ad
Advertisement
Ad
Heading into the second period, I wanted the Oilers to keep the pedal to the floor and not give the Predators even an ounce of hope that they could climb back into this game. And while that did eventually happen, it took a few minutes for the Oilers to get back on their horse, which allowed the Predators the lane they needed to halve the lead and pull themselves back to within one. Apparently, Leon Draisaitl took that personally as he responded to the goal in under a minute, continuing his streak of doing whatever the hell he wants against this franchise. Undeterred, Nashville kept fighting and their relentlessness put them in plenty of positions to score, and with the way Campbell’s night was going to that point, it wasn’t overly surprising to see them narrow the gap once more. I’m not trying to rag on the guy, but you know what I mean. Fortunately, Connor McDavid stopped the comeback in its tracks with a beautiful power play rush that saw him carry the puck from coast to coast before burying his shot through the goaltender. By no means was it a perfect period, but for the second time, the Oilers carried a two-goal lead into the break.
Advertisement
Ad
Advertisement
Ad
Up by a pair with 20 minutes to play, the Oilers had some breathing room but not nearly enough to feel comfortable. They needed to close out this game with purpose and avoid trying to sit back in some kind of prevent defence. With the Predators up against the ropes, I wanted to see the Oilers land a killer punch and put this game to bed rather than having us all in a situation where we’re holding our breath for minutes at a time. Is that too much to ask? I didn’t think so. Yet, despite my own personal wishes, the Oilers seemed content to spend big parts of the period clogging up the neutral zone and only sending one guy in on the forecheck. As much as it was working for them, I never understood why teams that are leading down the stretch get away from the style of play that put them in the lead in the first place, but I digress. What matters most is that the Oilers got the job done and managed to keep Nashville off the board in the final frame, securing an eighth straight win over the Preds and pulling themselves to within a point of second place in the Pacific Division.
Advertisement
Ad
Advertisement
Ad
The wrap.

The Mayor of Nashville pic.twitter.com/hQjsysOnjI

@jsbmbaggedmilk It’s so refreshing to see teammates getting along. Nuge sharing his juice boxes on the bench with Hyman is bro love at its best.

If McDavid wants to stay on the first line, he’s going to have to start to bury those setups from JP 😜

Nick Alberga has been covering the Leafs for a long time so he had some pretty strong takes on what’s happening with Jack Campbell right now. My guy didn’t pull any punches to say the least. Subscribe to Better Lait Than Never for FREE on Spotify, Apple Podcasts, Google Podcasts, and wherever else you get your podcasts from!