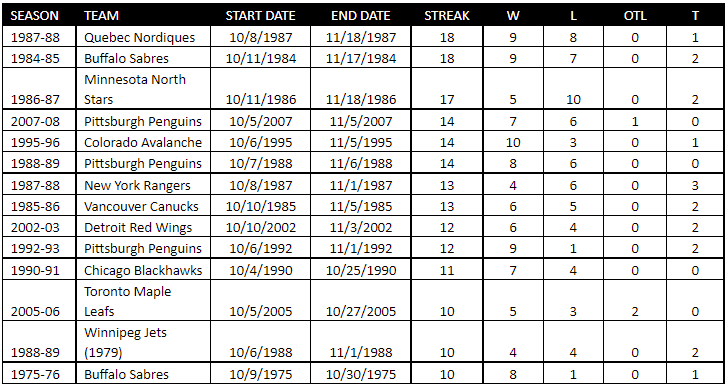 Interesting to note that only five of these 14 teams won more than half their games when their PP was clicking. Edmonton can become the first team to start the season with a PP goal in 10 straight since Pittsburgh started the 2007/2008 season with 14 games with a power play marker.
*** Trivia answer…Ethan Moreau (Anderson game) and Lauri Korpikoski (Sather) each had hat tricks. The Oilers won 6-3 when Moreau scored and 7-5 when Korpikoski tallied his hatty.