By Jason Gregor
8 months ago
@Mike Smith spent 13 minutes sharing his thoughts on his play, the Oilers’ improved 5×5 play and how he approaches tonight’s game.
Smith turns 40 in five days. He is very secure in who he is. The season hasn’t gone how he’d hoped, but he isn’t feeling sorry for himself and he didn’t sound like someone lacking in confidence.
Smith has to believe in himself, because if he doesn’t the game is lost before it starts. Confidence is everything in pro sports. It is more important than skill, because if you don’t believe in your ability it is unlikely you will perform well.
“I’m not really worried about things that have already happened,” Smith said to start his press conference. “I’m just focused on the game. That’s it. I’m not looking too far ahead. I feel good now. I’ve been working hard on my game with Schwarty (goalie coach, Dustin Schwartz).”
While Smith is working on his game, that doesn’t mean any major changes in his approach.
“There is no overhaul of your game during the season, especially with the length of time I’ve been in this league. Early on (in your career) you might make adjustments. I used to hold my glove backwards when I played junior. That was a big adjustment for me to try and fix that. But that was a summer job. That was a three, four month period of trying to get it to face the puck.
“At this point in my career I’m not going to be a stand up goaltender now. I’m not making drastic changes. That takes time to make those adjustments.
“Are there little things to work on? One hundred percent. There are always things to work on. If you think you have this position figured out, it will burn you pretty fast. It is such a unique position as things are always changing. Power plays are changing, there are always reads you have to change and evolve with.
“Has there been adjustments? Of course, there always has been, but I’m not reinventing the wheel. There are little things that…maybe it is a feeling that makes you feel more confident or lets pucks come to you a bit more, but nothing catastrophic,” said Smith.
The last line about a feel caught my ear. Goalies have to trust their instincts and their movement patterns. Former NHLer and current Daily Faceoff goalie analyst, Mike McKenna, pointed out how Smith went into the reverse VH on low angle shots. It wasn’t right. McKenna added it likely showed Smith wasn’t trusting himself. Playing well and struggling can be a very thin line sometimes, and for Smith, he’s been on the struggling side too often this year.
Can he find his way back to the playing well side? He believes he can and is hoping to take a step across that line tonight.

Kane – McDavid – Yamamoto
Hyman – Draisaitl – Puljujarvi
Foegele – Shore – Ryan
Archibald – McLeod – Kassian
Nurse – Ceci
Keith – Bouchard
Russell – Barrie
Smith
Three new faces are in the lineup tonight. Kris Russell plays his first game since January 29th, Jesse Puljujarvi his first since February 17th and Smith plays his first since March 5th. Puljujarvi and Smith are energetic and vocal personalities who will add some emotion to the team. Russell is quiet, but should be a good addition to the penalty kill.
“Any time you are returning NHL players to a lineup it is a good thing,” said Jay Woodcroft. “It creates competition for ice time.”
Puljujarvi’s return bumped McLeod down the lineup, but McLeod will still see time on the second PP unit and on the penalty kill. 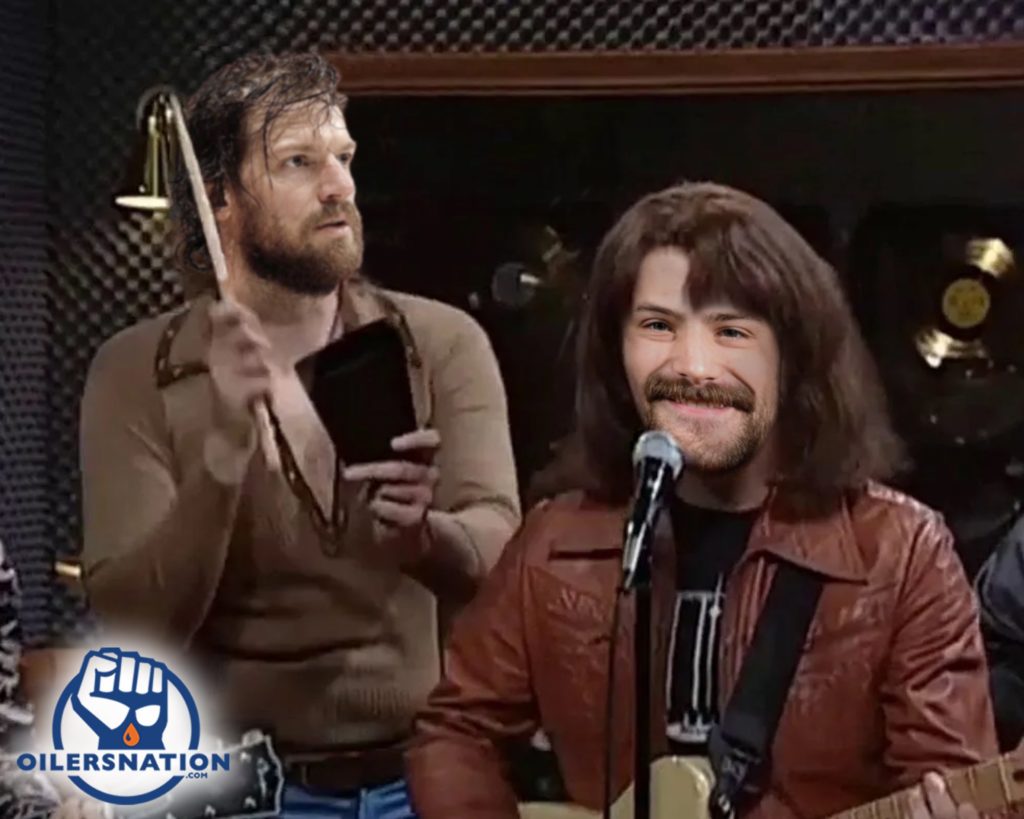