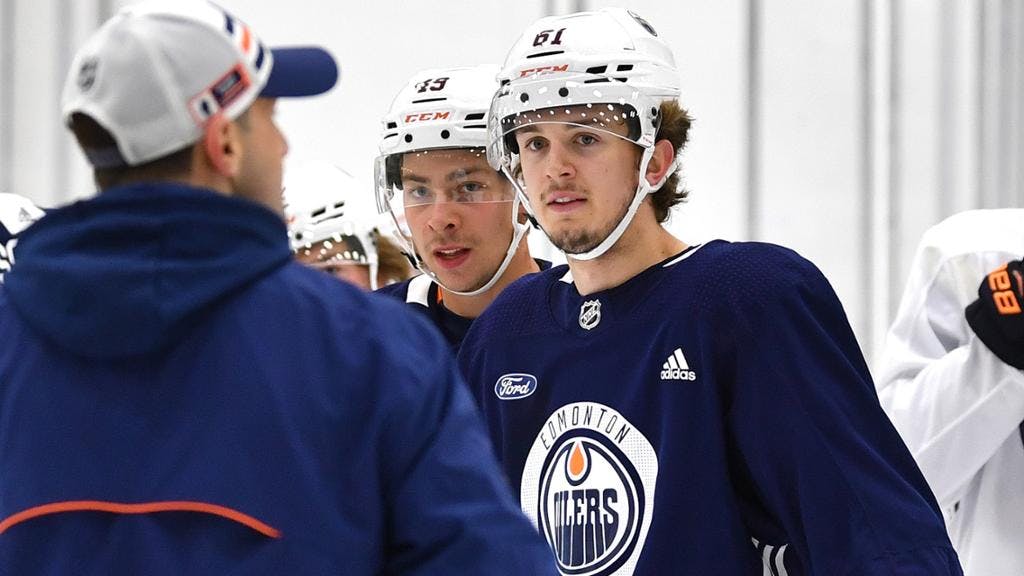 By Liam Horrobin
15 days ago
The Western Hockey League trade deadline came and went today, and one of the names moved was Jake Chiasson, the Edmonton Oilers fourth-round pick (116th overall) from the 2021 NHL Entry Draft. Chiasson was moved from the Brandon Wheat Kings to the Saskatoon Blades in exchange for a 2023 WHL 1st round pick, a 2025 WHL 2nd round pick, and a conditional 2026 WHL 2nd round pick.
The Wheat Kings drafted Chiasson in the first round of the 2018 WHL Bantam Draft at 15th overall. To this point in his junior career, he has played 141 games in the WHL, all for the Wheat Kings, and has scored 30 goals and 81 points. In the midst of a fine season, Chiasson has already surpassed his previous career high of 20 points in Brandon so far this season, scoring 28 points (10 goals, 18 assists) in 37 games. Chiasson was also an assistant captain with Brandon.
The Wheat Kings have struggled to gain much traction this season and sport a current record of 16-18-4, which is good for fifth place in the Eastern Division. Chiasson’s new team, the Saskatoon Blades, also compete in the same division but are currently sitting in second place with a record of 26-6-2.
The 2022-23 season is the first time Chiasson’s season has not been disrupted due to the pandemic or an injury since his rookie year and will be only his second playoff appearance after the Wheat Kings played in six postseason games a year ago. He is still an unsigned prospect in his final year of junior, and it’s pivotal that it stays that way. Hopefully, being on a more competitive team can help elevate his game and help him earn a contract with the Edmonton Oilers.