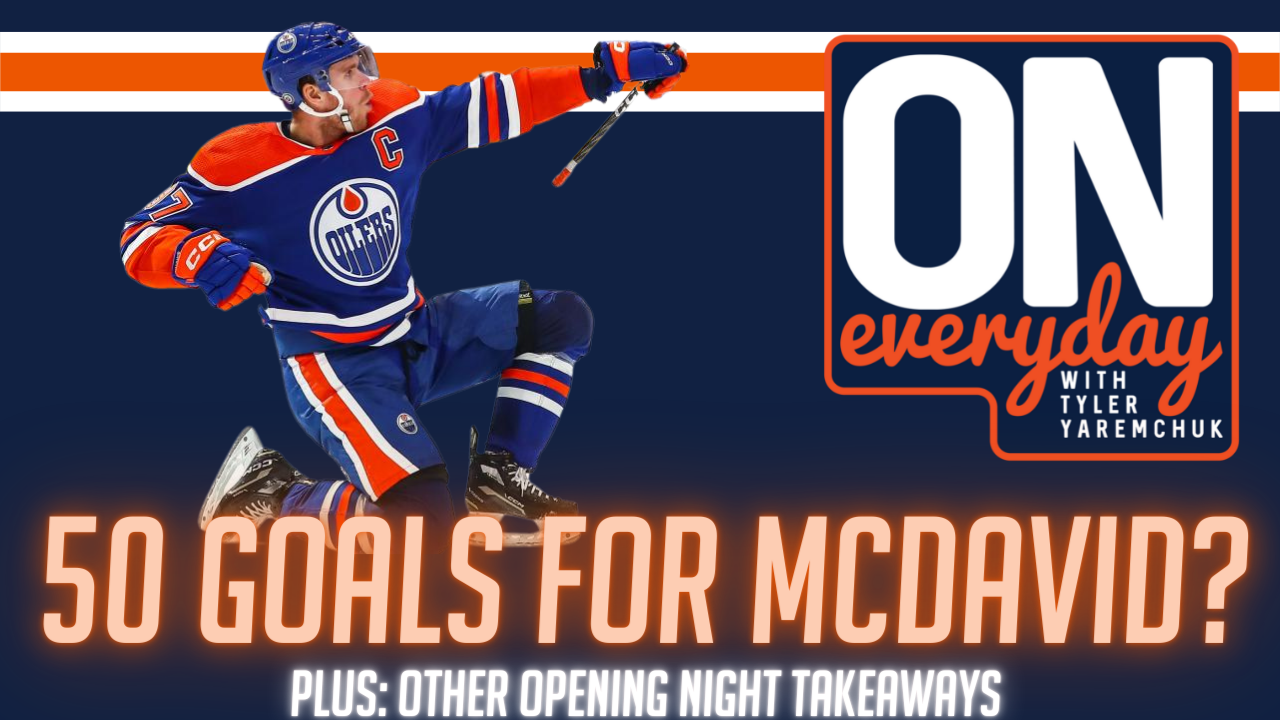 By Liam Horrobin
3 months ago
To nobody’s surprise, Connor McDavid did it again last night. The Edmonton Oilers captain led the way for his team, who found themselves down 3-0 early in the second, with the 11th hat trick of his career. Now, it begs the question, does McDavid score 50 or more goals this season?
Other storylines coming from last night’s win over Vancouver were the Oilers’ poor start and the performance from newcomer Jack Campbell and Dylan Holloway’s first NHL game. We got all that and more on today’s episode of Oilersnation Everyday.
Joining the show for the first time was Oilersnation’s very own Jason Gregor. Gregor gave his take on the Oilers’ overall game, the defensive pairings, and the question of the day, can McDavid hit 50 goals?
In the wrap, Tyler Yaremchuk welcomed Liam Horrobin into the show to give his Betway Picks of the Day from the NHL. And then, finally, Tyler gave his thoughts on the Canucks fans complaining about missed calls in the game despite having eight powerplays themselves.
Viewers can catch Tyler Yaremchuk on Oilersnation Everyday at noon mountain on The Nation Network YouTube page. You can also view the show on Twitter and Facebook. After the show has streamed live, you can find it on all your podcast providers.
Oilers Talk
Shows
Recent articles from Liam Horrobin