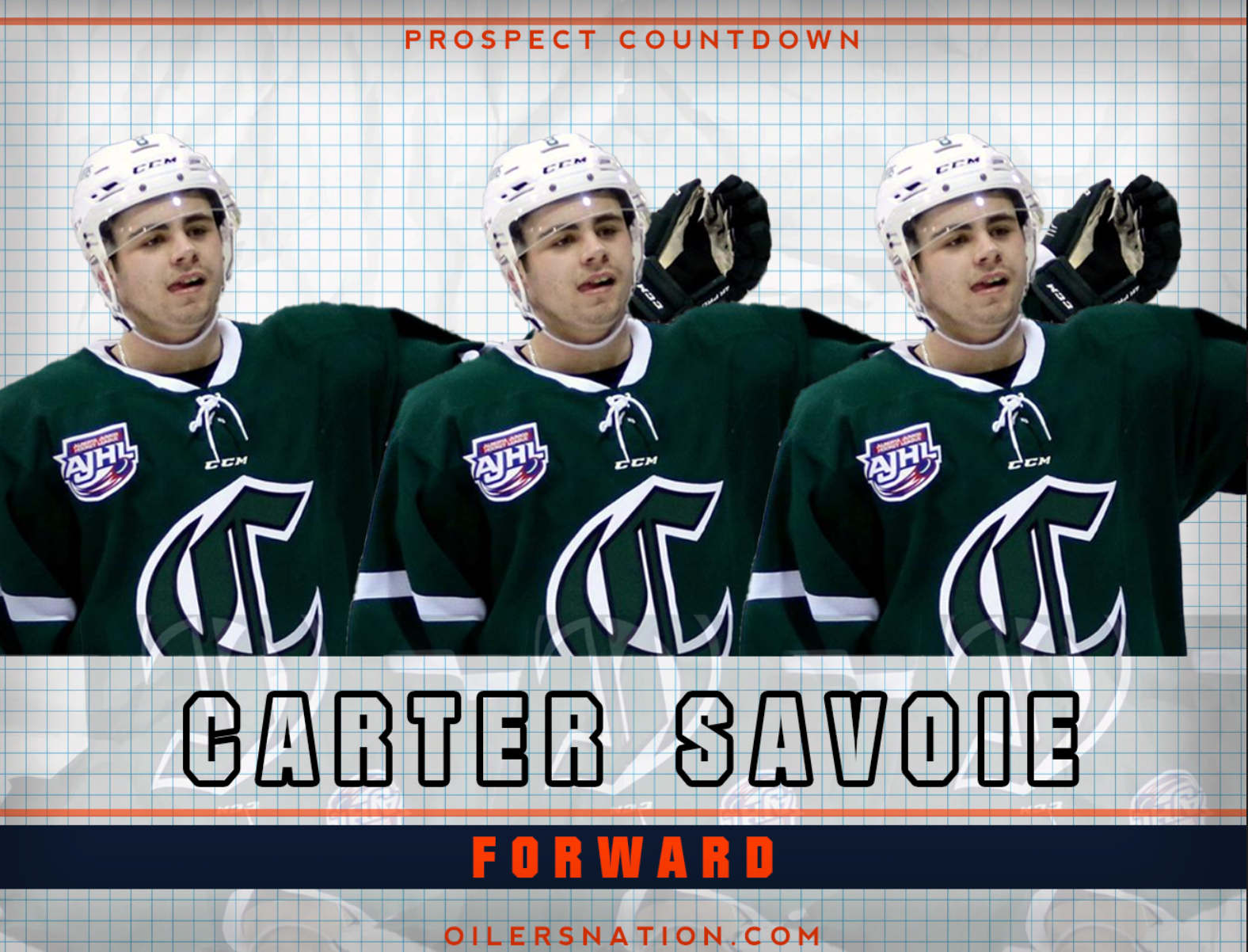 By Cam Lewis
5 months ago
Among the rookie forwards who will be joining the Bakersfield Condors this fall is Carter Savoie, a local product who’s coming off of a very successful two-year run with the University of Denver.
Due to a combination of his size, his play away from the puck, and his conditioning, Savoie fell into the Oilers’ lap in the fourth round of the 2020 NHL Draft.
Given the way he produced over his two NCAA seasons, Savoie appears to be yet another gem that the Oilers have unearthed from their past few draft classes that were oriented towards finding skilled forwards who can score goals.
Savoie’s AJHL and NCAA numbers are very impressive and this season we’ll get our first real look at how his game translates to the professional level.

Savoie had a huge season for the Sherwood Park Crusaders in 2019-20. He scored 53 goals and 99 points over the course of 54 games, becoming the first player under the age of 18 to reach the 50-goal plateau in the AJHL since Mike Comrie and Dany Heatley did so in the late-90s.
Heading into the draft, Savoie was praised for his elite goal-scoring ability but it was also said that he was a somewhat risky prospect to take because of his play without the puck. Scott Wheeler of The Athletic had Savoie ranked at No. 32 overall on his pre-draft list, saying that he had the pure, raw skill of a first-round pick…

He can appear disengaged without the puck, he can cheat up ice and flee the zone early, and when he’s not getting touches he can look like a bit of a liability defensively. He’s also not particularly athletic and some evaluators expressed concerns about his skating and weight. But Savoie is a brilliant one-shot scorer who ranked at or near the top of the 2020 draft as a finisher. He can score from anywhere in the offensive zone with an accurate shot from a bad angle, a deceptive release that fools a goalie with its timing, and even just pure power from a variety of spots off his body.

Savoie wound up falling to the Oilers at No. 100 overall at the 2020 NHL Draft. Many times the Oilers have jumped the gun to select a player who grew up in their backyard a little too early in the draft but this certainly wasn’t one of those instances.
In 2020-21, Savoie had a seamless transition to the NCAA game, as he scored 13 goals and 20 points over 24 games for the University of Denver as a freshman. His second season was even more impressive, as Savoie scored 23 goals and 45 points over 39 games and helped the Pioneers win the NCAA National Championship.
For context, only three players scored more goals and only five players put up more points than Savoie in the NCAA last season. Among players under the age of 20 years old, Savoie led the NCAA in both goals and points. Second in goals and points among U20 NCAA players in 2021-22 was Matty Beniers, the No. 2 overall pick from the 2021 NHL Draft who’s only 10 months younger than Savoie.
Savoie signed his entry-level contract with the Oilers following his NCAA season and played two games with the Condors. The 2022-23 season will be Savoie’s first full campaign at the professional level and it’ll be interesting to see how his game translates to a bigger, faster, and more physical league.
Last October, Oilers scouting director Tyler Wright praised Savoie for buying into the organization’s plan for him to improve his conditioning and his skating ahead of his sophomore season with Denver…

“I’m not at all surprised by the start that he’s gotten off to because he’s put the work in. He made a big commitment this summer. He’s bought into the program,” Wright said. “He’s given himself an opportunity. He’s putting himself on the radar. That’s a good thing for him and it’s a good thing for us.”

The concerns around Savoie that ultimately resulted in him falling to the Oilers in the fourth round of his draft year were based largely around his play away from the puck and athletic ability. If Savoie can improve those areas, his production indicates that he’s on track to be an effective scorer at the NHL level.
For reference, players who I consider to be “prospects” for this countdown are those who have played fewer than 50 NHL games and are 23 years old or younger at the start of the 2022-23 season.