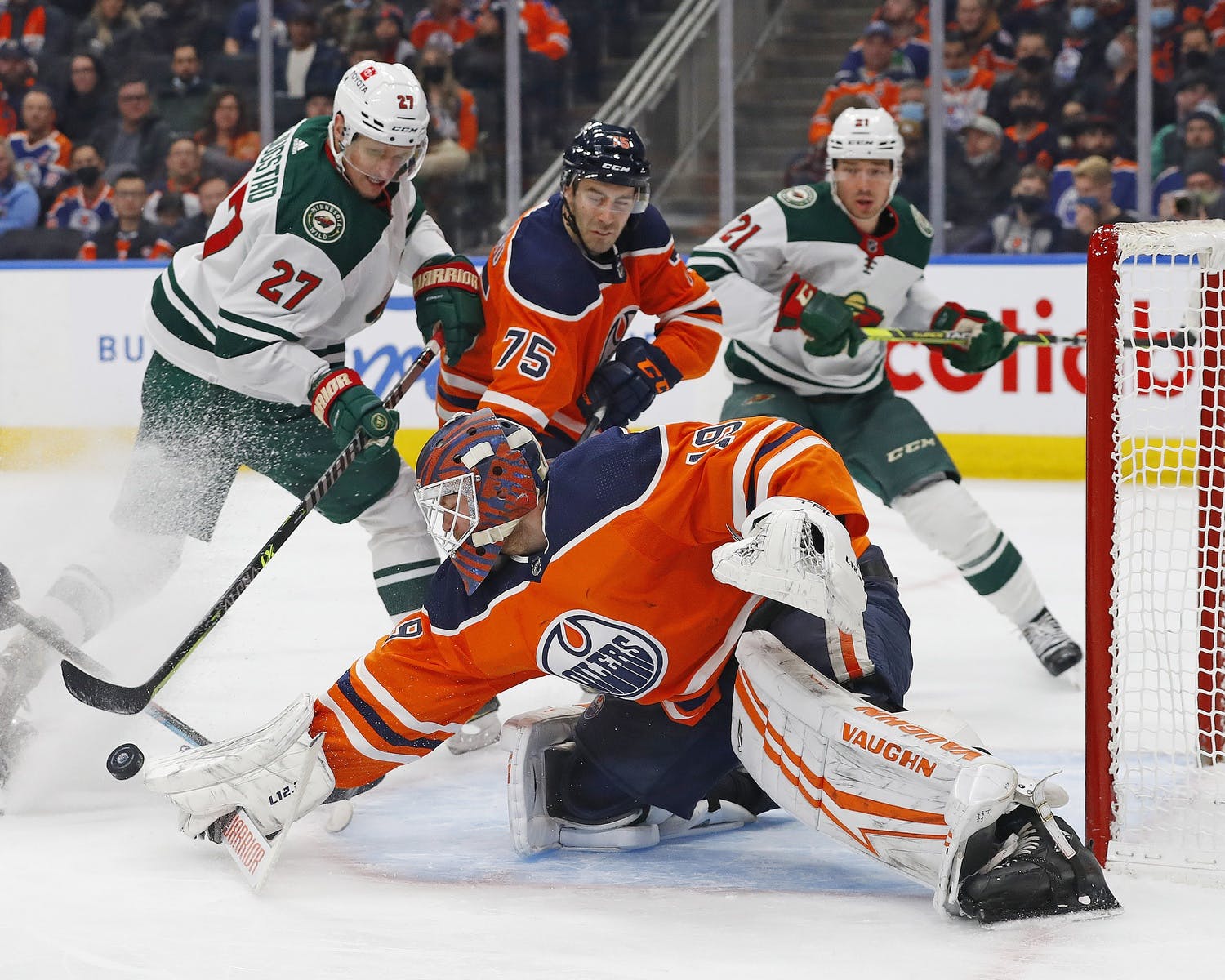 Last night was the Oilers fourth-best game at 5×5, in terms of shots for/against. They outshot the Wild 27-21 at 5×5.
The scoring chances were similar. Where Edmonton struggled was allowing scoring chances off the rush. SportLogiq had it 13-9 in favour of Minnesota.
Edmonton did possess the puck a lot more, however. They had 53 controlled offensive zone entries to Minnesota’s 35. And Edmonton had 76 controlled zone exits to the Wild’s 59.
Edmonton also completed more stretch passes, 11-8.
The main difference in the game was the offensive time of possession. Edmonton had the puck in control in the offensive zone for 11:33. The Wild only had it for 3:48.
Now, that includes power play time, and for the first time this season the Oilers power play was a major factor in the loss. Edmonton had five PP chances.
The Oilers only had nine shots in 9:23 minutes of PP time. Entering the game the Oiler had fired 115 shots on goal in 101 minutes of PP time. Their shots per minute was similar to most games this season, and they had some decent looks, but the Wild did a good job of not allowing the seam pass to get through. A few times they had a guy in the slot in a good shooting position and passed it to the guy at the circle. You can’t critique the PP too much, because it is still the best in the NHL, but it has slowed down the past month going 9-for-45 (20%) in their 14 games. It likely will heat up again, but it is a bit out of sync right now.
Edmonton has had three or more PP chances in 13 games this season. They’ve scored at least one goal in 11 of them. They went 0-for-5 last night and 0-for-3 in the win against Pittsburgh last week. It was a rare off night for the man advantage.

Thanks to Don and Taylor for their bids on the whisky and golf packages yesterday.
DAY 7:  A Restricted Membership at the Glendale Golf and Country Club