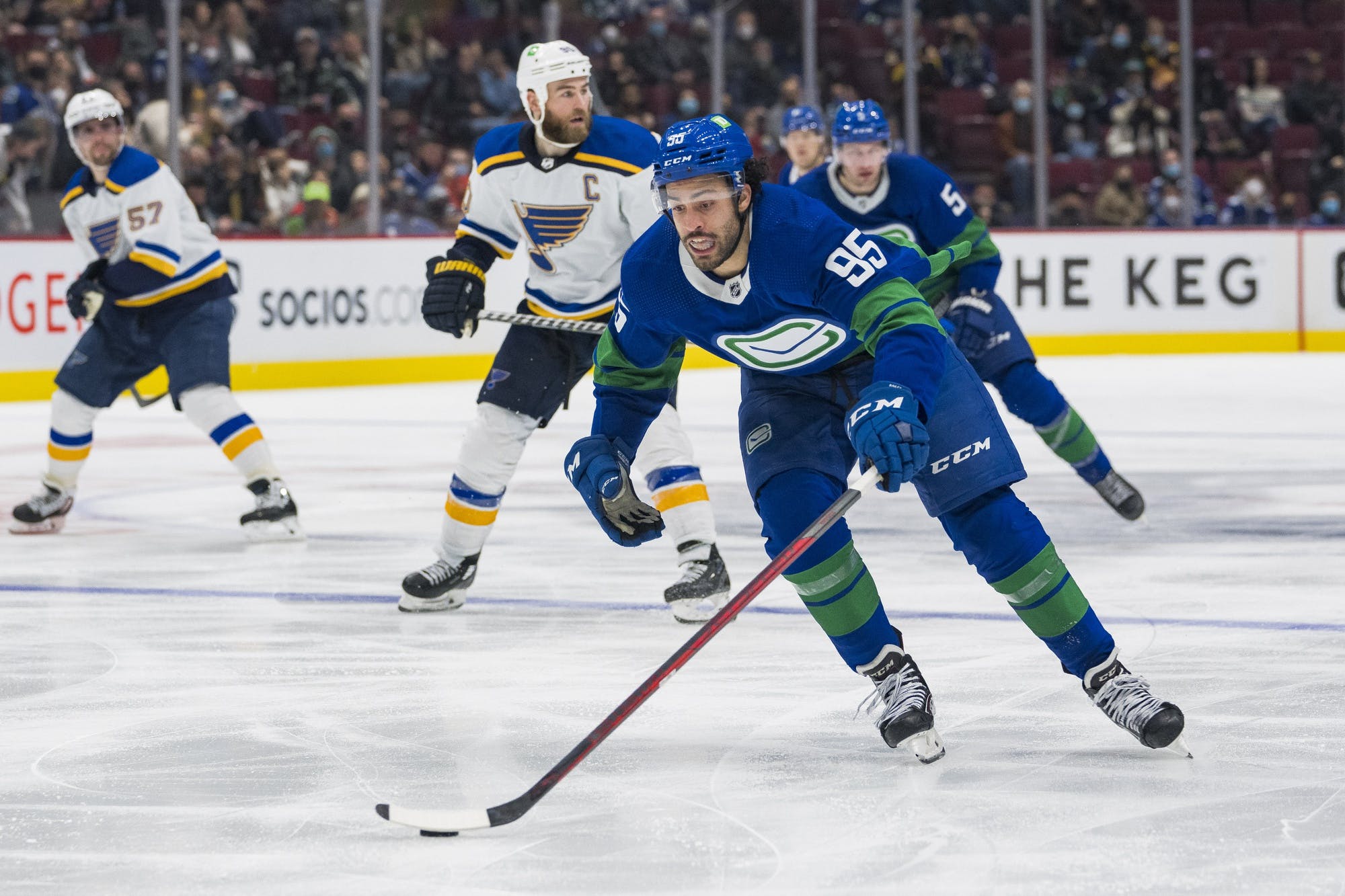 By Cam Lewis
4 months ago
It’s PTO season.
According to Cap Friendly’s transactions Twitter account, the Edmonton Oilers will be bringing forward Justin Bailey to training camp on a Professional Tryout Contract…
Bailey, a right-handed shooting winger who’s listed at 6’4″ and 215 pounds, split the 2021-22 season between the Vancouver Canucks and their AHL affiliate in Abbotsford. With the Canucks, Bailey didn’t score any points in 16 games, but he scored 15 goals and 27 points across 30 games in the AHL.
The Buffalo Sabres selected Bailey in the second round of the 2013 NHL Draft and he’s spent time with them, the Philadelphia Flyers, and Canucks. Bailey has put up very good results in the AHL but he hasn’t been able to translate that to the NHL level. Through 82 games in the NHL over seven seasons, the 27-year-old has scored five goals and nine points.
Given the combination of Bailey’s size, production in the AHL, and the fact he’s a right-handed shooter, it’s easy to see why the Oilers are interested in bringing him to camp. The team doesn’t boast a tremendous amount of depth on the right side and it’s worth giving a player like Bailey with some upside a chance to show what he can do.
For the Oilers, there’s zero risk involved. Professional Tryout Contracts exist simply so that players can suit up for teams during their pre-season games. There’s no guarantee that the player will be signed to an actual NHL contract for the season.
News
Team News
Recent articles from Cam Lewis