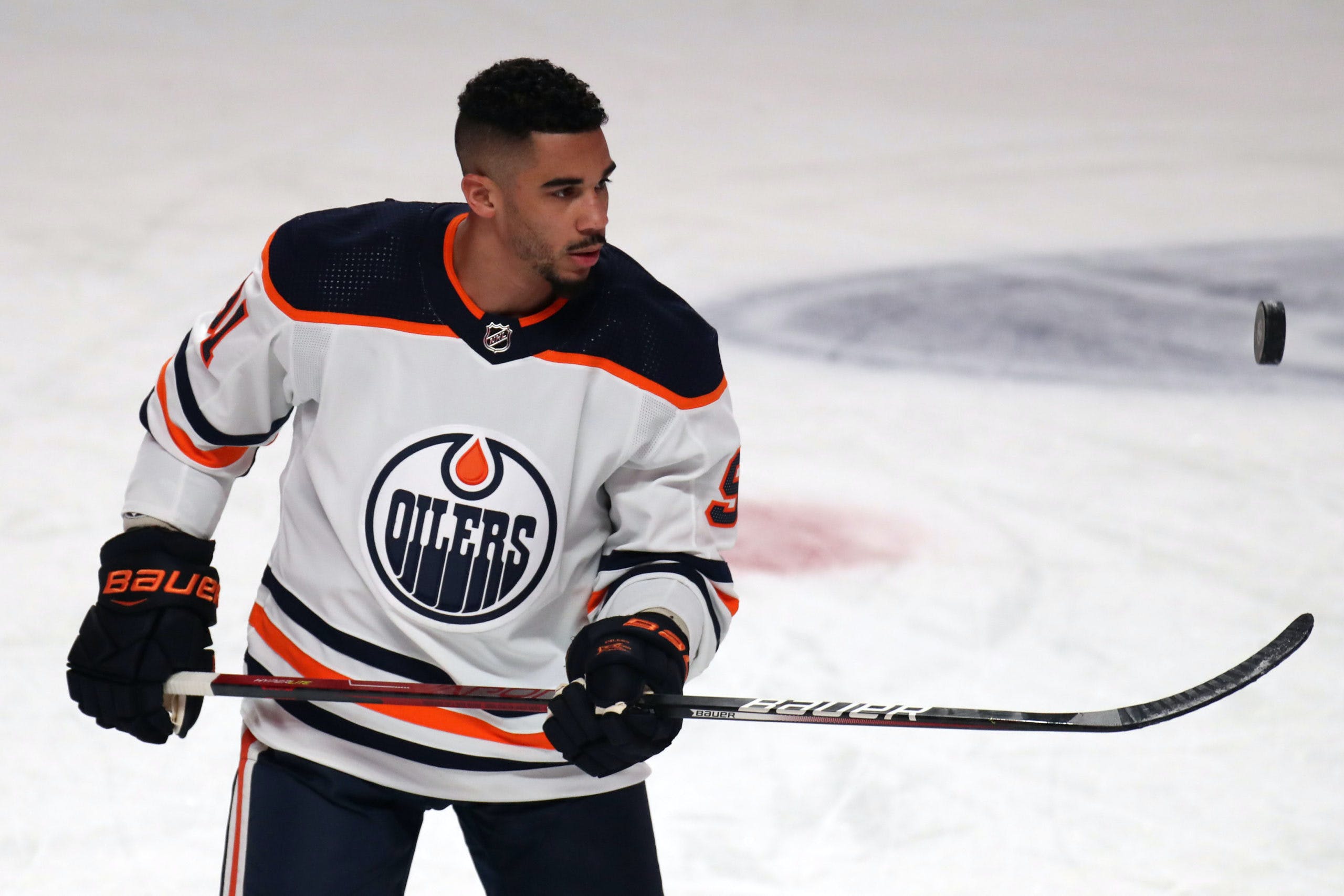 By Zach Laing
11 months ago
It didn’t take long for Evander Kane to make his impact on the ice with the Edmonton Oilers.
Just two days after inking a one-year deal with the Oilers that will carry through the remainder of this campaign, he took to the ice in game action.
It was his first NHL action since March 2021 and it wasn’t hard to see the rust. But what he did do was score in just his fourth shift.
The play was started by Kane, who carried into the offensive zone before dropping it to Kailer Yamamoto. While Kane drove to the net, Yamamoto found Evan Bouchard at the point who unleaded a shot ripped in by Kane.
“When you go to a new team and you’re bought in to produce and you produce early on in the first period of the first game, it’s a good feeling,” said Kane after the game. “The boys were telling me we haven’t scored first in a long time so it was nice to help out in that way.
“You want to show what you can do. It was great to get the boys on the board early and everybody kind of took off after that.”
Zach Laing is the Nation Network’s news director and senior columnist. He can be followed on Twitter at @zjlaing, or reached by email at zach@oilersnation.com.
Nation Takes
News
Oilers Talk
Recent articles from Zach Laing