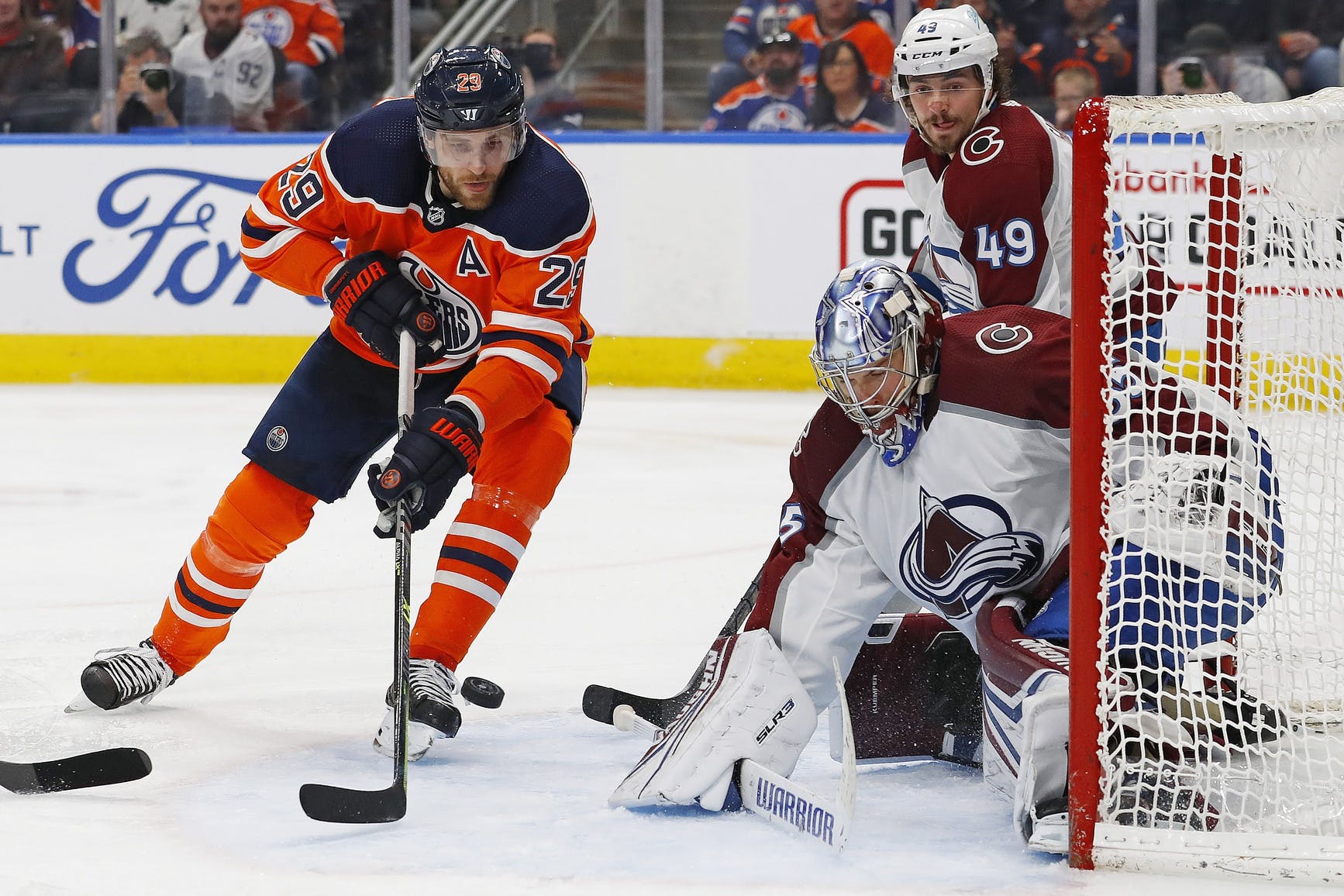 Photo credit: Perry Nelson-USA TODAY Sports
By Jason Gregor
6 months ago
Comments
The phrase “You need depth scoring” gets tossed out often. On the surface it is truthful, but how important it is depends on the make up of your team. Of course every team would love solid depth scoring, but how realistic is it?
The script can change from year to year, depending on who is producing.
The 2020 Tampa Bay Lightning won the Stanley Cup without Steven Stamkos. He played a total of 2:07. But the Lightning won with one line doing the bulk of their scoring. Brayden Point, Nikita Kucherov and Ondrej Palat combined for 24 goals at 5×5. The other forwards scored a total of 21 goals. The bottom six produced nine goals in 25 games. It helped having an elite defender in Victor Hedman scoring six goals, and three of those came when he was playing with the Point line.
Advertisement
Ad
Advertisement
Ad
In 2021 the depth scoring of the Lightning was much more prevalent.
The Lightning’s top-two lines produced 26 goals, while their supposed bottom six chipped in with 17. The Yanni Gourde-Barclay Goodrow-Blake Coleman trio produced seven goals, while Ross Colton, Tyler Johnson, and Patrick Maroon played the 10th-12th most minutes at 5×5 among forwards and they totaled 10 goals. Unreal production.
It would be shortsighted to overlook the Lightning’s blue line and goaltending as a major reason for their Cup wins. It helps when you have the best goalie in the world and a very good blue line, but this article is strictly about offensive production.
In 2020 Tampa relied heavily on one line to carry them at 5×5. But in 2021 they had a more balanced attack.
The above totals are only for 5×5, but the power play also is a major factor. Usually, that is only your top-six forwards who contribute there. Tampa scored 17 PP goals in 2020 (22.9%) and they tallied 22 in 2021 with a sizzling 32.4% efficiency rate.
Advertisement
Ad
Advertisement
Ad

How does the Oilers’ forward production compare to Colorado’s?
Edmonton’s top six has averaged between 13:28 to 17:13 TOI/game. Then there is a drop off. Edmonton’s bottom six has 74 shots on goal in 12 games, averaging 6.1 per game.
Colorado’s top six has averaged between 14:26 to 16:44 per game. They do play their third line more than Edmonton does, but their fourth line has averaged the same. Colorado’s bottom six has 51 shots in 10 games for an average of 5.1 per game.
Actual offensive production favours Edmonton’s forward group.
The Oilers forwards have scored 10 more goals, and the 10 extra have come from the top six. Granted, Colorado has played two fewer games, so looking at 5×5 goals/game, the Oilers lead 2.41/game to 1.9 for Colorado. Scoring goals isn’t the issue. Where Edmonton needs to improve in their bottom six is reducing goals against.
Advertisement
Ad
Advertisement
Ad
They’ve scored the same amount of goals as Colorado, but they’ve allowed more.
Edmonton’s bottom six, specifically the fourth line, needs to reduce their goals against. That is the bigger concern than goals for.

May 22, 2022; Edmonton, Alberta, CAN; The Edmonton Oilers celebrate a goal by forward Evander Kane (91), his third goal of the game against the Calgary Flames in game three of the second round of the 2022 Stanley Cup Playoffs at Rogers Place. Mandatory Credit: Perry Nelson-USA TODAY Sports
Right now the Oilers’ top six has been incredibly productive. Here’s a look at the five remaining teams and their offensive production.
The Tampa Bay Lightning’s top offensive players have produced very little at 5×5, yet they just swept Florida. Why? Because they outscored them 6-2 at 5×5, and only allowed three goals in the series. Tampa is a unique case study. As mentioned at the top of the article, they won in 2020 with a dominant line carrying them, but in 2021 and again this year their depth forwards chip in significantly. But they also don’t give up much.
Advertisement
Ad
Advertisement
Ad
In 2020 they scored 3.08 goals/game and allowed 2.28.
In 2021 they scored 3.26 goals/game and allowed only 1.96.
This year they’ve tallied 3.27 goals/game and allowed 2.45.
But this season, more than in the past, their defensive play is carrying them.
In 2020 they scored 56 goals at 5×5 in 25 games. They allowed 38.
Last year they scored 47 in 23 games. They allowed 32.
This year they only have 18 in 11 games and they’ve allowed 15.
Even the best teams find different ways to win.
The Oilers have a legit chance to win because right now their top offensive players are producing way more than the other teams. Edmonton’s top-six forwards have scored 25 goals, while the Rangers have scored a total of 21, Colorado 19, Carolina 18 and Tampa 16.
Advertisement
Ad
Advertisement
Ad
Colorado’s depth forwards haven’t scored more than Edmonton’s thus far. They have been better at repressing goals, however, and that will be the challenge in this series.
But don’t underestimate the explosiveness of the Oilers’ offence. Their top six could carry them through to the Stanley Cup Final.