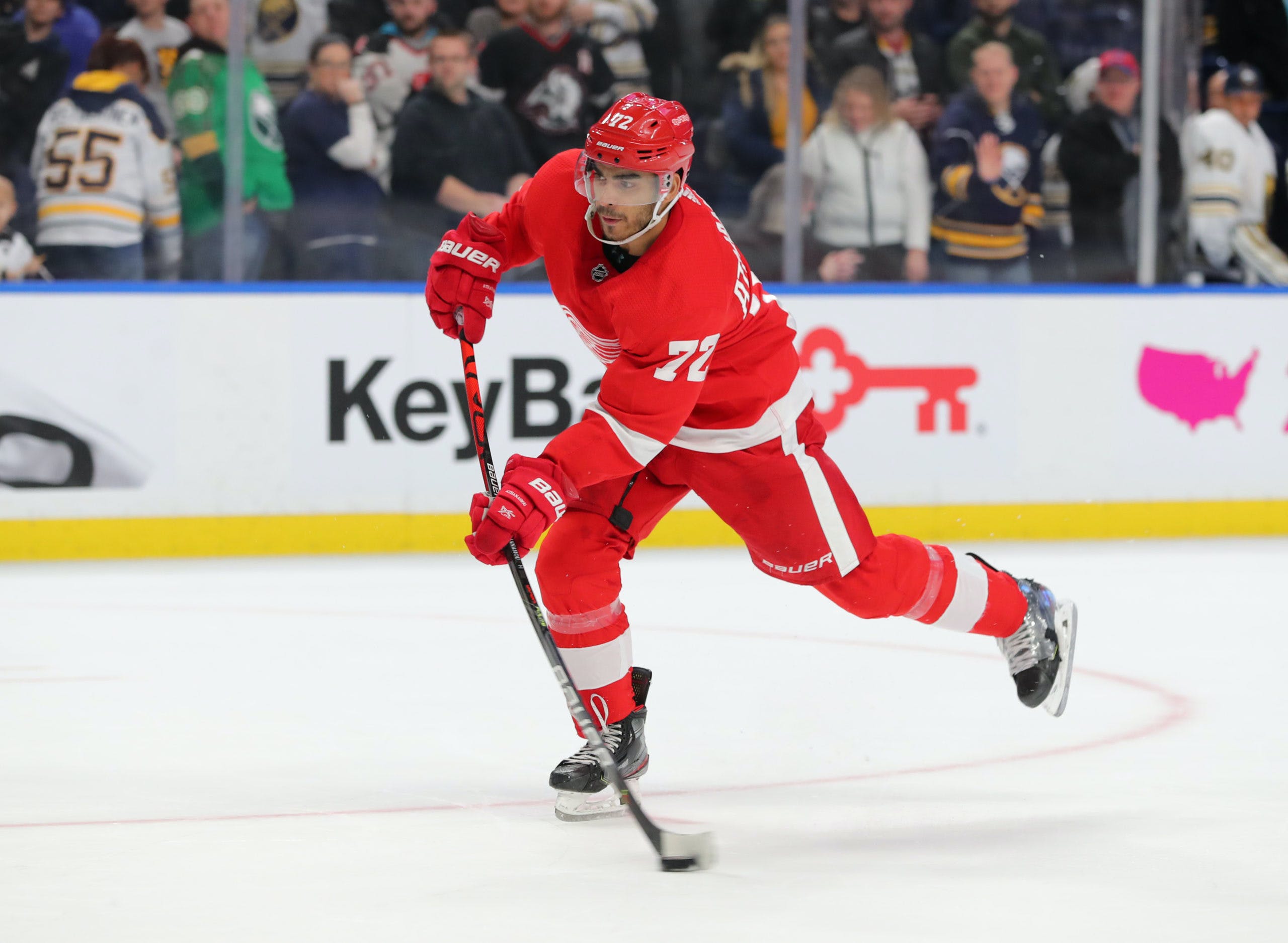 Athanasiou for two 2nd rounders and he is an RFA at end of the year. Not a pure rental. Has speed to burn. Will slot in on McDavid's wing to start. Good move. Pacific is wide open.

In return, the Oilers have traded @Sam Gagner and second-round picks in 2020 and 2021. Edmonton has also acquired LW @Ryan Kuffner.
Athanasiou, 25, is a former 2014 fourth-round pick of the Wings and has appeared in 294 NHL games for the club scoring 83 goals and 71 assists. Most notably, he scored 30 goals and 24 assists last season with the Wings — the best season of his NHL career.
At the end of the season, he is an RFA and carries a cap hit of $3-million. Through season’s end, Athanasiou carries a cap hit of $661,290. Edmonton has reportedly retained 10% of Gagner’s salary.
This year, Athanasiou has struggled with a very poor Wings team that has scored 10 goals and 14 assists in 46 games. His isolated impacts show he contributes a significant amount of offence in his game, 12% above the league average, and shoots five percent higher than the league average.
Advertisement
Ad
Advertisement
Ad
While his underlying numbers aren’t great, he’s also struggled mightily in thanks to playing for a very bad Wings team.
Known for his blistering speed and strong shot, there’s a good chance we see Athanasiou lining up alongside Connor McDavid on the Oilers first line.
Kuffner, 23, was an undrafted player signed by the Red Wings in March of 2019. He played in the NCAA for Princeton University where he scored 152 points in 132 games and finished his career as the team’s all-time leading scorer.
He is in his first pro season and has appeared in 32 games with Detroit’s AHL affiliate Grand Rapids Griffins. Kuffner has scored six goals and three assists in that time. He should be a solid addition for the Bakersfield Condors through the season.
It’s clear with his ability to produce in the NCAA that there’s a player with a solid offensive skillset.
Advertisement
Ad
Advertisement
Ad
This is the second deal made between the Oilers and Red Wings in the last day, as Edmonton acquired defenceman Mike Green in exchange for Kyle Brodziak and a conditional fourth-round draft pick.
On Twitter: @zjlaing