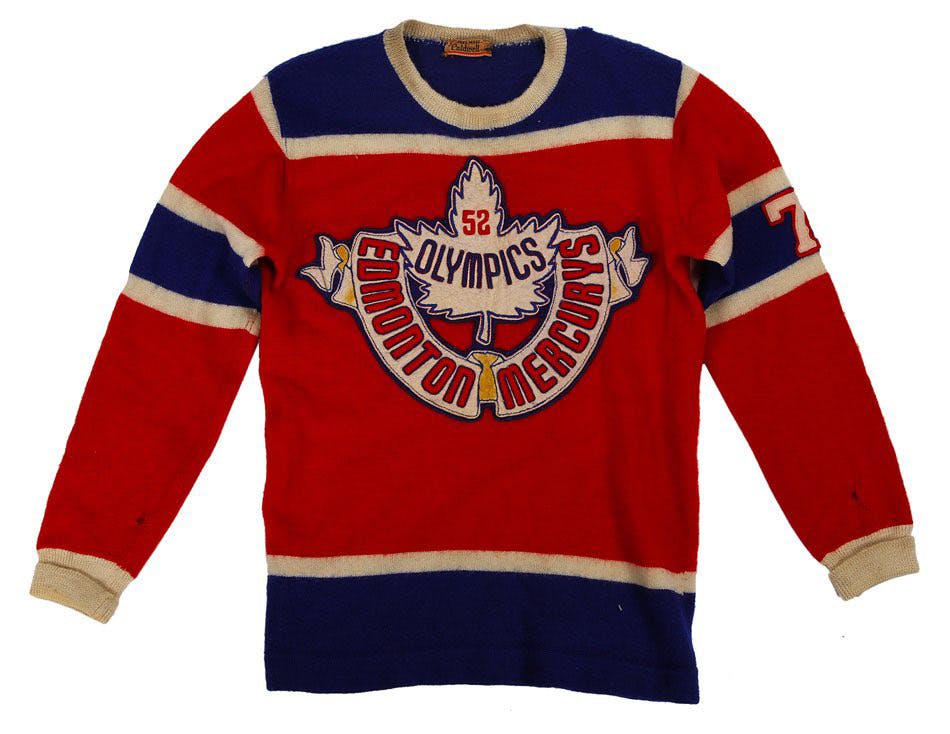 By Zach Laing
5 days ago
Comments
We’re months away from the Edmonton Oilers hosting the Calgary Flames in the 2023 Heritage Classic, and word is leaking out about what the Oilers could do for their jersey.
According to our own Tyler Yaremchuk, the Oilers are contemplating bringing back a jersey that belonged to the Edmonton Mercurys.

Got a little scoop…

Hearing that the #Oilers are thinking of using this old Edmonton Mercurys sweater as the inspiration for their Heritage Classic jersey.

The jersey would be Oilers colours, the leaf could be an oil drop and it’ll read Edmonton Oilers across the front. pic.twitter.com/LgcGk5H92d

The Mercurys were a senior ice hockey team based out of Edmonton that represented the Canadian men’s national ice hockey team twice. They brought home gold both times, as well, winning the 1950 World Championship in London, England, and the 1952 Olympic Games/World Championship in Oslo, Norway.
Their name stemmed from an Edmonton car dealership and sponsor, Waterloo Mercury, and a number of players worked there, too. It was head manned by local sports booster Jim Christiansen, who also sponsored the Oil Kings as well as the Meteors, who played basketball.
It took years for the Mercs to build up as a hockey club, but they became so highly touted that then IIHF president Dr. W. G. Hardy recommended they represent Canada at the games. It paid off, as the 1952 championship was the last won by Canada until 2002.
Advertisement
Ad
Advertisement
Ad
The Oilers, at times in the past, have maybe forced the “golden days” a little too hard when it comes to some of their retro, or throwback designs. This, however, would be a super unique way to not only honour legendary hockey clubs from Edmonton’s history, but to break away from beating a dead horse, so to speak.