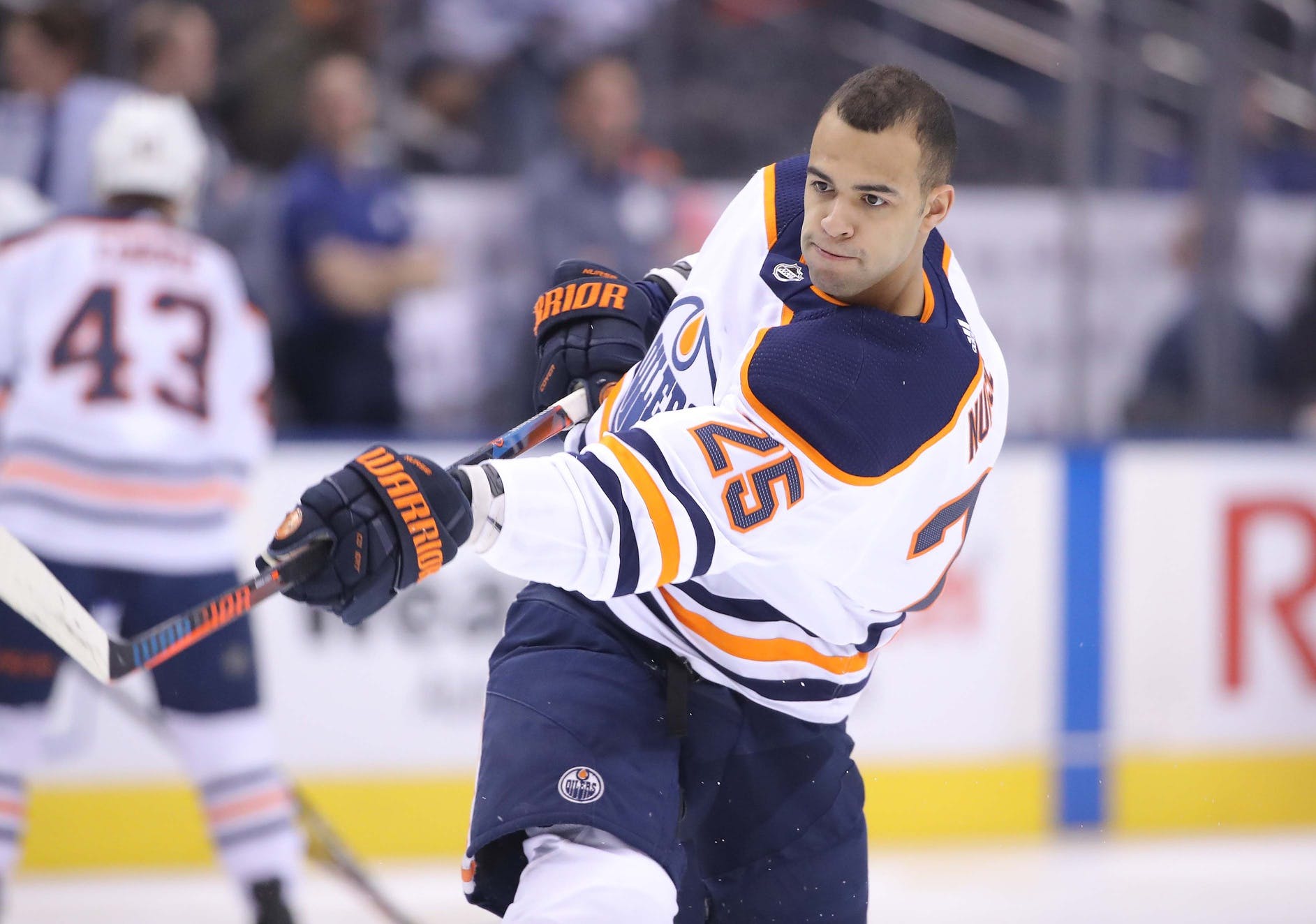 EDM and pending RFA D Darnell Nurse are finalizing a two-year contract extension with an expected AAV at a shade higher than $5.5M.

The contract will mark the second consecutive bridge deal Nurse has signed with the Oilers. In Sept. 2018, Nurse signed a two-year, $3.2-million deal with the club.
His new deal will take him one year into unrestricted free agency.
At 25 years old, Nurse is in his fifth full season in the NHL. In 334 career games, the left-shot rearguard has scored 112 points. He’s in the midst of a season that’s seen him score 4-20—24 in 55 games, and put up 10-31—41 in 82 games last year.
Known for his ability to jump into the offensive zone with a quick rush in thanks to his strong skating ability, Nurse has struggled to hone in on the defensive game.
Advertisement
Ad
Advertisement
Ad
While walking a player like Nurse to free agency is far from an ideal scenario, there’s a belief that the club and the player want to get a long-term deal done in the future. And in the meantime, Edmonton is able to preserve some well-needed cap space to help the team in the now.
His contract is clearly team-friendly in that Nurse and agent Anton Thun could’ve dug their heels into the ground demanding a long-term deal.
Instead, Nurse has opted to take a deal that pays him less in the short term in hopes that Ken Holland and co. can weaponize it to better the Oilers in the future.
This article will be updated as more information becomes available.
On Twitter: @zjlaing