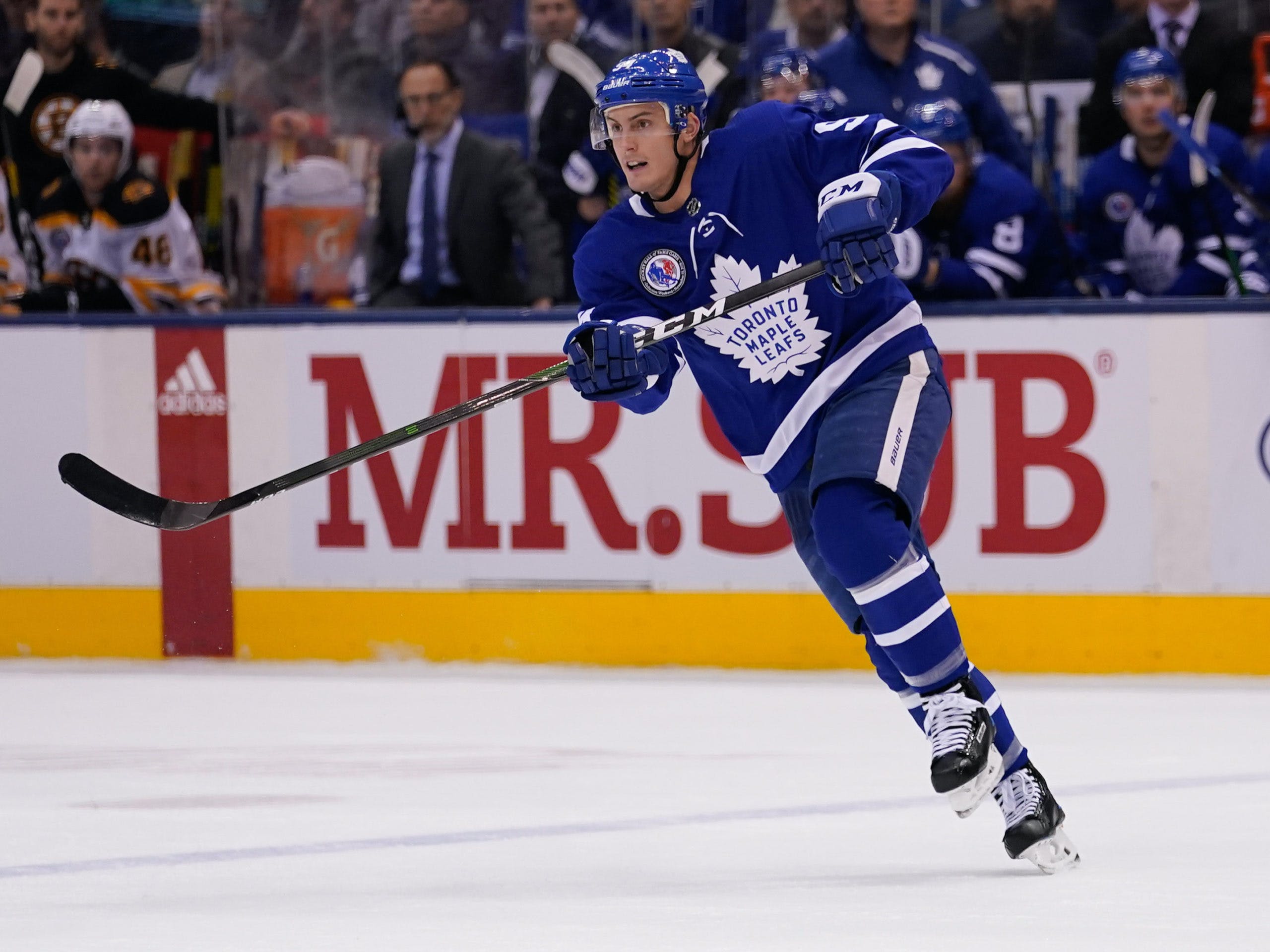 Like the fact Barrie is betting on himself and believes Edmonton gives him a great chance to win and showcase his skill set. https://t.co/YRkVH262UY

Barrie, 29, is coming off a down year with the Toronto Maple Leafs in which he scored five goals and 39 points from the blueline. While that’s still solid offensive production, it’s two-to-three tenths of a point per game below his production the previous two years in Colorado.
The Oilers have been linked to Barrie for a number of days with The Athletic’s Pierre LeBrun reporting earlier in the week Edmonton would be interested in bringing him in on a one-year deal. Now, that seems to be coming to fruition.
According to TSN’s Frank Seravalli, Barrie turned down more money elsewhere to join the Oilers that reportedly included a $6-million offer.
A third-round pick of the Colorado Avalanche in the 2009 draft, Barrie has been one of the league’s top puck-moving, offensive defenceman as long as he has been in the league. A powerplay quarterback, the Oilers have been searching for a player like Barrie for a long, long time.
Advertisement
Ad
Advertisement
Ad
While he doesn’t bring much in the way of defence, he makes up for it in the offensive zone. While he did struggle last year, he turned his game around after the Leafs fired Mike Babcock and brought in Sheldon Keefe. The move saw a bump in his ice-time and his season began to turn around.
After the coaching change, as listed by Leafs blogger Jeff Veillette, Barrie scored five goals and 37 points in 47 games (T-12th in NHL) — an 82-game pace of nine goals and 56 points. At 5v5, he scored four goals and 21 points (T-3rd in the NHL) and his underlying numbers jumped, too. He posted a 53 CF% and xG% after the change.
Last year, his underlying numbers were still solid at 5v5 overall. He posted a 53.27 CF%, an xG% of 50.89 and a goals for rate of 49.17 percent. Barrie’s PDO last year was 99.4 at 5v5 suggesting there was room for improvement, too.
Advertisement
Ad
Advertisement
Ad
His most common defensive partner last season was Ian Cole who he played 581 5v5 minutes with. Cole significantly pulled down Barrie’s goals for rate when together on the ice.
Barrie’s 5v5 goals for rate with Cole was 47.83%, but away from him, it spiked to 60.38%.
Barrie will enter Edmonton and become the Oilers top powerplay quarterback in a prove-it year for the defenceman on special teams that was already one of the best in NHL history.
This is one of those signings that could help push the Oilers over the top next year. All in all, Oilers GM Ken Holland has brought in @Tyson Barrie, @Kyle Turris, @Tyler Ennis and @Jesse Puljujarvi all for around $8-million dollars. That’s some incredibly tidy work.
On Twitter: @zjlaing