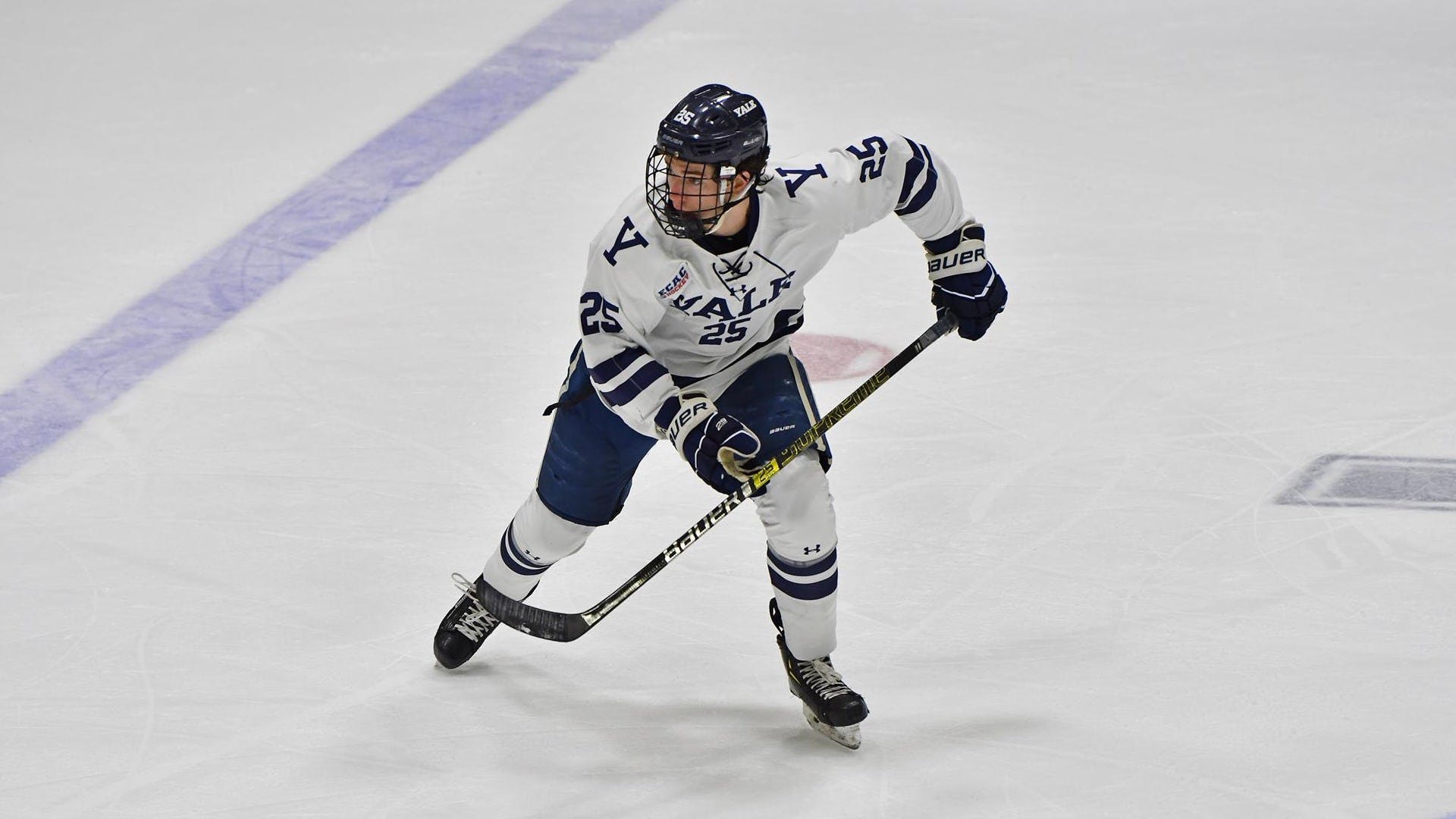 Photo credit: yalebulldogs.com
By baggedmilk
2 years ago
Comments
This morning, the Edmonton Oilers announced via their social media channels that the team has signed defenceman, Philip Kemp, to a three-year entry-level contract.

The #Oilers have agreed to terms with defenceman Philip Kemp on a three-year entry-level contract through the 2022-23 season.

The 21-year-old was drafted by Edmonton in the seventh round in 2017 & played for @YaleMHockey the last three seasons. pic.twitter.com/f0LXp3Uqfd

Kemp, a right-handed defenceman originally drafted in the 7th round (208th overall) of the 2017 NHL Entry Draft, has spent the past three seasons playing for Yale University, registering nine goals and 18 assists for 27 points over 88 games. The 21-year-old native of Greenwich, Connecticut, was mid-way through his most productive season in the NCAA before the league was suspended in the spring as a result of COVID-19 and has yet to play a game since. In May of this year, Kemp was named Bulldog’s captain for the 2020-21 season which would have marked his fourth and final campaign in the NCAA, however, the league was cancelled on November 12th, leaving the 6’3″ defender without a place to play.
Advertisement
Ad
Advertisement
Ad
With a fresh entry-level contract in his pocket that will keep him with the organization through the 2022-23 season, Kemp will now begin his search to for a hockey home to ensure that he can continue his development path at what is certainly a critical point in his career. While seventh-round picks are always longterm projects to be sure, Kemp, a silver medalist with Team USA at the 2019 World Junior Championship, will hopefully provide the depth chart with another steady defender that can help to keep the puck out of the net, provided that he can find a team to take him in as he is quickly closing in on a full calendar year without playing any competitive hockey. Even though Kemp would have spent another year in college before making the leap to the pros, it will be interesting to see how or if that plan is affected now that the sporting world is been flipped upsidedown by the virus.
During the 2019-20 season, Kemp played in 32 games with the Yale Bulldogs, registering three goals and eight assists to go along with 10 PIMs and a +4 rating. Kemp was also named to the ECAC conference All-Academic Team, his third selection for the squad.
Advertisement
Ad
Advertisement
Ad

WHO IS PHILIP KEMP?

“He’ll never be a ‘wow’ player but he’s a big, rangy, competitive defenceman who is incredibly bright. Probably not top three, or in top-two pair but can he be uncomfortable for opponents in his zone, breaking up a play. And the puck going the other way, can he get that puck moving in an effective way? Yeah, I think Phil has developed his game to that point. He’s also grown up and played with really good players. What I worry about with players who haven’t done that is they think they’re better than they are and they’re not. And they don’t have any understanding what their role is playing with top-end players.” -Craig Button, TSN
“Steady bottom-pairing defender who doesn’t overly contribute offensively but is physical and a strong leader” -Dobber Prospects
Advertisement
Ad
Advertisement
Ad