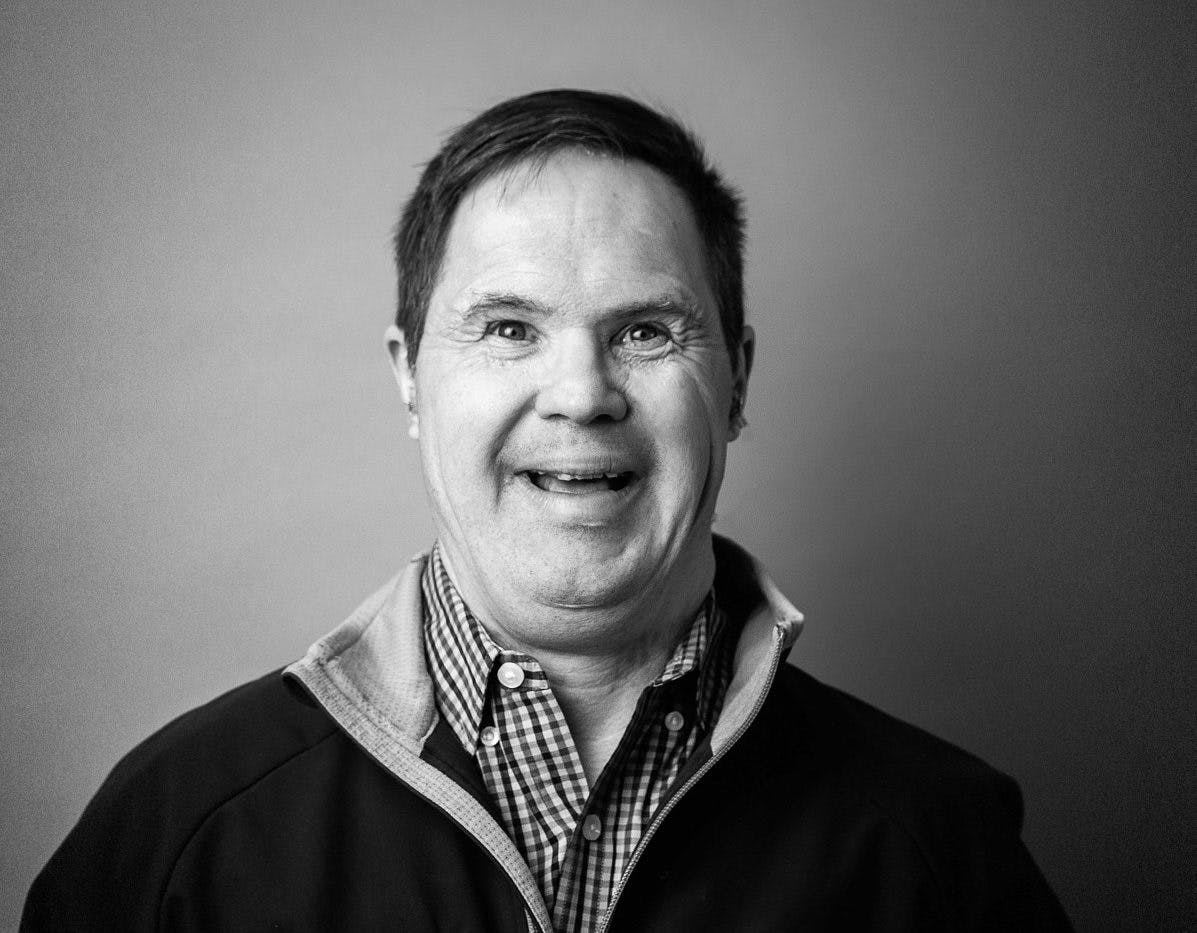 Photo credit: Curtis Comeau
By Jason Gregor
1 year ago
Comments
Joey Moss was born September 25th, 1963, in Edmonton, Alberta. He was the 12th of 13 children for Lloyd and Sophie Moss. He was born into a family of entertainers and performers, and those skills helped him become the pulse of the Edmonton Oilers and the Edmonton Elks for 35 years until he passed peacefully on October 26th, 2020, at the age of 57. Joey became the most famous and beloved member of those two organizations for many Edmontonians.
His impact on the world reached much further than the locker rooms of two professional sports teams. He was an inspiration to those with Down Syndrome and other intellectual disabilities. He got involved with the Special Olympics, the Edmonton Down Syndrome Society and the Winnifred Stewart Association. His imprint on those three foundations will last a lifetime.

Joey will be ready & waiting for high fives every time the guys hit the ice. 🧡💙#LetsGoOilers pic.twitter.com/Xl5ZkBap30

This morning the Oilers organization unveiled this new plaque of Moss located inside the Oilers dressing room, close to where Joey stood as the players left the room to go on the ice. Joey always high fived each player and the plaque depicts that. Joey meant a lot to the players and staff of the Oilers and it is great his 35 years of love and dedication to the team will be remembered.
Advertisement
Ad
Advertisement
Ad
He made everyone he met feel happy. It was his best ability and strength, and it is something many of us simply don’t have. He treated everyone equal regardless of who you were. He loved everyone and loved making you smile and laugh. He is a living example of the book How Full is Your Bucket? I’ve read that book many times to my son over the past few years, and it is a great reminder of how we should strive to “fill others’ buckets” by being kind, happy and helpful. And when we do, we actually fill our own buckets and have more fulfilling lives. Joey did this. I witnessed it often while watching him interact with hockey and football players, media, coaches, fans and people in attendance at the many galas he was involved with.
Advertisement
Ad
Advertisement
Ad
He was a remarkable human being and is very deserving of this honour.
It is only a preseason game, but I suspect part of the reason why the Oilers have so many veterans dressed tonight is to honour Moss. They might have a little extra step in their game. Joey impacted all the players, and every player truly loved him. Joey had no malice or anger in him. If you played for the Oilers or Elks he loved you and wanted the best for you. When he passed away I asked 57 of his friends to write what Joey meant to them. I’ve never had players reply so quickly for an article. They all wanted to share what Joey meant to them. Take a moment before you watch tonight’s game to read about Joey Moss. It will make you smile. He was a beauty.
Advertisement
Ad
Advertisement
Ad

Hyman – McDavid – Puljujarvi
RNH – Draisaitl – Yamamoto
Perlini – Shore – Turris
Benson – McLeod – Sceviour
Nurse – Barrie
Broberg – Berglund
Niemelainen – Bouchard
Smith
Koskinen
Tippett mentioned he wants to dress the McDavid and Draisaitl lines together so they can work on the power play. I wouldn’t expect them to play either of the next two games in Winnipeg or Seattle.
Benson, Perlini, Turris, Shore and Sceviour are competing for spots on the fourth line and for the second consecutive game, all of them are playing. The players know who they are competing against, so playing them all in the same games is a good plan. You can see their competitiveness as they want to match or surpass how the others are playing.

Tanev – Sheahan – Appleton
Johansson– Geekie – Lind
Donato – True – Jarnkok
Twarnyski – Henman – Bastian
Advertisement
Ad
Advertisement
Ad
Dunn – Oleksiak
Evans – Carrick
Lauzon – Borgen
Driedger
Daccord
The Kraken didn’t bring their top two lines, but the rest will be battling for the final eight roster spots up front. On paper, Edmonton is clearly the better team, which is often the case in preseason. But that doesn’t mean much in results sometimes. Seattle wants to create a hard-working culture, so while they are outskilled tonight I do expect them to work hard.

— Zack Kassian and Warren Foegele will play tomorrow in Winnipeg same with Cody Ceci. Kris Russell won’t, but Dave Tippett says he could play on the weekend. Duncan Keith will likely play in the final three preseason games, next Monday, Thursday and Saturday, according to Tippett. He will be on the ice with his new team for the first time this Friday.
Advertisement
Ad
Advertisement
Ad
— Evan Bouchard was paired with Nurse on the PK in practice. Look for him to get PK time tonight. We could see him start the season on PK with Nurse, while Keith and Ceci are other penalty killers. Ideally they would have a right shot on the right side
— RNH will still be part of the PK, according to Tippett, but with Derek Ryan joining the team don’t expect to see Draisaitl taking as many draws as he did in the past. That will keep Draisaitl fresher, and I do wonder if Tippett runs with McDavid-Draisaitl as a combo during the first shift after every PK. I would.