Advertisement
Ad
The Oilers aren’t sending Puljujarvi to the AHL 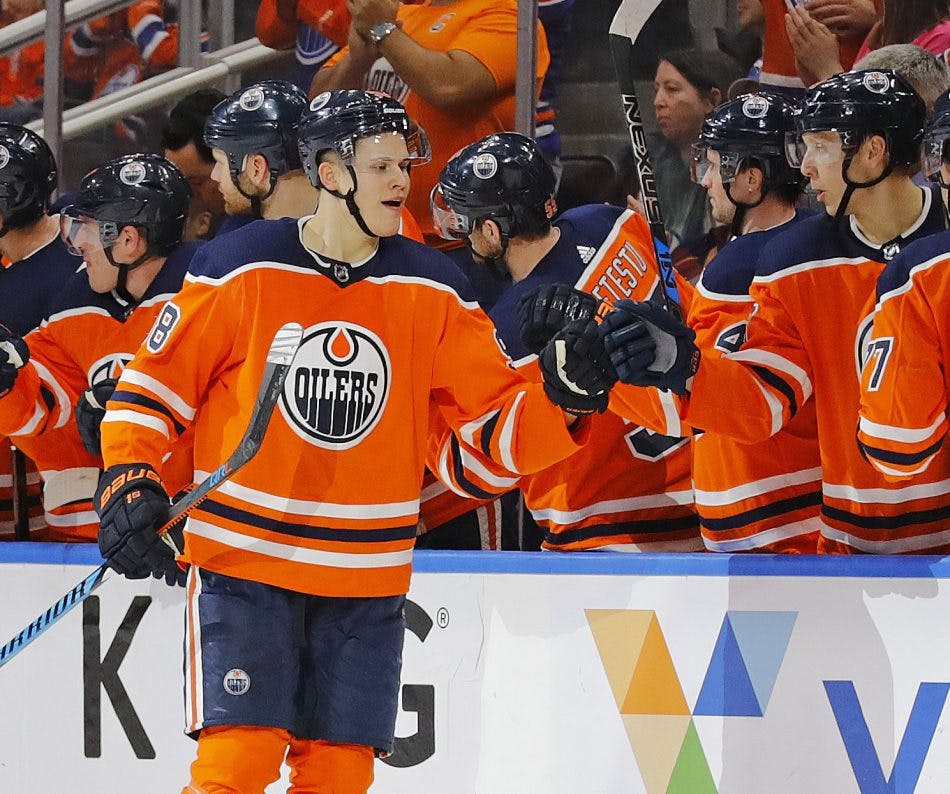 Photo credit: © Perry Nelson-USA TODAY Sports
By Cam Lewis
3 years ago
Comments
Despite rumours that suggested the Oilers would give Jesse Puljujarvi time with AHL Bakersfield to regain his confidence, John Shannon reported that the young Finn will remain with the NHL club.

Oilers’ management re-iterates, that at this time, Jesse Puljujarvi will not be going to AHL Bakersfield.

When Andrej Sekera was set to be re-activated, many assumed the corresponding roster move would be sending Puljujarvi to the AHL. The Condors have been on a historic run over the past few weeks and are poised to go on a deep run in the Calder Cup playoffs. Puljujarvi has been toiling in the Oilers’ bottom-six and logic would indicate that an increased role on a good AHL team would be beneficial to his development.
Advertisement
Ad
Advertisement
Ad
But that didn’t happen. Matt Benning went on the IR to make room for Sam Gagner after he was acquired, and Brandon Manning was placed on waivers for the purpose of re-assignment to open room for Sekera.
This is certainly a bizarre development given the fact Puljujarvi’s development is going poorly at the NHL level. Ken Hitchcock and Co. don’t trust him enough to give him consistent ice time and you can see his confidence getting lower and lower with each passing game.
Earlier in the week, Puljujarvi’s agent, Markus Lehto, suggested a divorce between his client and the Oilers might be the best path forward for both sides. According to Lehto, Puljujarvi is uncertain as to how the club views him and what their expectations are.
It’s easy to pin this all on the Oilers, but you also have to wonder if there’s something else going on here. The choice not to demote Puljujarvi when it’s so abundantly clear he needs consistent AHL playing time coupled with the comment from Lehto on Puljujarvi’s behalf “do these guys really want me here” makes me question if there’s a lack of desire from the player’s side to play in the AHL. I’m not one to rush to give this management staff the benefit of the doubt, but something seems odd here.
Advertisement
Ad
Advertisement
Ad
Maybe I’m reading too far into Lehto’s comments. Maybe the Oilers are truly just botching this situation. Who knows! All I can say, though, is that it’s getting difficult to visualize Puljujarvi ever hitting his stride as a member of the Edmonton Oilers.
Another odd development is that the Oilers’ website lists Puljujarvi on the Injured Reserve right now.
UPDATE:
Puljujarvi has, in fact, been placed on the IR, and Josh Currie has been recalled from AHL Bakersfield in his place. Currie, an undrafted free agent, has 37 points in 49 games for Bakersfield. The 26-year-old has spent four years with the Condors and this is his first-ever recall to the NHL.