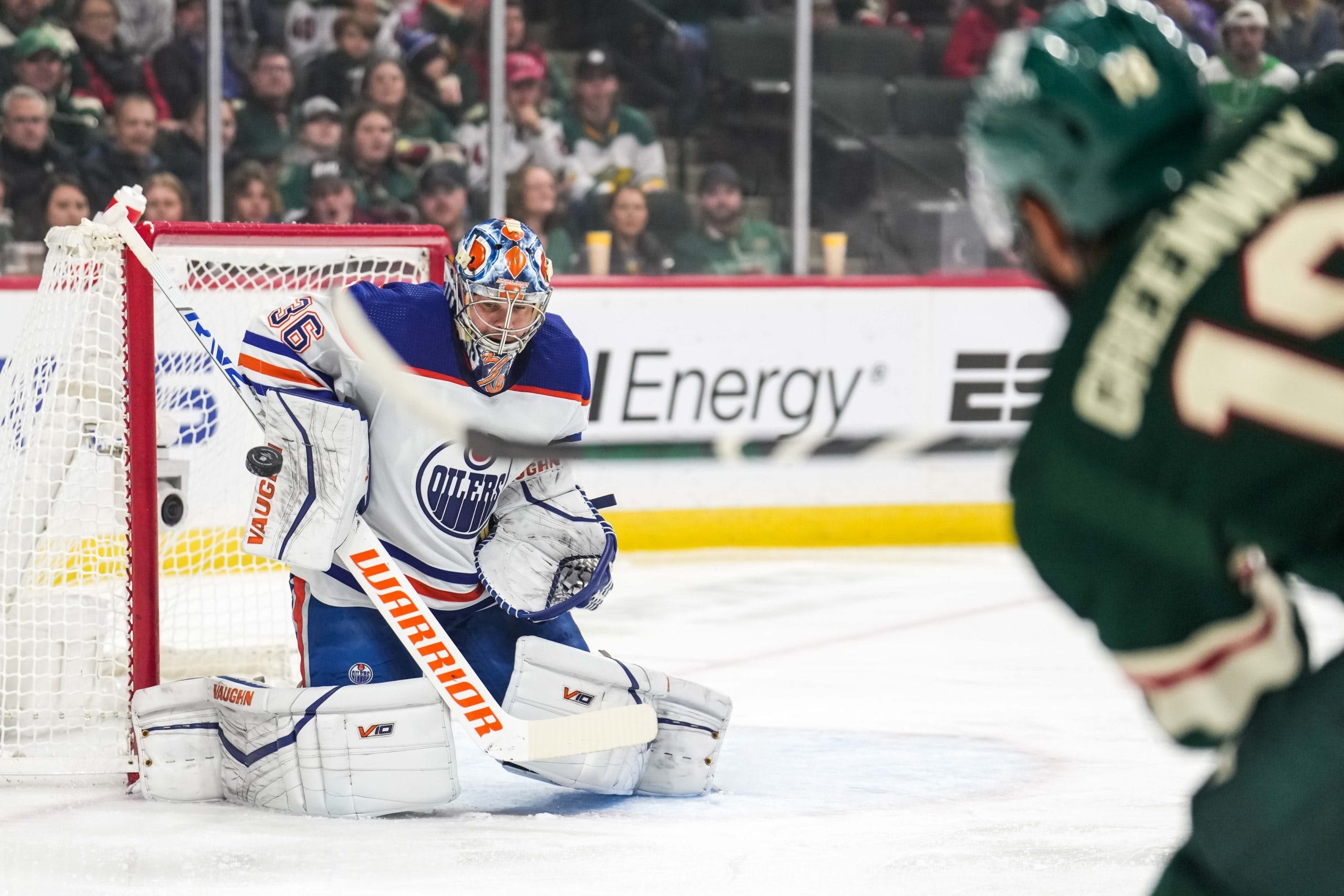 Photo credit: Brace Hemmelgarn-USA TODAY Sports
By Zach Laing
1 month ago
Comments
The Day After is brought to you by NHL betting site Betway!
Far from an ideal night.
A tough one, at that. The Oilers have had a rigorous travel schedule the last 10+ days with an east coast road trip, one game at home, then a mid-west back-to-back.
And on Thursday night against the Minnesota Wild, the Oilers looked gassed. It cost them as they lost 5-3.
There were some bright spots for the Oilers. Connor McDavid and Leon Draisaitl both had two-point nights with each scoring a goal and an assist. Evan Bouchard got on the scoresheet for the fourth game in a row with an assist. Klim Kostin, with three seconds left on the clock, got his first with the Oilers.
There were also some uh… not-so-bright spots. Jack Campbell struggled once again posting a .833 save percentage. His game hasn’t been good enough, and I’m very sure that he’s more than aware of it. While the Oilers scored first, they allowed two back-to-back goals in the second. Yin and the Yang, I suppose.
Advertisement
Ad
Advertisement
Ad
All in all, the Oilers are heading back home for a nice little homestand. Let’s see if they can rack up some wins.

leo from the office on the powerplay. 1-0 oilers. pic.twitter.com/p4VQT7nylf

joel eriksson ek, because of course, ties it up at 1. pic.twitter.com/462W4auWQS

last night, this was goaltender interference.

sam steel makes it 4-2 for the wild. pic.twitter.com/d6yYmL0Sog

the wild get number five on the night. pic.twitter.com/mmDNBgOKXt

hey wouldya look at that! klim kostin has his first with the oilers. pic.twitter.com/O5ztim4GxY