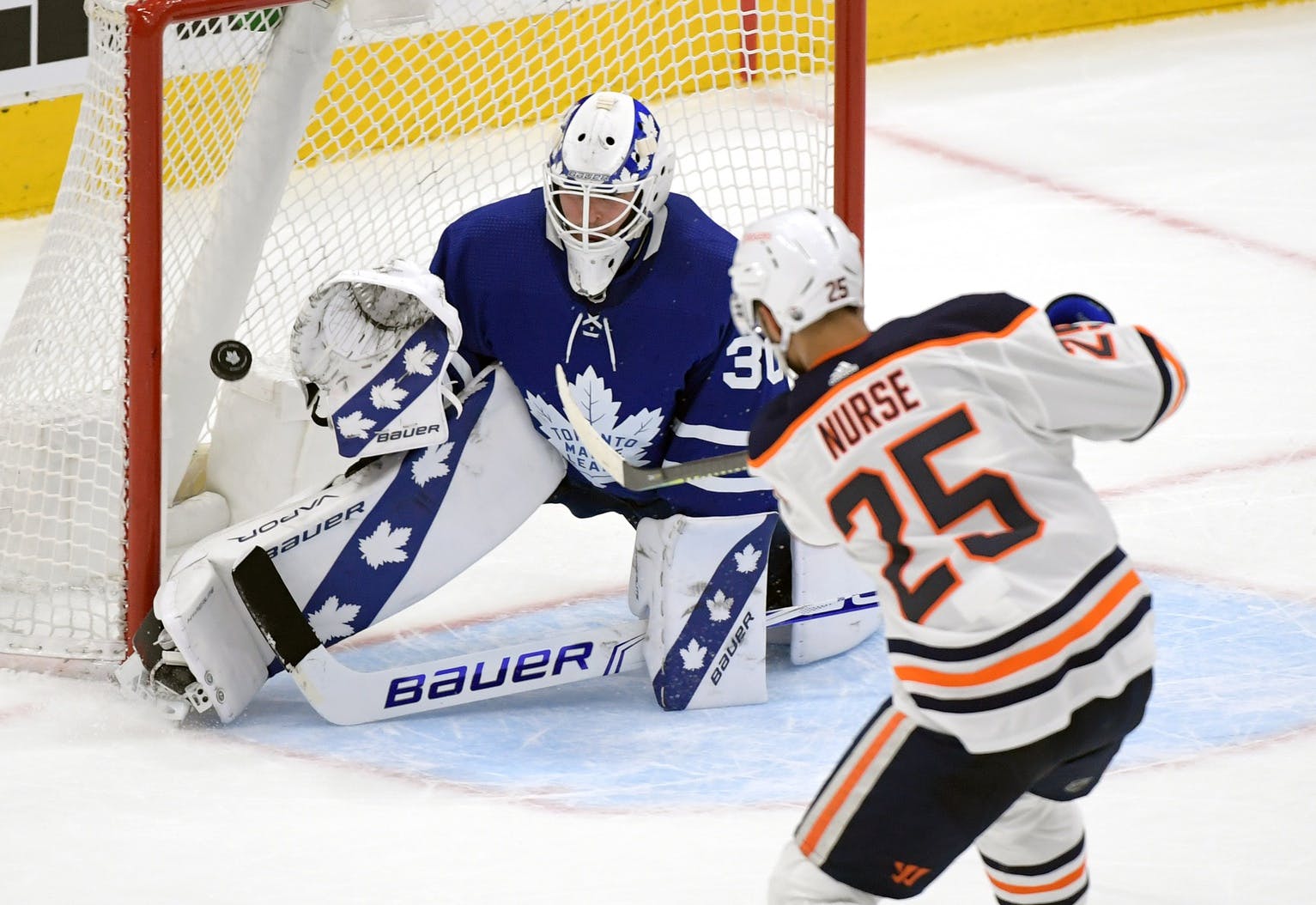 Photo credit: Dan Hamilton-USA TODAY Sports
By Cam Lewis
1 year ago
Comments
Darnell Nurse is going to be staying in Edmonton long-term.
The team announced on Friday that they’ve come to terms with defenceman @Darnell Nurse on an eight-year contract extension worth $9,250,000 annually. Nurse was eligible to hit unrestricted free agency after the 2021-22 season.

The #Oilers have signed Darnell Nurse to an eight-year contract extension.#LetsGoOilers

The Oilers drafted Nurse with the No. 7 overall selection in the 2013 draft. He spent the next two seasons playing in the OHL with cups of coffee at the professional level before cracking the Oilers full-time in 2015-16. Nurse’s entry-level deal expired after the 2017-18 season and it took until mid-September for him and the Oilers to agree to a two-year bridge deal.
Advertisement
Ad
Advertisement
Ad
Despite playing top-pairing minutes for the club in 2018-19 and 2019-20, the Oilers again opted to sign Nurse to a bridge contract. In February of 2020, shortly before the COVID-19 pandemic, he agreed to a deal worth $5,600,000 annually that walked him right to unrestricted free agency.
Here we are now. Nurse had the best season of his career in 2021, putting together a huge performance for the team in the absence of @Oscar Klefbom. He scored 36 points over 56 games while logging 25:38 per night. Nurse’s strong season resulted in him finishing seventh in Norris Trophy voting for the league’s top defenceman.
Given the fact that Nurse was set to become an unrestricted free agent following the 2021-22 season, it was really a no-brainer for the Oilers to get him signed to a contract extension this summer. The only question was whether he would stick around on a max-term deal or if he would opt to sign a shorter-term deal to cash in again while still in his prime.
Advertisement
Ad
Advertisement
Ad
Nurse’s new deal will put him towards the top of the league in terms of cap hits among defenders. @Erik Karlsson is the highest at $11,500,000, followed by @Drew Doughty at $11,000,000. After that is a handful of defenders who also inked new deals this summer, @Zach Werenski at $9,583,333, @Seth Jones at $9,500,000, and @Cale Makar and @Dougie Hamilton at $9,000,000.
Back before he signed his most recent two-year pact, Nurse’s camp was using the seven-year deal worth $8,000,000 annually that @Jacob Trouba signed with the New York Rangers as a comparable for what he was seeking on a long-term contract. Given the season he just had and the contracts being handed out this summer to top-pairing defenders, Nurse’s cap hit of $9,250,000 really isn’t that much of a surprise.
Advertisement
Ad
Advertisement
Ad
The Oilers now have all of Nurse, @Connor McDavid, @Leon Draisaitl, @Ryan Nugent-Hopkins, and @Zach Hyman locked up for the next four seasons. The earliest of that group to have their contract expire will be Draisaitl at the end of the 2024-25 season.