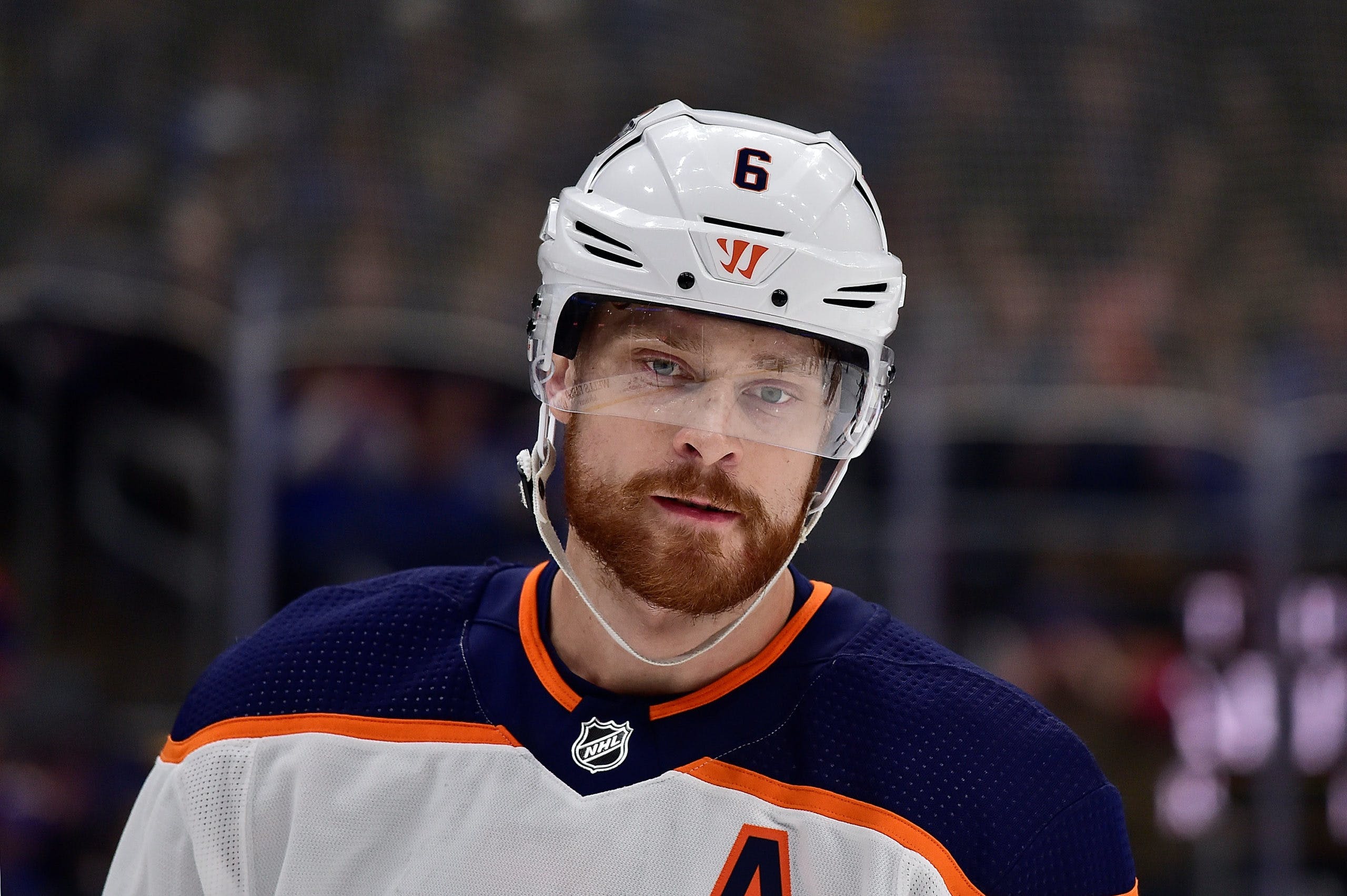 Photo credit: Jeff Curry-USA TODAY Sports
By Cam Lewis
1 year ago
Comments
Here’s a move that nobody saw coming.
According to DFO’s Frank Seravalli, the Seattle Kraken are planning to select Adam Larsson from the Edmonton Oilers in the upcoming Expansion Draft. Seravalli also reports that Larsson and Seattle are closing in on a contract before the defender can hit the free-agent market.
There had been plenty of talk over the past few weeks that the Oilers were working on a deal with Larsson, but Seravalli reported on Sunday’s episode of the DFO Rundown that the two sides reaching a deal was unlikely.

Early word is #SeaKraken are closing in on contracts with two UFA defensemen: Adam Larsson (EDM) and Jamie Oleksiak (DAL).

Not finalized. But barring any last minute change, the expectation is those players will be the selections from #Oilers and #GoStars.@DFOHockey

As I said, this is quite a surprise. While most of us were arguing about whether Seattle would take a prospect such as @Tyler Benson or even take a flyer on @Oscar Klefbom, they went ahead and took Larsson, the impending free agent.
Losing Larsson leaves quite a large hole on Edmonton’s blueline. They’ll now have to find somebody to anchor the team’s shutdown pairing and they’ve become much thinner on the right side, with Ethan Bear as their only righty on the roster with more than 100 games of NHL experience.
Advertisement
Ad
Advertisement
Ad
Seravalli suggested on the DFO Rundown the Oilers were more likely to re-sign @Tyson Barrie at this stage than Larsson, so that’s something to watch for with Larsson gone. Another player to consider is @Dougie Hamilton, the best all-around defenceman on the open market. If the Oilers strike out on those two, a stop-gap right-handed option for a shutdown role could be @David Savard.
UPDATE:
According to Chris Johnston, Larsson’s deal will be worth $4,000,000 annually over four seasons, a slight dip from the annual salary he was earning on his previous contract.

Further to Frank's reporting, Adam Larsson has a four-year deal with #SeaKraken — hearing it'll be a $4M AAV.

Seattle locked him during its exclusive UFA/RFA interview period. https://t.co/7HAV5aVD3C

That’s certainly a reasonable deal for Larsson and what he brings. A few weeks ago, I assumed he could command the same contract that @Chris Tanev earned with the Flames last summer, worth $4,500,000 annually over four years.
Advertisement
Ad
Advertisement
Ad
I would assume that Edmonton offered Larsson a competitive contract to the one that he’s ultimately signing in Seattle, but it seems the veteran defender was ready to move on and play somewhere else. Seattle must have made quite the pitch during the UFA/RFA interview period.