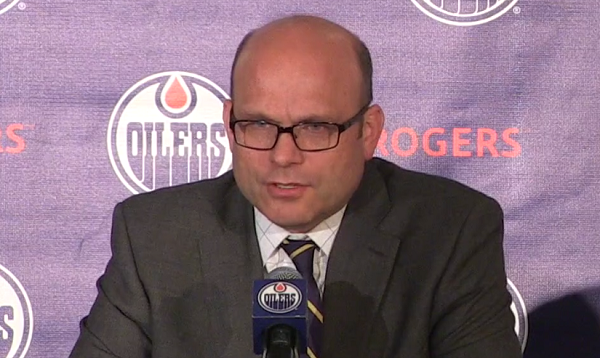 A few days back, I
wrote about how the possibility of an expansion draft might impact the
Edmonton Oilers’ handling of Griffin Reinhart. The truth though is that if the
league decides to go forward with expansion, such a draft will affect not only players
currently on the Oilers’ roster, but also the team’s acquisition plans for the
summer.
It might mean that the club is better off adding only one
marquee defender this summer. 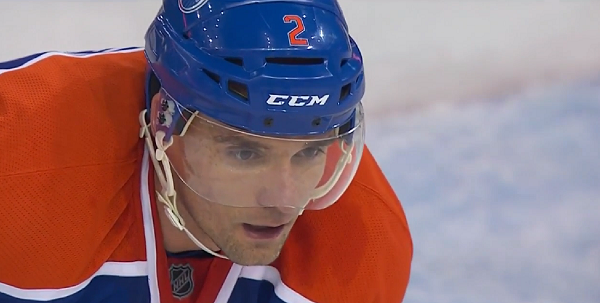 We’re still waiting for final confirmation of what the rules
of an expansion draft would be, but based on what has been reported so far
players with fewer than two years of pro experience (like Connor McDavid and
Darnell Nurse) will be exempt and teams will further be able to select one of
two protection schemes for their roster:
The current roster only takes us so far because we can
expect change this summer, but under either scheme we find some players in
common. At this point it’s easy to project Cam Talbot as the protected
goaltender by default. The quartet of Taylor Hall, Ryan Nugent-Hopkins, Leon
Draisaitl and Jordan Eberle would obviously be protected up front. Andrej
Sekera gets protected thanks to his no-move clause, while Oscar Klefbom should
be an uncontroversial selection for one of those spots.
Advertisement
Ad
Advertisement
Ad
That leaves the Oilers with room to protect either two more
skaters, or three forwards and a single defenceman.
Nail Yakupov seems certain to be traded, so for our purposes
here we can ignore him. Ideally, though, Benoit Pouliot and Patrick Maroon
would be protected and it’s possible the team will also want to safeguard
Jujhar Khaira. On defence, Brandon Davidson and Griffin Reinhart are the most
desirable pieces to protect.
With a 7-3-1 approach, the Oilers could protect Pouliot,
Maroon, Khaira and Davidson. With an 8-1 approach, I’m thinking Pouliot and
Davidson would make my personal cut. 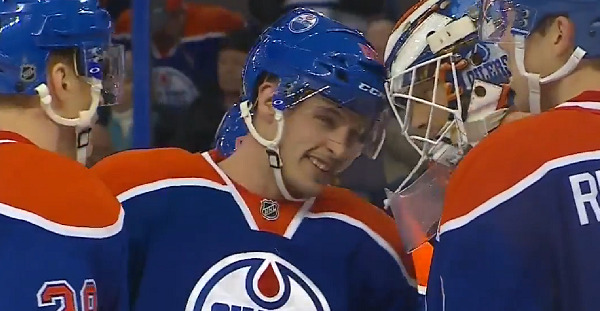 It’s a safe bet that Edmonton will add a defenceman, and for
the sake of argument let’s say that the defender comes at the expense of one of
the forwards. To make things easy, I’m going to call the forward
Nugent-Hopkins, but the math doesn’t change if we make it Hall or Eberle or
Draisaitl instead.
Advertisement
Ad
Advertisement
Ad
In this event, the Oilers would protect three defencemen
(Sekera, Klefbom, new guy) for sure. With a 7-3-1 approach, Davidson and
Reinhart would be exposed. With an 8-1 approach, Pouliot and Davidson are
protected and the Oilers would likely lose one of Maroon, Reinhart or Khaira
(in my view; those who would rather protect Maroon/Reinhart or something along
those lines can adjust accordingly).
That’s not ideal, but it’s doable. If the Oilers add a
second defenceman, things get interesting.
Here, 7-3-1 isn’t a realistic option; we may assume that
Edmonton would want to protect both of its new additions, plus Klefbom, and
will need to protect Sekera. That means 8-1 becomes a necessity, and there are
only four spots left—three for our remaining forward locks, and one for the
group of Pouliot, Maroon, Khaira, Davidson and Reinhart.
Things get tougher if Edmonton adds anywhere else, or doesn’t
move one of its big forwards in the trade for a defenceman. For example, adding
someone like Andrew Shaw via trade or David Backes via free agency (both
right-shooting centres) would mean another body would likely land on the
protected list.
Advertisement
Ad
Advertisement
Ad
There’s another point, here, too. Having room on the
protected list next year is going to be really valuable, even if a team doesn’t
have a specific player in mind to protect. Lots of teams are going to find
themselves at risk of losing really good players for nothing, and it’s an
awfully good bet that if the Oilers have space for an extra defenceman on their
protected list next summer they’ll be able to get him for a relative song.
This isn’t necessarily decisive. Adding two defencemen may
be worthwhile even if it means losing a Davidson or Pouliot over a Reinhart or
Maroon, and even if it means paying full price for a player who will come at 60
cents on the dollar next year. It just means that there’s a secondary cost
associated with adding that second defender now, above and beyond trade
cost/contract cost.
Advertisement
Ad
Advertisement
Ad
As I see it, that increases the incentive to add one really
good (i.e. 25+ minutes per game) defenceman this year but to wait another
season before adding a second high-end rearguard. If Sekera/Fayne or
Davidson/Sekera can handle second pair duty for one season without bleeding out
(Sekera/Fayne was a 50% Corsi duo last year with a 44% zone start against tough
opponents) and Klefbom/new guy can soak up major minutes in a top-pair role it
would give Edmonton valuable flexibility when the expansion draft rolls around.
That may not be the best course of action, depending on what’s
out there. But if the price on two defenceman is high enough, an expansion
draft a year from now might tip the scales in favour of just getting one.