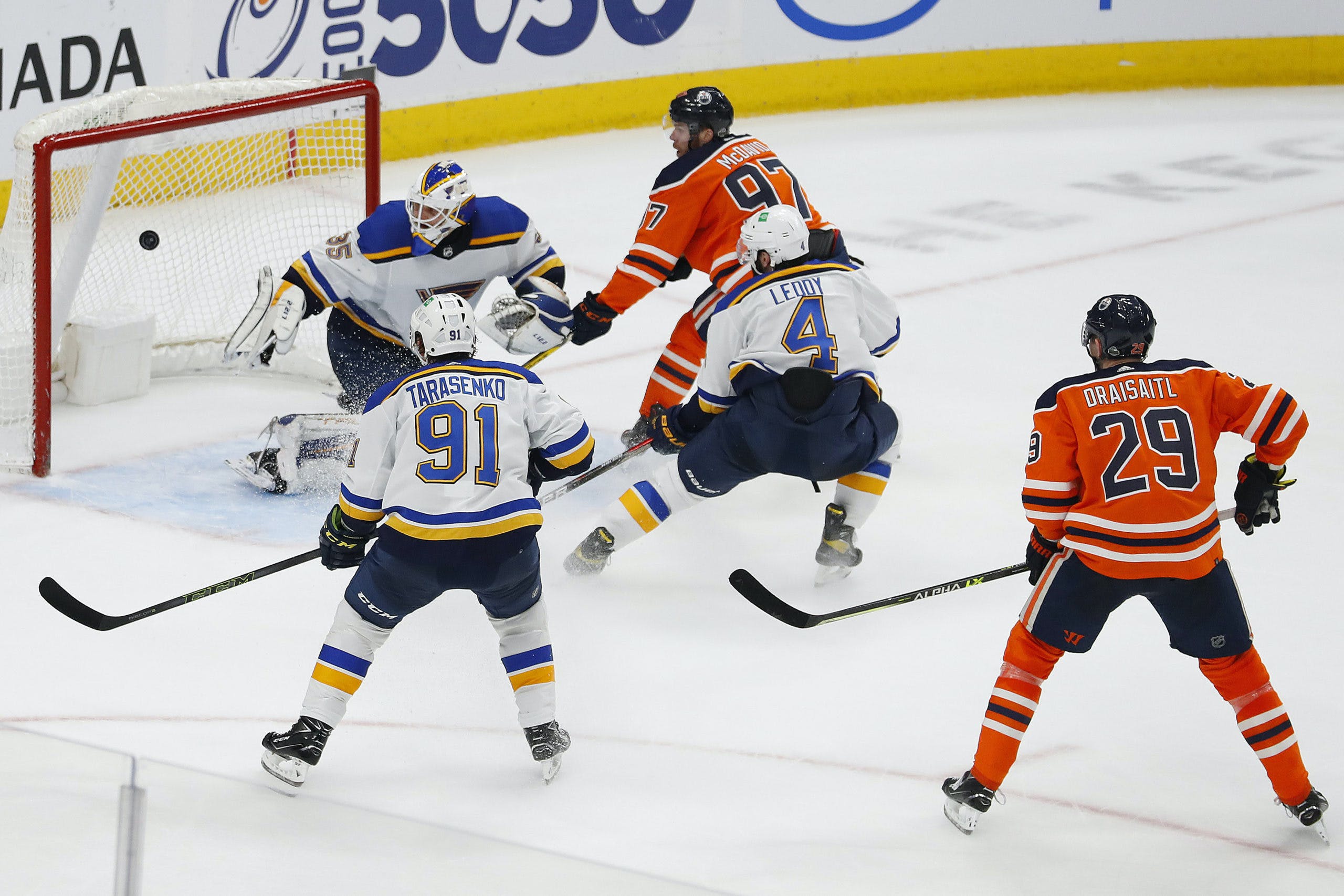 By baggedmilk
3 months ago
Welcome to our game day content brought to you by NHL Lines site Betway!
The Edmonton Oilers got themselves back in the win column with a gritty effort against Carolina, and they’ll need more of the same if they’re going to keep the good times rolling against the St. Louis Blues. Ladies and gentlemen, it’s game day.
Did anyone else wake up today forgetting that the Oilers played early instead of being the late game on Hockey Night in Canada? I know I’m still shaking the pre-season rust off as we get back into the game day rhythm, but if I’m being honest, I was dangerously close to not even having this GDB started by the time the puck dropped. Good thing I accidentally saw the broadcast schedule on Sportsnet this morning, amirite? My own incompetence aside, I’m fired up for this hockey game. Not only do I love a good matinee — the Oilers have actually been pretty good in early games over the last few years — but going up against the St. Louis Blues will also provide us with another look at how our boys compete against a strong opponent. While maybe not the same team that won the Stanley Cup a few years back, the Blues are still a formidable opponent that will punish you for your mistakes, and as we know all too well, the Oilers haven’t exactly been lights out defensively to start this season.
At the other end, it’s hard to tell what kind of team the St. Louis Blues will be just yet because they’ve barely played so far. This afternoon’s matchup with the Oilers will be only the third game for the Blues, an early season oddity that saw them play only two games in the first week of regulation play. So what should we expect? It’s a good question. In these early days, teams can be rusty with their execution, and based on what I could find, the Blues haven’t exactly looked like world-beaters despite picking up wins in their first two games. On Wednesday night against Seattle, St. Louis won the game in overtime but the numbers (notably Martin Jones’ .857 save%) suggested that they might have gotten lucky. On the flip side, there’s just as much of a chance that St. Louis puts it all together to give the Oilers their toughest test of the season. No doubt, this will be another big test for our boys and I’m eager to see how they respond to the challenge.
Let’s see what the numbers say.

Kane – McDavid – Yamamoto
RNH– Draisaitl – Hyman
Foegele – McLeod – Puljujarvi
Shore – Ryan
Nurse – Ceci
Kulak – Barrie
Murray – Bouchard
Niemelainen
Campbell
To this point, the Oilers have been anything but solid in their own end and that’s a trend that needs to change in a real hurry, especially when up against a team with weapons like the Blues. Against Carolina, the Oilers were undoubtedly better on the defensive side of the puck but there is still plenty of work left to do before they’re anywhere near ready to contend. The good news is that the Oilers have competed reasonably well against the Blues over the last handful of years — they’re 5-5-0 against St. Louis since December 2017 — and I’d love for that trend to continue as we look to gain some traction on this new season.

Saad – O’Reilly – Kyrou
Buchnevich – Thomas – Tarasenko
Neighbors – Schenn – Barbashev
Toropchenko – Acciari – Walker
Leddy – Parayko
Krug – Faulk
Mikkola – Bortuzzo
Binnington
When I look at this Blues roster, the thing that stands out is that there are plenty of guys in that top six that can burn you if given the chance, and it will be up to the Oilers to avoid giving them any additional opportunities that they wouldn’t earn themselves. I’m talking about the drop passes to no one in particular, the breakout passes that are a foot too short or too long, and anything else that gives St. Louis the chance to get the play moving back the other way. Remember, defence first then friendship.

For the second game in a row, the Blues were out of sorts. They seemed to get worse as the game went along, though they managed to scrap together enough plays to get the two points.
The first period was messy, but somehow the team came out with a 3-1 lead. The second was better in terms of possession and pressure, but the turnovers and mistakes came back to haunt them and the Kraken tied it up.
The third period was as lackluster as we’ve seen from the Blues in quite some time. The lack of offense was worrying and the defensive structure was not what you expect from St. Louis.
The Blues felt fortunate to get the point and you simply never know what will happen in three-on-three. Thankfully, we did not get the usual Blues forward slipping, leading to a rush the other way.
St. Louis might not have earned the two points, but it doesn’t matter. They got them and they need to get better in the next one at Edmonton. 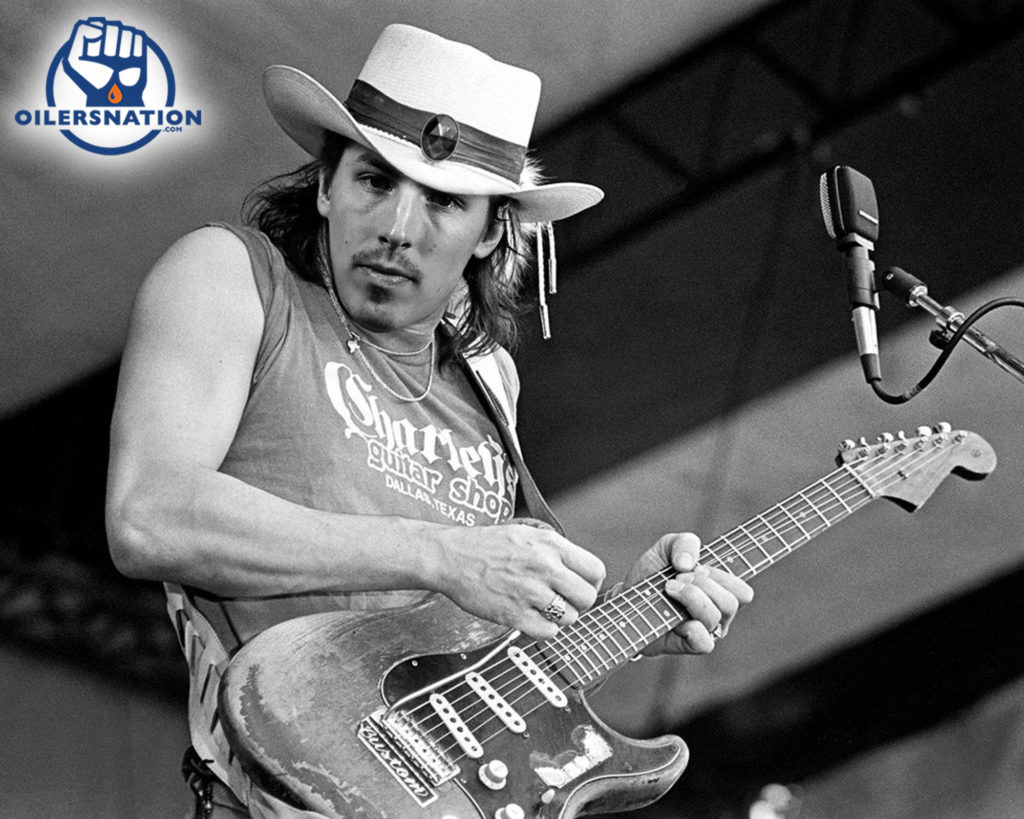 Keep up with all of the Nation Network podcasts and shows by subscribing to our YouTube page.
Editorials
Featured
Oilers Talk
Recent articles from baggedmilk