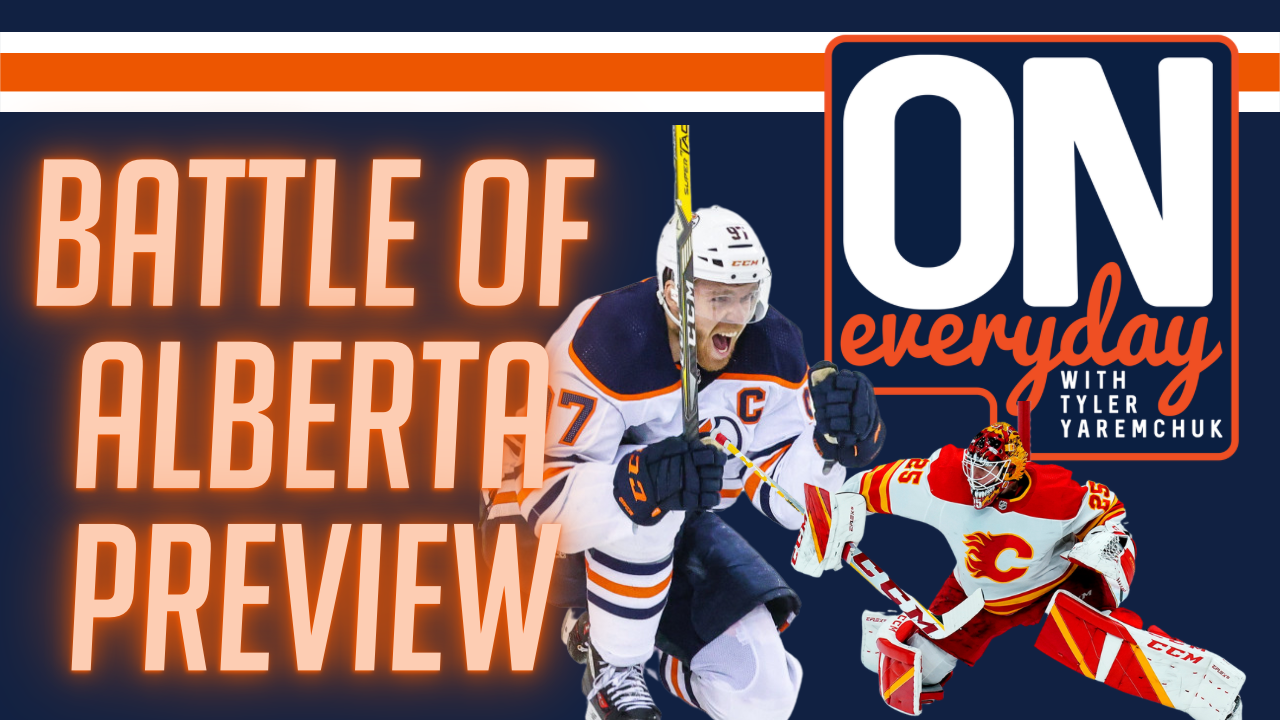 By Liam Horrobin
1 month ago
The day has finally arrived, the Edmonton Oilers welcome the Calgary Flames to Rogers Place tonight for their first matchup of the season. Unfortunately for Oilers fans, this will be the only Battle of Alberta we will see in Edmonton this season, with the other two meetings going down in Calgary. Nevertheless, this is a game we have all had circled on our calendars and it is coming very early in the season.
The big news out of the Flames camp is that Dan Vladar gets the start between the pipes. The decision to leave Jacob Markstrom on the bench is because Calgary want to play Vladar at least once a week, or so they say. In the postseason, the Oilers found holes in Markstrom’s game exposing his weakness. Of course, the Oilers will see him in the future but tonight they have the task of beating Vladar.
The biggest storyline out of Calgary is the changes to the lineup. Their forward group is without Johnny Gaudreau and Matthew Tkachuk and is now led by Jonathan Huberdeau and Nazem Kadri. However, the biggest improvement has come on the blue line with the addition of McKenzie Weeger. Tyler, Jay, and Liam discussed all of that plus some betting talk courtesy of our friends at Betway on OilersNation Everyday.
Viewers can catch Tyler Yaremchuk on Oilersnation Everyday at noon mountain on  The Nation Network YouTube page. You can also view the show on Twitter and Facebook. After the show has streamed live, you can find it on all your podcast providers.
Oilers Talk
Shows
Recent articles from Liam Horrobin