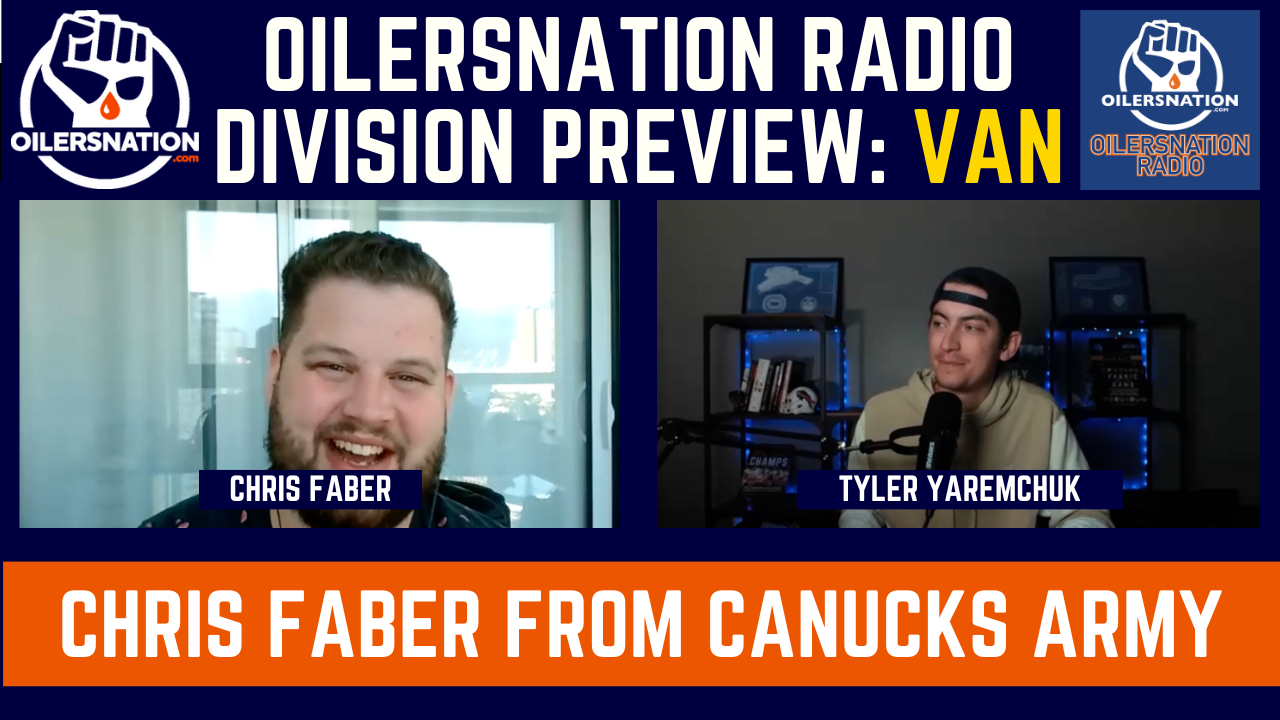 By Tyler Yaremchuk
2 months ago
I continued my Oilersnation Radio division preview series today with a stop in Vancouver to chat with Chris Faber of Canucks Army about what the team got up to this summer. After a brutal start to the 2021-22 campaign, the Canucks made a very strong late-season charge under Bruce Boudreau and ended up only missing the playoffs by five points. After an active summer of transactions, can they find a way to sneak into the postseason in 2022-23? Chris gave me his take on that. Their forward group looks better and with Thatcher Demko between the pipes, goaltending won’t be an issue but there are some concerns with this team. We covered it all in today’s preview.
We also talked about the rollercoaster year that Elias Pettersson had last year and whether or not he can find a way to be a point-per-game producer for the Canucks this season. I also asked Faber how aggressive he thinks GM Patrik Allvin will be throughout the year when it comes to trying to fix the issues that exist on the team’s blue line.
Also, keeps your eyes peeled for ‘Oilersnation Everyday’ which gets going on Monday, October 3rd. It’s a 30-minute daily live show, hosted by me, that you can watch on The Nation Network YouTube channel! We’ll also stream on our Facebook and Twitter!
Previous Previews:
Oilers Talk
Podcasts
Recent articles from Tyler Yaremchuk