By Tyler Yaremchuk
1 year ago
By adding Evander Kane, the Oilers have given their forward group an extra layer of depth. Ryan Nugent-Hopkins and Zach Hyman appear capable of giving the Oilers a third line that both score and be trusted in their own end and as always, the top six will be carried by McDavid and Draisaitl.
If the team recalls Dynal Holloway at some point, which seems to be the expectation as the 2020 first-round pick has posted five points in his first five AHL games, then you can see how the Oiler’s top nine is looking pretty complete. Honestly, it might be a group that’s good enough to take this team through a playoff round or two.
The rest of the team doesn’t look that way. They could use a left-handed defenseman and a starting goalie. Ken Holland doesn’t seem to be interested in paying a high price for a rental, but with the way this forward group is looking, I wonder if he will change his mind on that between now and the deadline.
If the team starts winning and looks like a lock to make the playoffs as they did back in November, then how could he not consider pushing his chips into the middle and going all-in? Evander Kane, Kailer Yamamoto, Jesse Puljujarvi, and Evan Bouchard are all contributing on dirt-cheap contracts. Why not try putting this group over the top? It just makes too much sense.
The rumour talk surrounding the Oilers has gone quiet since they officially added Evander Kane. The goalie talk has gone hush and it doesn’t sound like Holland has his eyes on much more than that. That will certainly change in the next month as we get closer and closer to the March 21st deadline.
Here are some rumours that have caught my eye from around the league.

So new GM Kent Hughes has come out and said that pretty much anything is on the table. That includes 34-year-old defenseman Jeff Petry. The former Oiler is having a down season right now but that’s a product of his surroundings. If he goes to a contender, the belief is that his game will rebound.
He comes with a $6.25 million cap hit, which is very close to what his market value is. If the Habs were willing to keep a little bit of that deal, they will likely get a very solid return for Petry. I mean, who doesn’t want a legit top-four defender who can kill penalties and chip in with some offence?
Elliotte Friedman mentioned the Dallas Stars as a possibility in his most recent ‘32 Thoughts’ blog and that would certainly make sense if the team moves on from John Klingberg but wants to stay in the playoff race.
This could also very well lag out until the summer when teams have more cap flexibility.
Another name to keep an eye on in Montreal is @Artturi Lehkonen. The 26-year-old winger has a $2.3 million cap hit and is a pending RFA. Frank Seravalli has talked about Lehkonen before and has said that there is considerable interest in him. He even went as far as to say that he believes the Habs could get a first-round pick in a deal for him.
The comparison is being made to @Blake Coleman and @Barclay Goodrow, who were big parts of the Lightning winning back-to-back Stanley Cups. The fact that he is under team control and the Habs could knock down his cap hit 50% will make him very appealing to a lot of contenders.
As for any potential fits for the Oilers on the Habs roster, I just don’t see much. @Ben Chariot would be a great add, but I’m not convinced that he’s worth a first-rounder. The Oilers need a second or third pairing option to play behind Nurse and help take some minutes away from Keith. I don’t see them giving up a first for that.

Chris Johnston reported on Insider Trading that the Arizona Coyotes are willing to take back contracts ahead of the NHL’s trade deadline. I would imagine that Ken Holland would be making a call to Coyotes GM Bill Armstrong about exactly that.
@Mikko Koskinen is a UFA at the end of the year and has a $4.5m cap hit. That would be the kind of player I would imagine that the Coyotes would be willing to take if the price is right. Maybe the deal would be a mid-round pick and Mikko Koskinen for a depth forward or something along those lines. Maybe it’s just straight-up Koskinen and a pick for nothing.
There will be plenty of teams looking to do exactly that and the fact that the Coyotes are seemingly making it known that they will take back some deals could lead to them holding a weird kind of bidding war. 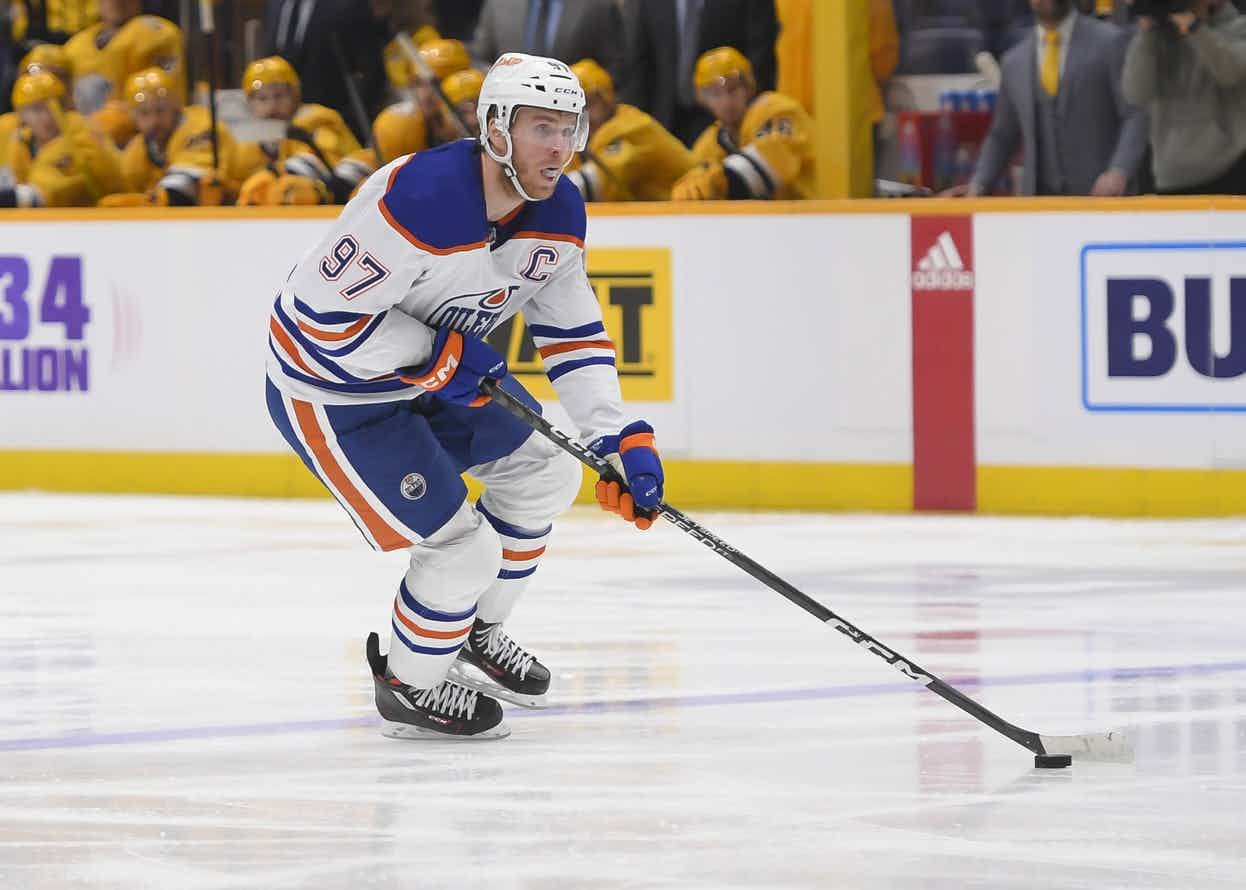