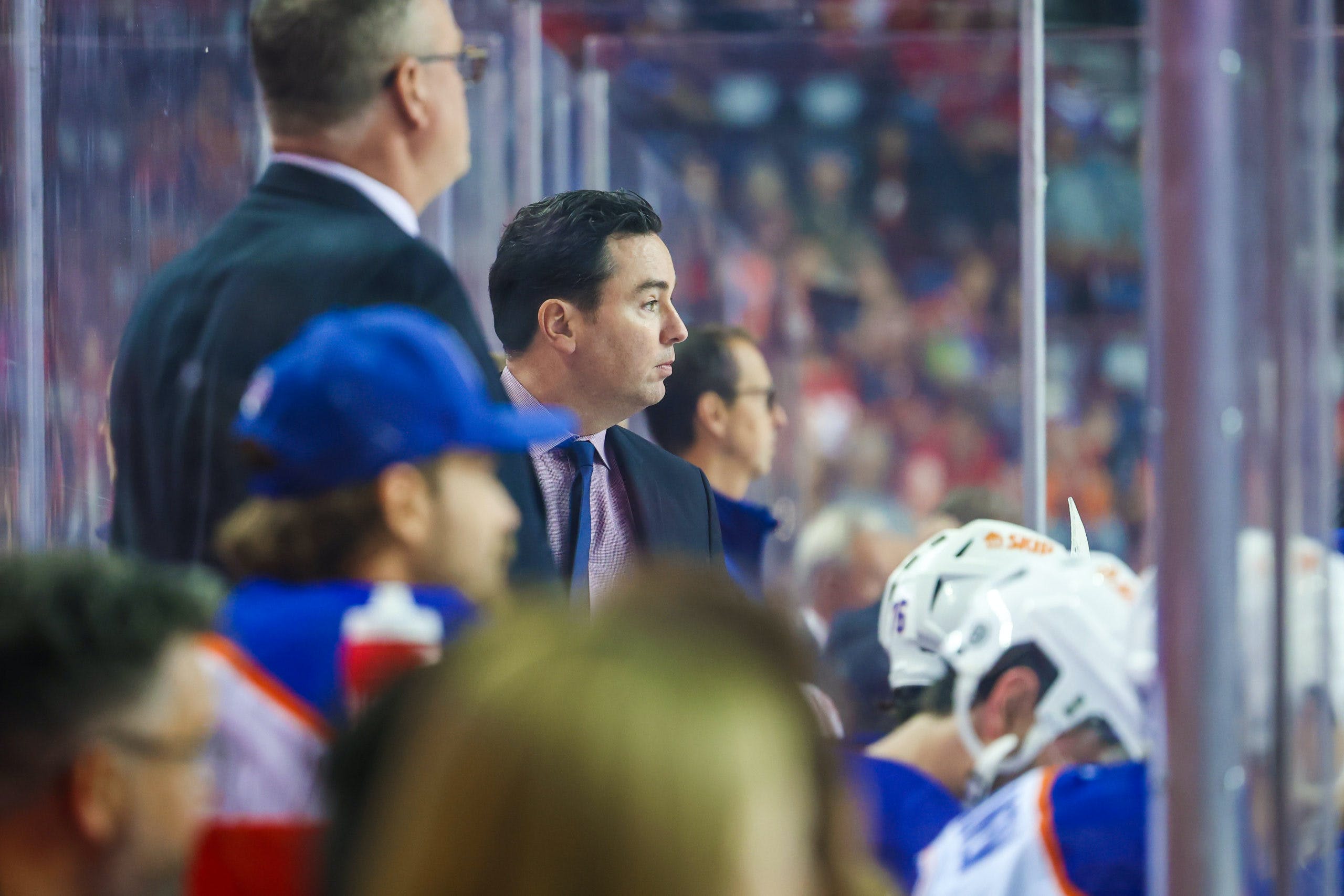 Barzal gets the bag

A massive deal has come the way of Mat Barzal, who on Tuesday inked an eight-year, $9.15-million extension with the New York Islanders.
Advertisement
Ad
Advertisement
Ad
The 25-year-old is coming off a season that saw him score 15 goals and 59 points in 73 games leading the Islanders in points. This year, Barzal will play out the final season of a three-year bridge deal he signed out of his entry-level contract that paid him $7-million a year.
Barzal will forever be linked to the Oilers in one way or another after they traded a first-round pick the Islanders later used to draft him. That Griffin Reinhart deal will forever be one of the worst in franchise history.
Nonetheless, the Oilers would’ve found themselves in tough positions around this time given the hefty salaries Barzal earned on his deals.

Nick Kypreos on SN590 re the state of the Arizona Coyotes arena: "There are some real rumblings about the boys not being happy down there. Like really upsetting… Even worse (than they were expecting)"

Advertisement
Ad
Advertisement
Ad
Well uh… this is awkward.
According to Sportsnet’s Nick Kypreos, it sounds like things are a little rough around the edges down in Arizona. We knew this experiment of them playing out of Arizona State University would be a sight to behold, but the fact the players are already complaining is not ideal.
This will be an interesting story to follow as the year progresses.

How many players will score 50 this year?

This was one of the talking points on Tuesday’s episode of Daily Faceoff Live. With last year having four, Frank Seravalli and Tyler Yaremchuk had a back-and-forth conversation about it.

Seravalli: “It’s a small list. I’m going to say three. I’m going to go with Matthews, Draisaitl, [Kyle] Connor, and the guy knocking on the door is the other Connor in Connor McDavid. He hasn’t gotten to that 50-goal mark just yet, and he’s made it a point to try and score more goals, 44 being the career high last year. It still kind of amazes me that he didn’t win the Hart Trophy last year, and it’s not to say that Auston Matthews didn’t have a great year, I think we just became infatuated with the idea of 60 goals. He was outstanding, but we had the best player in the world, probably inarguably, score a career high in goals and a career high in points, and he doesn’t win the Hart. It was just an odd way that it ended, and then you see the dominance from McDavid in the postseason, and the point totals, and what he was able to accomplish. It feels like he’s going to that next level, and for him to break through with six more goals, he’s there. I think Kirill Kaprizov has a really good chance too, so four, maybe five.”
Yaremchuk: “You mention Kaprizov, you mention McDavid, I actually have them both hitting the mark, but I’m going with only four 50-goal scorers because I actually have Ovechkin missing out on it and Chris Kreider missing out on it as well. So I’m going with Matthews, Draisaitl, McDavid (so the Oilers will have two), and Kirill Kaprizov as my four 50-goal guys, with Kyle Connor probably being right on the doorstep.
If there’s one guy whose maybe not considered a conventional 50-goal guy, I’m intrigued about Jason Robertson. He needs to get into the lineup now. If he misses the first week or whatever of the season with a contract holdout, he’s probably not getting to 50 goals, but if he’s a guy that if he gets all 82 games in, I’d be really curious to see if he can take a jump.
As we wrap this up, anyone lower down that a lot of people don’t talk about that you think has an upside shot at it?”
Seravalli: “David Pastrnak in a contract year I think is interesting, a guy that has gotten to 48 before, and contract years go one way or the other. Either the player wilts under the pressure of that or busts through the way that Johnny Gaudreau did last year.”